I posted a few weeks ago about this, now just getting around to testing the texture tonight. A co worker has a Texture Pro hopper gun by Walboard. Attached are a few pics. I am using a tip that has .25″ opening, the largest he has. The area I am doign first is in a walk in closet, not so picky here but the bathroom other side of wall is critical to blend in as best as I can.

I mixed mud to oatmeal consistancy and get small grouped together mud plater that pretty much covers the entire area. (see attached pic) The air is set at 25psi.

I mixed in very little water – not much of a difference.

I experimented with flicking it on(attached is a pic)

Also attached is the texture of the eniter home which I am attempting to match, my hand is in the pic to show scale. The texture looks very thick blobs that have been knocked down with alot of area between – not so close and thick.

Any ideas to pass on?

thansk again for the all the help. 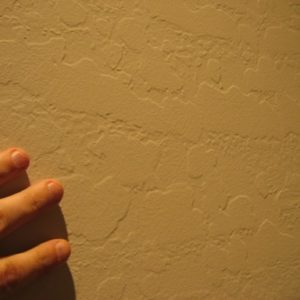 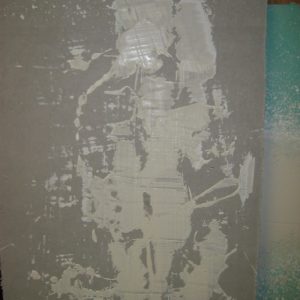 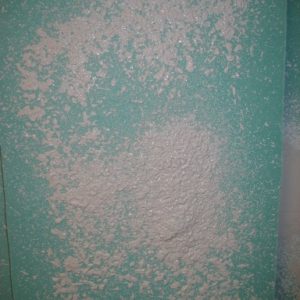