On construction topics I tread lightly be/c others here have vastly more experience. On software design I don’t need to tread as lightly, be/c I have a coupla credentials. So herewith, my very serious suggestions for redesigning this forum:

1. The default for posting a message should be ALL, not the creator of the post from which you arbitrarily chose to click REPLY just because there was no other way to reply. In the alternative there should be a generic Reply button, but that’s not advisable because there are already too, too many thinks on the screen.

2. Way to much screen space is wasted. I define the actual words of an actual person as not wasted. Anything else has to earn its way onto the screen. On the screen I’m looking at now–just an arbitrary thread–actual content is barely 1/6 of the screen! That’s horrible. Would you feature a house in FHB where usable living space was 17% of the floorspace, the hallway was 33%, and utilities required 50%?

– if someone chooses a smaller font, make it apply to the From/To header also. Big text there and small text msg looks dumb. If I pick small, I kinda mean it.

– every single reply wastes 1/2″ of space at the bottom. Move the reply button to the header of the reply and move the options button there, too (or get rid of it or hide it better) and you allow room for, on average, maybe 20% more content.

– Make the extra info in the Reply header optional. It’s more than I need to see. Have a two stage header with a small triangle icon to open up a larger header if ya want more info. The default simple header should have To, X of Y, and Reply. From is usually redundant with signature, plus see #1. Date and time can be a drag over and display at the bottom of the screen. Look how much empty gray space is on the header! Sinful.

4. Lose the Previous Discussion/Next Discussion buttons in Advanced View. Who reads that way. They’ll use the list on the left, assuming you make it usable.

5. Lose the Rate My Interest line.

7. “Navigate this discussion” should not be in the scrollable section. It should be up top and not scrollable. If you come to reread the last response to a thread you’ve read before, you have to scroll, click the right navigate range, then scroll again. That’s like making you stop your car and get out of the door every time you want to change gears, or sumpin’ like that. If Frames requires it in the scrollable section, then it needs to be at both the top, under the discussion title (which should also ideally be static) and at the bottom, be/c those are the two places you’d want to see other messages.

8. If you’re able to make the discussion title static, then put a Reply button there, too. That would be a generic reply to the thread rather than a reply to the individual message. A heckuva lot more important than “Subscribe”. If you can’t make the title static, then hook the Reply button to the Navigate this discussion line at both top and bottom. Wanna make a bet of 800,000 milkbones that people would use this button 5 times more than replying to an individual message?

10. The Show Discussions interface is awful. Worst of all, it ain’t predictable. The options listed in the pull down menu don’t make sense for this group. I’m guessing that most everyone here knows exactly which folder(s) they frequent and with which priority. If I have, “with Unread Msgs” then I see the Tool folder or something else irrelevant to me jump to the top! What’s with that? I don’t care about the Tool folder or Help Wanted or fully half the folders. They should NEVER be up top or open for me. The other options are equally goofy? With attachments? With polls? C’mon. People here care about easily getting to the folder that’s meaningful to them and usually to the discussion they were contributing to.

– Folder sequence should be static and sequenced by the user, not by Prospero trying to read our minds.

– Get rid of the silly star. Seems redundant with the number of new messages listed

– Replace the folder icon with a rotating triangle that lets you open the folder like an outline. See the discussion list for that folder or don’t see it–user choice.

– If you click on the folder title, it should be the only folder shown, along with all messages. Click again to revert back to the folder outline.

– One line per discussion title. Remove the date/time to allow more room, or replace with name of discussion creator. If there are X new messages listed, then we don’t really need the discussions latest update time. Just knowing there’s something new is the key info.

– Put the number of messages next to the folder title and lose Post New be/c it’s redundant with the other post new. Or put it on the Folder title, too. Real estate is expensive–these don’t deserve a line to themselves. 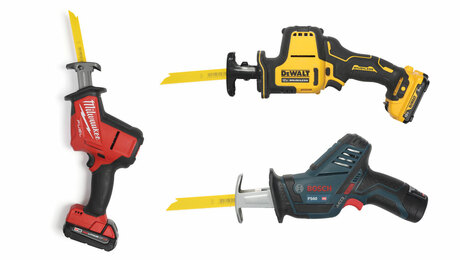