After spending 20 minutes in the hot tub, I exited the tub and went to check the chemicals with a test strip. I got zapped hard. I had the spa guy come take a look and he got zapped at the dedicated breaker box for the spa. The screws to the cover were hot. He said it was a problem in the house and left.
I called out an electrician and he checked the house breaker box and said everything in the box was fine so he left.
Soo, I called out another electrician and he spent approx 3 hours trying to figure it out. Nothing. He even called out the electrical company to check the transformer next to the house and he pulled the meter. The electric company said it wasn’t on their end. So it’s somewhere in the house.
About 3 months ago I got a slight tingle from a chicken plucker while processing chickens out in the yard. The plucker was plugged into an extension cord that plugged into a exterior gfi outlet. Nothing tripped. I figured it was because water had got into the plucker motor.

So here is what I’ve tried:
– checked every outlet with a tester and everything is wired correctly.
– checked the ground rod and there is constant voltage that varies from 20-90 volts. (It depends on what is being used in the house.)
– I had the wife turn off 1 breaker at a time trying to isolate the circuit but there wasn’t just one circuit that shut the power off to the grounding rod or spa. Some of the breakers dropped the voltage down 5 volts,12 volts and so on. It seemed random. The main breaker did kill all the power to the spa and ground rod.
– with the main power on, I shut the outside breaker off to the spa and still had 12-20 volts in the water.
– tested the spa water with and without the jets going and the jets increase the voltage in the water to 80volts.
– checked the spa water while my wife used the oven in the house and it read 112volts.
– checked the voltage on each breaker with a multimeter and they all had approx 123 volts.
– all lights and appliances work in the house.
-the electrician bypassed the feeder wire between the meter and the electrical panel just to rule out an issue there. Everything stayed the same.

The electrician said he was going to talk to his boss and see if he had any ideas. I’ve got about 2 feet of soil before hitting bedrock so I’m thinking I need to upgrade my ground to start with. Other than that, I’m just going to wait for the electrician to try and figure it out.

My guess is that I have a Brad nail/screw through a wire and a crappy ground. Or this place is haunted.

Any suggestions?
Thanks for your time. 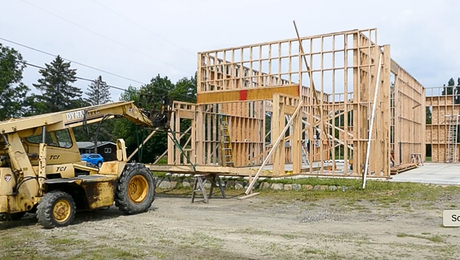