Pouring a slab under a pier and beam …

*
I’m looking at buying an older house that is built on piers and beams. The floor is uneven, and probably more critically important is the fact that my wife doesn’t like the thought of “critters” possibly getting under the house.

I suggested that I had seen a few jobs over the years where the houses had been jacked up and moved over so that a slab could be poured underneath. The house was then repositioned on the new slab.

Questions: 1. Is this cost effective?
2. What does one have to “keep an eye on” in this type of remodeling? ie: What are the potential pitfalls?
3. Any suggestions?
4. We’re in north central Texas and I know that costs vary across the country, but does anyone have a ballpark idea on costs for jacking, and moving a house with a footprint of about 1,400 sq. ft. – 2 stories.
5. Further north of here I’ve seen houses raised, basements dug underneath and the house just lowered back down on the new foundation. Can a house be raised enough to pour a slab underneath, thus eliminating the need to move it out of the immediate slab area? 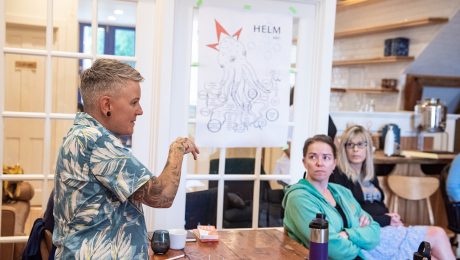