New poster here.  We are building a house and would like to do a wood ceiling in our shower.  Seems that teak would be the logical choice due to it’s water resistance, but open to suggestions.  The shower is just under 4′ by 8′ and we have a large flush-mount rainfall head that is going to be flush-mounted into the ceiling as well as four LED can lights.  Our bathroom is going to have a nice walnut wall across located about six feet from the shower and it is also open to our bedroom.  There is an exhaust fan adjacent to the shower so hopefully that will help.  I should mention that my family likes to take nice long steamy showers.

The house design is a shed roof design with all rooms being open to the ceiling.  The ceiling is not ventilated, but we did apply spray foam for the first several inches under the sheathing and then batt insulation beneath that.  We also flattened the ceiling over the shower, however, the shower is on the low side of the shed roof so there isn’t really any “attic space” to speak of above the shower – maybe just 6-12″ max between the ceiling of the shower and the bottom of the trusses.  I had the sheetrockers leave drywall off of the shower ceiling, which I’m discovering may have been a mistake.  After doing some research I am concerned about steam getting through the wood ceiling and into the roof structure of the house causing mold.  I’ve got a few ideas of how to work around that, but am hoping to get some advice from some of you seasoned pros.

First idea is to install a sheet of marine grade ply to the lowered shower ceiling and seal it with a spar grade finish and caulk around the perimeter.  Then veneer the plywood by gluing and/or tacking thin teak strips to it.  Not sure if I would have to finish the teak or not.  I would probably install the shower head and lights to the plywood and then teak around them if I use this approach to create the most optimal seal.

Second idea, install a vapor barrier (poly?) between the teak and the ceiling structure.  Using this method I would have to install the shower head and lights against the teak strips possibly increasing the potential of some air leakage.

Third idea, combine the two and install both marine ply and a vapor barrier, and then the teak.  I suppose this would just add some additional insurance, but are there any problems it could create that I’m not aware of?  And in what order would I want to put the vapor barrier and marine ply?

I’m open to any suggestions anyone wants to throw my way. 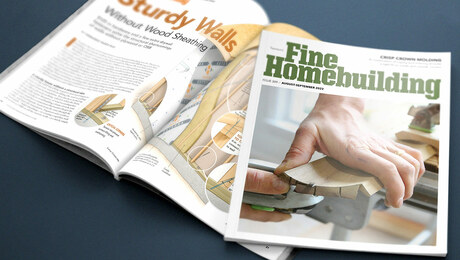