The future of truss/home design

We’ve covered some of this in the past on occasion, but I thought it might be worth a discussion of it’s own.

Got a plan today (For a commercial structure) with a note I haven’t seen yet. It said: “Truss manufacturer to provide erection bracing plan.” That’s the first time I’ve seen that on a plan.

So I called the company that provides our engineering, and talked it over with them. They consider erection bracing to be outside of the responsibilities of the truss supplier/engineer, and so don’t provide that service. They are considering doing it, though – For an added fee.

I’ve seen some other unusual notes too –

“Truss manufacturer to confirm that all walls are capable of supporting roof structure” That seems totally ridiculous to me.

Truss manufacturers also seem to be thrust into roles as architects/engineers frequently. We have to solve problems related to elevations that don’t work, and provide revised elevations/3D views. Most plans we get don’t have any engineering done on them, and simply have a dotted line labeled “BEAM” in the basement. We often have to specify all sorts of beams, from basement beams to beams that hold up the 2nd floor to garage door headers. Does that make us the “building designer” or “engineer of record”?

So what am I getting at? Well, I’m wondering exactly what role truss manufacturers SHOULD play in overall structural design.

In many areas of the country, we’re being called on to specify erection bracing. That’s a relatively new development – Unheard of 5 years ago.

If we specify bracing for the truss system, how about the overall structure? Like the wall bracing?

If we’re drawing and/or revising floor plans and elevations, should we just draw the whole dang thing to begin with? What’s the point in having an architect and engineer if were’re doing/revising all their work?

I realize I’m covering a heck of a lot of ground here. I’m not trying to say things should be one way or the other – I already know what I think and am curious what you think.

Where should the truss manufacturers draw the line on engineering and/or design responsibilities? 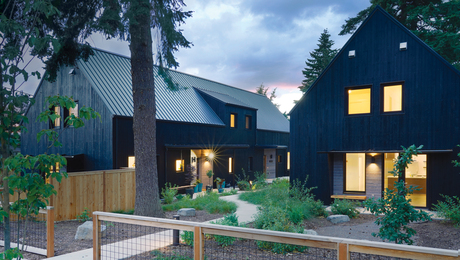 Building a Zero-Energy Home for Less