Synopsis: This overview of specialized wood screws compares head and drive design, corrosion resistance, and thread, shank, and point style, and explains how these differences make the screws suitable for specific tasks.

About 200 years ago, Job and William Wyatt, two enterprising brothers in England, transformed the wood screw into something carpenters and woodworkers were willing to use. Until then, Witold Rybczynski recounts in One Good Turn (Touchstone Books, 2001), screws were handmade by tradesmen known as girders. The Wyatt brothers automated the manufacture of screws using a lathe, producing a much better screw in a few seconds rather than minutes.

Today, most wood screws are made overseas, and few, if any, industry-wide standards exist. Nonetheless, it’s easier than ever to get a screw made for a specific job. Manufacturers continue to tinker with improvements, and some of them really are better than the old standbys.

Early wood screws were made with slotted heads because slotting was easy to do, but they are terribly inefficient. Slotted heads do not center the driver automatically. Under load, the tip of the screwdriver easily skates out of the slot, and slotted screws are notoriously difficult to use with a power screwdriver. How many times have you gouged your work or yourself while driving a slotted-head screw?

The other familiar design that’s losing ground is the Phillips head. Perfected by Henry Phillips in the 1930s, it became the standard on auto-assembly lines. Phillips drivers “cam out” of the recess when they reach a certain torque so that fasteners are not overdriven. This characteristic often forces you to fight the head design to seat the screw head, and it’s likely you’ll strip the drive.

Square, Quadrex and Torx are drive designs that work

Canada’s Peter Robertson patented the square-head recess in 1907. It makes one-handed fastening easy because a screw fitted on the end of a square-drive tip stays put; you’re not pushing down all the time to keep it engaged. Square drives have more contact area, which can work against you, too. Having a clutch on a power screwdriver will save you from overdriving this screw. 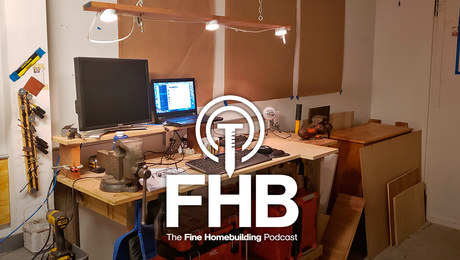