What started as a simple roof-framing repair turned into years of history lessons and headaches.

Scott McBride needs a job. At least he will next year when he finishes his part of the restoration of Montpelier, the Virginia home of James Madison, fourth president of the United States. McBride’s company, Mustard Seed Master Builders, has been helping to set the historical record straight by bringing Montpelier’s original 12,000-sq.-ft. form back from 160 years of remodeling and decay. For more on this, read Modern techniques restore a historic house.

McBride, who is a contributing editor for Fine Homebuilding, has taken part in some important historic restorations, but nothing quite like this. As McBride explains: “When I initially met with Mark Wenger (the project’s architectural historian), he said to me, ‘This is the most important house you or I will ever work on.’ And so it is.”

A history of remodeling

Montpelier was built around 1760 by Madison’s father, added to in 1797 after Madison retired from Congress, and expanded again in 1809 after his election as president of the United States. After Madison’s death, his widow, Dolley, kept Montpelier until 1844. The property bounced from owner to owner until it was bought by William duPont in 1901.

The duPont family added 33 rooms to the 22-room mansion. When Marion duPont Scott, William’s daughter, died, she bequeathed the house to the National Trust for Historic Preservation, asking that it be restored to its condition when James and Dolley Madison lived there.

A historic house that grew up and down

In his lifetime, Madison accomplished two major renovations. After his death, the house was further expanded up and out, but Marion duPont Scott dictated in her will that the house should be restored to its Madison-era appearance. 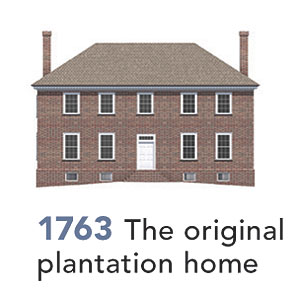 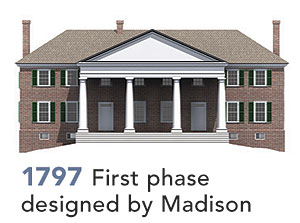 Turning back the clock

Enter armies of archaeologists, historians, architects, and master craftsmen, Mustard Seed Master Builders among them. What started as a simple roof-framing repair turned into 21/2 years of heart pine, history lessons, and headaches.

“The late date of this restoration has been both a blessing and a curse,” says McBride. “On the one hand, it has enabled us to avoid many of the well-meant mistakes made by early restoration pioneers. On the other hand, it has imposed a weighty mandate to get the details absolutely, unflinchingly right.”

This has meant saving as much of the original house as possible. One example is repairing rafters that had been cut for roof additions. McBride’s team spliced to the original rafters, matching the various wood species that had been used. New parts are marked so that future historians will know where the splice came from and when. Montpelier is open daily except Christmas and Thanksgiving (www.montpelier.org).

In the meantime, if you need a crew of master builders to work on a house, a barn, or a chicken coop, now would be a good time to call Mustard Seed. 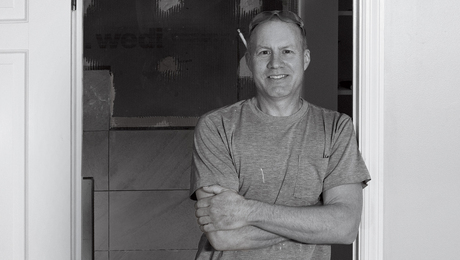 After years of being discouraged from the trades, this craftsman finally left the corporate world to pursue a career in building.