I keep reading about how energy efficient compact-fluorescent lightbulbs are, and I agree that saving energy is important. I’ve also heard that compact fluorescents contain mercury. Is this a bad trade?

Senior editor Daniel S. Morrison replies: Compact-fluorescent lightbulbs (CFLs) use about 70% less energy than old-fashioned incandescent bulbs, and they can last 10 times longer. But that energy efficiency comes with a price: mercury.

Mercury has long been identified as highly toxic. In humans, it can harm the brain, heart, kidneys, lungs, and immune system. According to the Environmental Protection Agency (EPA), “High levels of methyl-mercury in the bloodstream of unborn babies and young children may harm the developing nervous system, making the child less able to think and learn.” Ironically, mercury is an ingredient in scores of consumer products, including cosmetics (eyeliner, mascara, and skin creams), children’s sneakers, thermostats, and fluorescent lights.

CFLs contain around 4 mg of mercury, a small amount compared to what can be found in fluorescent tubes, neon lights, and thermostats.

But is mercury content for energy efficiency a bad trade? Let’s look a little deeper. Mercury is a naturally occurring element that is found in many rocks. One of those rocks is coal. When coal is burned, mercury is released into the air. As it turns out, coal-fired electricity plants are the single-biggest source of airborne mercury in the United States (40%), followed by industrial boilers (10%), hazardous-waste burning (5%), and chlorine production (5%).

Mercury in the air eventually settles into water or onto land, where it can be washed into lakes and rivers. There, microorganisms convert it to methylmercury, the most-common form of mercury exposure in humans. Mercury concentration builds up in fish, shellfish, and animals that eat fish, including people.

Mercury in a CFL isn’t dangerous as long as the bulb doesn’t break. But burning coal always releases mercury, which ends up in the air, the soil, and the water. While we’d like there to be no mercury in a CFL, at least fluorescents have a comparatively tiny amount. I think it’s a good trade.

Unbroken CFLs should be recycled, which can be challenging in many places. Start by going to www.epa.gov/bulbrecycling for info. Broken bulbs should be cleaned up and thrown away. Click on the “read more” box below for instructions on how to properly clean up a broken fluorescent light.

How to clean up a broken fluorescent light. If a fluorescent tube or compact-fluorescent bulb breaks in your home, don’t just reach for the vacuum cleaner. Instead, follow the EPA’s cleanup instructions.

If a fluorescent tube breaks on a hard surface:
1. Open a window, and leave the room for 15 minutes or more.
2. Scoop up the fragments and powder with stiff paper or cardboard, place them in a plastic bag, and seal it.
3. Wearing disposable rubber gloves, wipe the area clean with damp paper towels, and place the paper towels and the gloves in a plastic bag.
4. Put the first bag in a second plastic bag, seal it, and put it in an outdoor trash container.
5. Wash your hands.

If a fluorescent tube breaks on a carpet:
1. Remove as much glass and powder as you can with stiff paper or cardboard.
2. Use the sticky side of duct tape to pick up the smaller pieces.
3. Place the debris and the tape in two plastic bags, and seal them.
4. When all the visible materials are removed, vacuum the area, remove the vacuum bag, and put the bag or vacuum-canister debris in two sealed plastic bags in the outdoor trash for disposal. 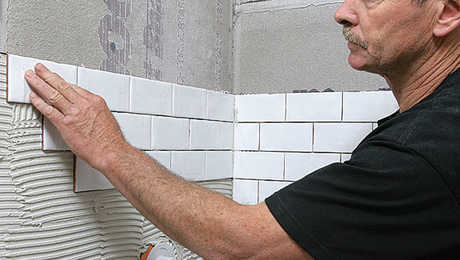