Less energy than my neighbor drinks

Aside from sunshine and warm bodies, the only heat source in Gunter Lang’s superinsulated house in Austria is a stove that burns alcohol. So how much heating energy does his house use every year? “Less energy than my neighbor drinks” was how Gunter explained it to a couple hundred attendees at the fourth annual North American Passive House Conference in Urbana, Illinois a few weeks ago. Gunter is the executive director of IG Passivhaus Austria and delivered the keynote address.

The Passive House movement (Passivhaus) started in Germany 15 years ago and recently spread to the United States. It is a group of builders, architects, engineers, manufacturers and others focused on reducing the energy use of buildings, large and small, including houses. They’ve developed a rigorous standard that results in a building using up to 90% less energy for heating and cooling. Over 20,000 buildings in Europe have been certified to meet this standard. So far only a handful of homes in the U.S. have been certified, but many new projects, aimed at meeting the standard, where presented in Urbana. And by the end of 2009, there will be over 200 people in this country certified as Passive House Consultants, so the movement should continue to grow exponentially.

I went to conference because I wanted to learn more about Passive House and because, since leaving my job as the editor of Fine Homebuilding, I don’t have anything better to do. Although the presentations at the conference were generally quite good, I will spare you the blow-by-blow recap, which invariably proves tedious. Instead, I’ll just hit the highlights of what I learned.

Unlike other “green” building programs, the Passive House Standard doesn’t give a damn how you build a house or what materials you build it with. It is concerned with only three things:

A waste of good glass.

Why would meeting the Passive House Standard require the use of imported windows and doors? According to one presenter at the conference, the best triple-glazed wood windows made in the U.S. are “a waste of good glass.” With the possible exception of Serious, the only American window manufacturer exhibiting at the conference, if is difficult or impossible to meet the Passive House requirement for airtightness with American windows. Canadian manufacturers, such as Thermotech, do a much better job, and the Germans, whose windows operate like the door on a bank vault, are the masters.

Not all passive houses are ugly.

I hung around after the conference and went on a tour of passive houses in the Urbana area. The first three were basically square boxes with shed roofs and minimal windows. I’m not saying they were ugly (the person who designed them might read this), but they were certainly plain and could hardly qualify as charming in the traditional sense (you might, however, argue that minimal heating bills are pretty damned charming). In their defense, all three homes were built on a minimal budget. (Two were designed for low-income, first-time buyers. The other was an owner/builder project.). The fourth house, however, was a very pretty three-bedroom retirement house that I would have been happy to feature on the cover of Fine Homebuilding.

Thick walls are a must.

I saw projects presented that had double-stud walls, walls built with wood I-joists and walls using Larsen trusses, but they were all in the neighborhood of 12 inches thick. Many used some type foam insulation, but I also saw cellulose and blown-in fiberglass. Among the attendees at the conference, I heard plenty of concern about the environmental drawbacks of foam insulation, so my ears perked up when one of the presenters mentioned a rigid insulation board from Roxul that’s made of rock wool and has an R-value just over R-4 per inch.

Although the Passivhaus movement began in Germany, it depended in part on research done in the 1970’s in the United States and Canada. In fact, it was Wayne Schick at the University of Illinois (where the Passive House Conference was held) who coined the term “superinsulation.” Back in the 1970’s, Schick was part of a team that developed a design called the “low-cal” houses, which used ½ to 1/3 the energy of a normal house.

Does it have to be so complicated?

At the heart of the Passive House standard is an energy modeling program called the Passive House Planning Package or PHPP for short. I went to an introductory workshop on the program and was quickly reminded that I would rather carry sheets of plywood up to a roof than enter data in the PHPP (and that’s with my torn rotator cuff). How many windows? How big are they? What direction do they face? What’s the frame made of? What’s the U-value of the glass? How many linear inches of glass to frame are there? How many linear inches of frame to wall are there? And on and on and on. You get the picture. I was told that early in the learning curve it takes “days” to enter all of the data for a house. The good news is that this program is pretty good at predicting the actual results so it’s easier to know ahead of time whether you need 2 in. of foam under your slab or 12 in.

As I watched the presenter demonstrate the PHPP, my first reaction was to balk at the complexity of the program. Houses shouldn’t have to be so complicated. But then I realized that they are that complicated, whether I want to accept it or not. If I’m putting windows in a house and heating it with fossil fuels, then I’m engaging all of the factors that the PHPP attempts to manage. Without the PHPP (or similar energy modeling software), I’m flying blind, which, in this age of global climate change, strikes me as pretty irresponsible. Fortunately for me (and for all the other non-geek, builder types out there), I can rely on one those newly certified consultants to run the software while I focus on eliminating the thermal break at the footing.

European and Canadian window manufacturers offer products that meet the Passive House Standard. According to one presenter at the conference however, the best triple-glazed windows made in the U.S. are "a waste of good glass." 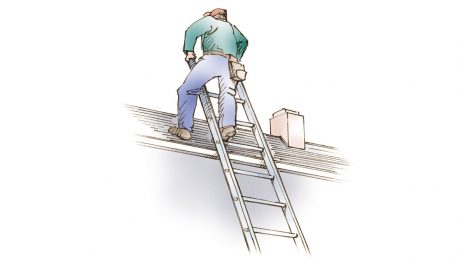