Women as a Growing Force in the Housing Market

In the film “What Women Want,” lead character Nick Marshall (Mel Gibson), a robustly chauvinistic advertising executive, gets zapped when he falls into his bathtub while fluffing his coif with a hairdryer. The accident leaves him mildly fried, but also able to read women’s minds – until later in the movie when he is zapped again, the “gift” disappears, and Nick faces reality with a more enlightened perspective on his formerly clueless self.

The movie’s conceit came to mind the other day when the National Association of Home Builders summarized a June 30 webinar featuring demographic specialist James Chung, president of research firm Reach Advisors. The webinar in part recapped a Reach Advisors research article published in the April/May issue of Urban Land magazine that suggests, for starters, prospective homebuyers born between 1979 and 1991 – a demographic group known as Generation Y – are more likely to be women than men.

That observation is based on two statistical trends: Generation Y women are now 1.5 times more likely than men to earn undergraduate and graduate degrees, and, in many metropolitan markets, single women in their 20s earn 105% of what their male counterparts earn.

A shift from baby boomer preferences

Of course, the backdrop for these findings is the struggling economy. Incomes for all but the top 10% of earners were down from 2000 to 2008, Chung told the webinar group. Those economic conditions have tamed Generation Y’s formerly big-spending habits, and the women in that group are more likely than their male peers to have become value-conscious shoppers.

“For housing developments that correlate with income and educational attainment,” the Urban Land story noted, “the future looks a lot more female, with single women already buying twice as many homes as single men, a ration almost certain to increase given fundamental trends in income dynamics.”

Another factor pertinent to homebuilders’ plans for the next few decades, the story points out, is that while the U.S. population is expected to grow from 300 million to 400 million by 2050, that growth will occur mostly among mixed-race Americans, Asian Americans, and Hispanics – population segments whose average income is below the mean. Still, Chung says, homebuying demand could increase significantly in these minority communities, particularly among second- and third-generation immigrants with college educations. 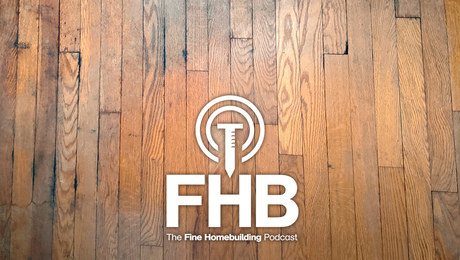 One of our favorite podcast-crew alumni joins us to discuss the best way to build a garage floor, whether a builder should hire a laborer or an apprentice, and how to make a worn out wood floor look beautiful again.