Behind the Scenes of There’s a Better Way

Sometimes work isn’t work at all. That was the case when I recently served as a producer on a three-day shoot of There’s a Better Way videos. If you’re not familiar (and you’re really missing out), these are the videos that editor-at-large Chuck Miller put on the digital map when he started converting the Fine Homebuilding Tips & Techniques department to video. These videos have been captured by John Ross, who has filmed and edited a number of these with Chuck Miller. Lately, editor-at-large Kevin Ireton has been the on-camera talent with John Ross still behind the camera. All three have a long history with Fine Homebuilding and have a lot of building experience.

The general idea with these videos is to showcase clever ways to solve common problems. Often there is an alternative solution that could be purchased, but a There’s a Better Way video will “save the day” by helping you make something work with what you most likely already have on hand. The sliding dump bed video below is a great example. Of course, you could buy a dump truck (as a YouTube viewer essentially suggested) or you could build this solution. If you’re not moving gravel on a regular basis, it’s pretty obvious which solution is the better way. 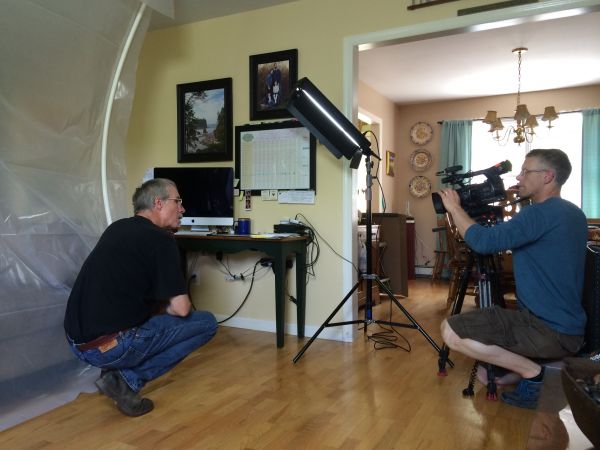 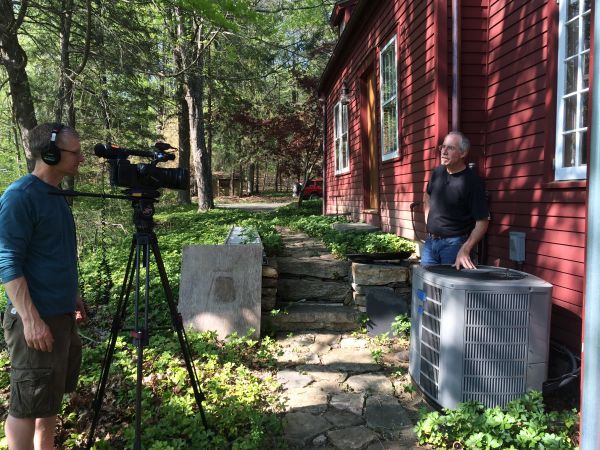 These videos are mostly shot at Fine Homebuilding‘s Project House, which is the set for many video productions. For this round of videos, we also went on location. One of the sets we used was my house. We also traveled to another house in the area to shoot a sequence that required an air conditioner to demonstrate on. 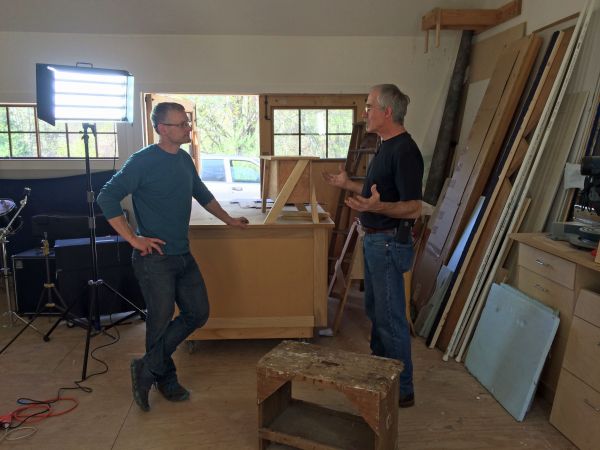 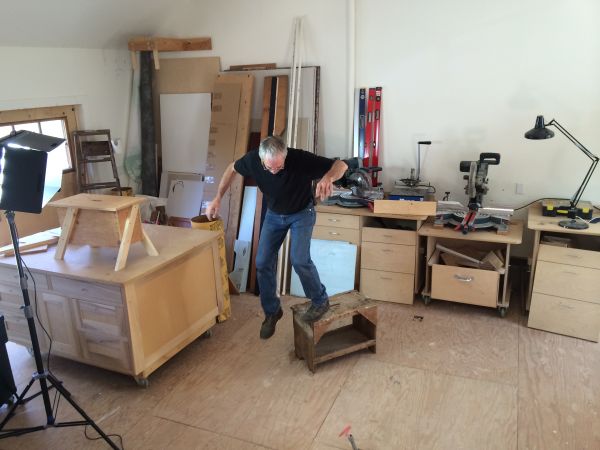 The three days went by fast. As I said, the work was hardly work. I did, however, quickly cook myself one day holding a reflector outside–not too smart. At times, I got to see two grown men “converse” like an old married couple, and I got to see Kevin perform all of his own stunts, one of which required him trusting that I wouldn’t actually hit him on the head with a drill.

Kevin shared an interesting fact about There’s a Better Way and the Tips & Techniques department, which is that Chuck Miller, who was hired by Taunton’s publisher Paul Roman in 1980 before Fine Homebuilding was even launched, has edited and illustrated every tip Fine Homebuilding has published.

You can check out all of the There’s a Better Way videos HERE. I’ll warn you now that these videos are addictive.

Do you have a great idea? Share that tip! Go here to submit your tip via email. You can also submit to the Quick Tips blog here.

The two videos below are two of the most popular There’s a Better Way Videos. One is from Kevin and one is from Chuck:

Curious to see what they thought was their best work, I asked John and Kevin for their personal picks. John selected the first video below that shows how to fabricate a sliding dump bed.

Kevin picked two. The first one has an unusual guest star. Kevin’s second pick is simply a fantastic idea.