Radon is a Big Deal

Radon is a serious and under-appreciated issue. It’s the second leading cause of lung cancer, after tobacco smoking. As an odorless and colorless gas, there is no way to know if it is in your house unless you test for it. The EPA recommends keeping indoor levels below 4 picocuries per liter, but that’s considered a high limit by some sources (including the Nuclear Regulatory Commission) and when you’re building a new house you don’t know how it will test until it’s almost done, so you need to plan ahead.

The idea for this post came from a builder I know, who wondered about our plan on the FHB House to combine the foundation drains with the sub-slab depressurizing system. He was under the impression that the two could not be combined.

Appendix F of the IRC 2012 lists all the counties in the U.S. with the potential for high radon. Kent county in Rhode Island, where the FHB House is being built, is in a high potential radon zone. Appendix F also has a couple of pages describing some options for radon mitigation, but what I call the Radon Bible is a document the EPA published in 2001 called “Building Radon Out.” It’s 84 pages long and appears to conform to the IRC rules, and provides a lot of supporting information.

The short version is that we need to keep soil gasses out of the house by keeping the area below the slab at a lower pressure than the air inside the house—a depressurized zone; installing at least 6-mil polyethylene below the slab but above a layer of crushed stone as a gas-permeable layer; and running a vertical riser of at least 3” pipe “riser” in case we need it to create a vacuum under the slab, either actively (using an inline fan) or passively (using only the stack effect). A 4” riser is preferred, as it has 78% more area (not 25%, as originally posted, see comments below) and reduced back pressure due to friction compared to a 3” riser. By planning ahead, we can hide a 4” pipe in the walls and run it out through the roof.

In the zone below the slab, we need to allow soil gasses to migrate to the riser. The simplest option allowed by code calls for a layer of 4” or more of clean aggregate that will pass through a 2” sieve and be retained by a ¼” sieve. I usually spec “clean ¾” crushed stone” as it seems to be readily available in areas where I work, and keeping the stone at a uniform size leaves more air space for air to flow. Where sand is more plentiful it can be used instead, in conjunction with a drainage textile.

While that is the simplest way to allow soil gasses to get to the riser, and all that is required, conscientious builders also add a perimeter of perforated pipe leading to the riser. Think of it as a radon superhighway, a path of least resistance to get radon into the riser and away from the house.

To answer my builder friend’s question, code indeed allows for the radon pipe to double as the foundation drain pipe, saving some plastic and labor. Some argue that a drain pipe, leading to daylight, brings fresh air into the riser without adequately depressurizing the sub-slab zone—sort of a short-circuit in the system. In the past I have always played it safe and recommended separate systems. Others, including Mike Guertin, have had good luck with combining the two systems, and that is the approach we are taking on the FHB House. If necessary, we can add a check valve at the outflow of the drain pipe; if that’s not enough, we can install an inline fan in the attic, which sometimes needs to be done even with a fully independent radon control system. With the low airtightness numbers we are targeting for the building envelope, a balanced ventilation system and good attention to detail air-sealing the basement slab, I think we will be fine with a passive system.

In case you’re wondering how radon actually causes cancer: radon is an element composed of a single atom, so it’s very small and can get through many building materials. It’s a gas down to -97° F but can dissolve and be carried in water. When a person inhales or ingests the gas, the atoms release radiation as they “decay” into other elements—it’s nuclear fission on a small scale, which happens to many elements, but the reaction is fast and strong with radon. If it occurs inside your body, the radiation can damage your DNA, leading to cancer. Three different types of radiation are actually created. Alpha and Beta particles are the ones we are concerned with, and the ones we can control. Gamma radiation is in the form of waves and has no mass, but it usually travels right through a person (and most building materials) without causing damage. 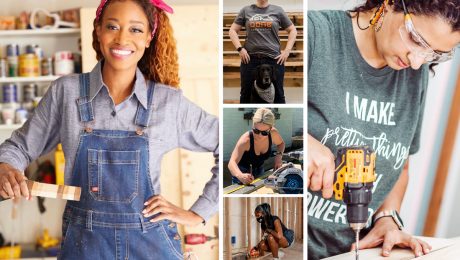