Attaching the eave to the wall rather than the rafter makes for a faster, straighter, and safer installation

We’re framing the eave overhangs in a different fashion than is ordinarily done on a cut roof frame. Instead of letting the rafter tails project beyond the exterior wall and trimming them with a fascia and soffit cuts, we’re screwing blocking and a subfascia onto the wall. This permits the exterior insulation to extend above the top plate line so that we avoid a cold spot along the top plate. And as it turns out, it’s faster than cutting rafter tails precisely, then erecting staging to install the eave trim. We can do most of that work while the walls are lying flat on the floor deck, and we end up with dead-straight fascia and soffit lines.

I started by installing the rafter blocks to the wall plate. 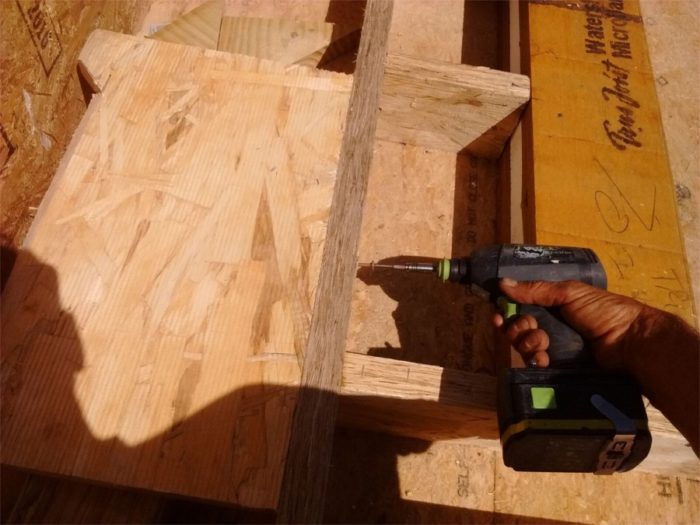 When I-joists are used as rafters, the ends have to be blocked along the wall plate. I laid out the top plate precisely for the rafters and cut the TimberStrand blocks 1/16 in. short of the rafter edge so we wouldn’t have to fight to get them in place later. Then I screwed the blocks in place using Simpson Strong-Tie’s new SDWS Framing Screws so the blocks were fastened solid to the top plate.

Then we sheathed the wall all the way to the top of the rafter blocks, and I laid out the eave blocking. 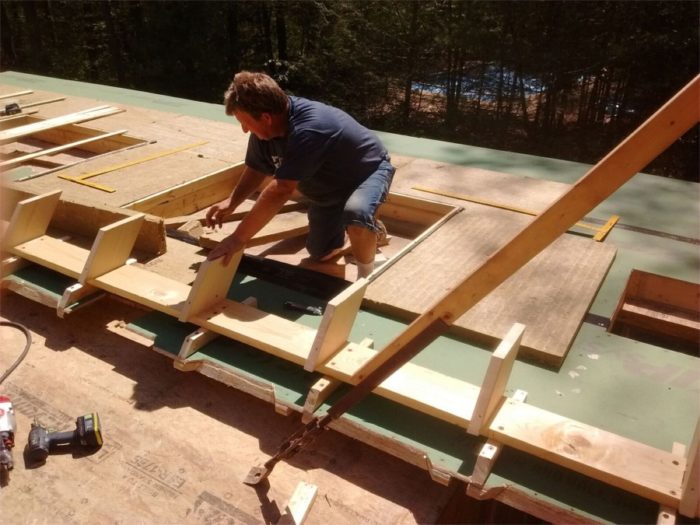 We needed a solid connection between the eave and the wall framing, so I installed 2×3 blocks over the wall sheathing with FlatLOK screws driven into the eave blocks, top plate, and wall studs. I sorted out the roof sheathing plane and mounted a 2×8 ledger board over the 2×3 blocks—but not before installing 2×8 tail blocks to the ledger with screws from the backside. 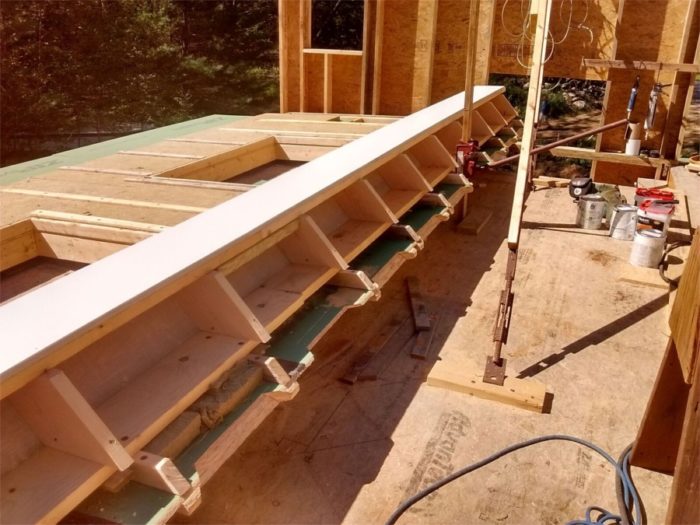 A 2×10 subfascia was screwed over the tail blocks to serve as a base for the fascia and to pick up the front edge of the soffit board.

The fascia board is 1×12 Boral TruExterior Trim, and the soffit is built of two pieces of 1×6 Boral. A Cor-A-Vent S-400 white strip vent was positioned between the two soffit boards for attic ventilation. We installed SV-5 siding vents over the 1×3 furring as the rain-screen exhaust vent. And over that I screwed a 1×4 Boral frieze board. It took me just a couple hours to trim the entire eave—about half the time it would have taken to install the trim off of staging. 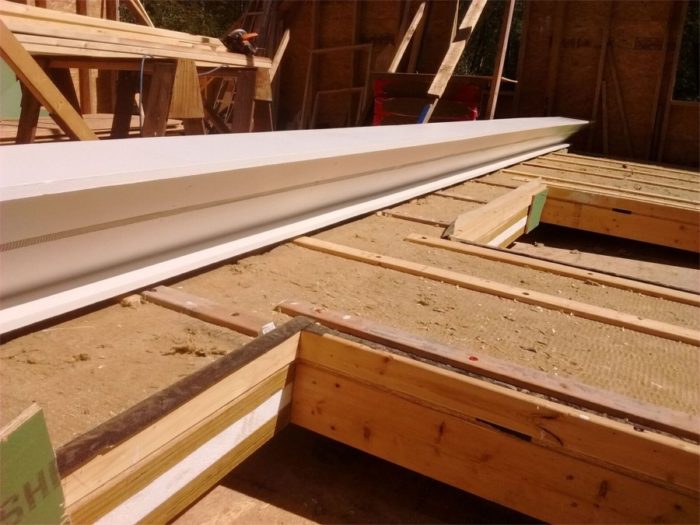 All the trim boards were left 12 in. to 18 in. short of the end of the wall. After the wall is lifted, I can fill in the short pieces by reaching out of the windows near the ends of the wall or by reaching over the top of the wall. Trimming the wall this way does lead to three trim joints, rather than two along the length of the eave. But I’m not concerned about the joints. Boral doesn’t expand or contract like cellular PVC, so the butt joints should stay tight. And given that they’re 28 ft. above grade, it’s unlikely anyone will be able to notice the joints without binoculars.

Before lifting, I put on two coats of paint using rollers. It took me about 20 minutes per coat—much faster than I could work off of staging. 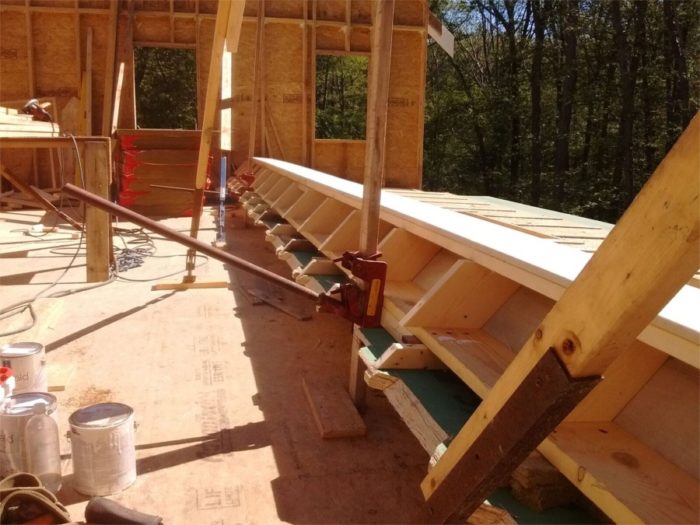 We left short pieces of wall sheathing and the rafter blocks out in two locations along the 34-ft.-long wall for the wall jacks. Rather than jacking against the wall plate, we installed strongback blocks to the eave ledger and lifted against them. Another benefit of building the eave to the wall is that the blocking and subfascia kept the wall nice and straight as it went up. After lifting, we lined the wall and only needed one brace in the middle to pull it in 1/4 in. for perfect alignment.