Builder Ian Schwandt talks about how to cope with a build when things don't go as planned.

Seeing is believing. It’s easy to mistake building a 3D model of one’s house design, filling it with scale replicas of people, furniture and finishes, for a true understanding of the size of the space. Modeling programs such as SketchUp—the program that I used to produce the 3D model and construction documents of my house—have many tools and views that can lull one into a high level of confidence about their design.

I now have an understanding about why a structural engineer, whom I openly questioned about his very elaborate steel bracket and LVL roof truss design, could confidently say to me, “You’re just going to bolt them together, pick them up and set them in place. I designed this assembly so that it would be easy for you to build.” Just as this engineer had his familiarity with the design morph into a belief that it was simple to erect, I did so with my own design as well. 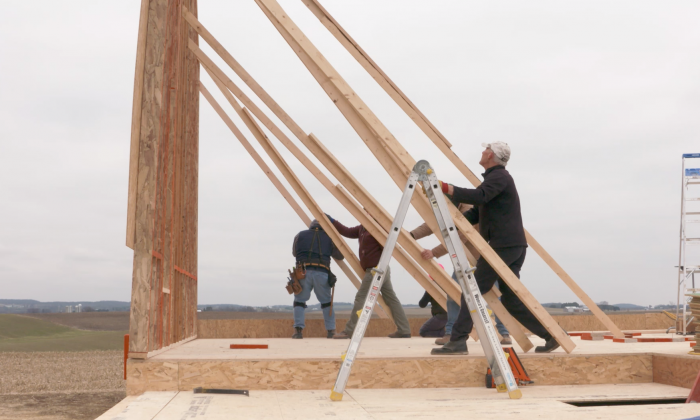 The day before having the crew on-site to start building the main floor walls, I confidently laid the tall gable walls out on the deck and cut all of the plates and studs, labeling, stacking and organizing them as I went. As we started assembling my pre-cut parts on build day, I watched over the process wondering if even most of my pre-cut parts would be correct. I finished out with an average somewhere in the high 70 to low 80 range. Not bad, but not as good as I expected it to be after modeling every stick of framing on SketchUp. Raising this wall effectively by hand with wall jacks and 2x4s proved difficult. My close relationship with my own design had inspired the same hubris in me that it had in the structural engineer.

Standing in front of that first gable wall with my wife Sara, I simultaneously felt elated and a sense that my design was destined to become a folly. Despite my hubris, and thanks to the people that I had drafted into service (Sara—a chef, my father—a farmer, my father-in-law—a 73-year-old retired remodeler, and Alex—a young lead carpenter), over the course of two days we stood both large gable walls 18-ft. wide, 16 ft. at the peak.

And not too many winter days later, we had the remaining walls, roof trusses, and shed rafters installed.

I have been known to tell apprentice carpenters that no one ever learned anything from constant success and this moral has come back to me in spades as I look back at the time spent framing the house.

Are there imperfections? Sure. Studs on the wrong side of a layout line, wonky studs, scabbed framing to pick up the edge of sheathing.Did they weigh heavily on my mind and frustrate me when I found them? Definitely. If I framed custom houses everyday would I develop methods that would have eliminated these errors? Absolutely. Should I hold myself, a carpentry generalist, to the standard of the most seasoned specialized pros in my industry? Emphatically yes.

Should I let my failure to reach these standards take away from the experience of building my own custom home of my own design? No. And knowing that does not stop it me from being frustrated at my limitations, but it does give me the temerity to use my skills to execute a build of my own design in a pursuit of high standards. 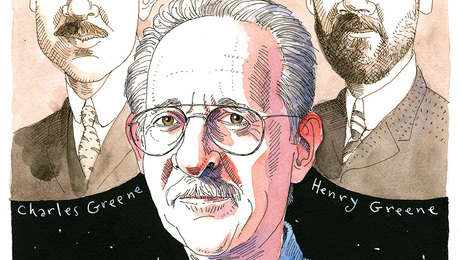 A master carpenter and pioneering educator teaches us that the best way to learn is to never stop being a student.