Madison’s 1809 remodeling called for the removal of a bearing wall on the first floor, so his builder, James Dinsmore, cunningly concealed a truss in a second-story partition above to carry the span. The truss’s diagonal web timbers are visible just behind the lath. 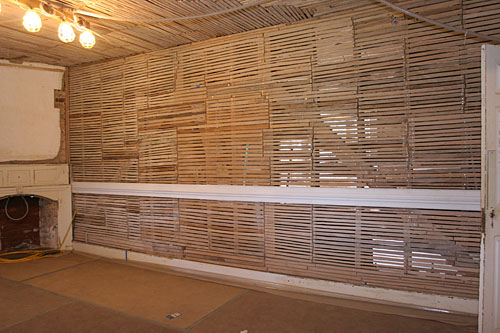 Hand-riven lath provides the base for a lime-plaster finish. The original wrought-iron lath nails were supplemented with stainless-steel ring-shank nails for improved holding ability. 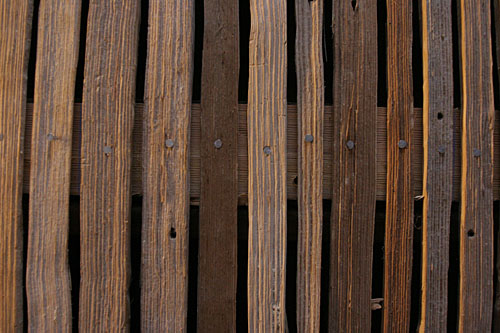 This ceiling beam has joists framed into both sides (as seen from above). Locust pegs have locked the joint securely for 2-1/2 centuries. 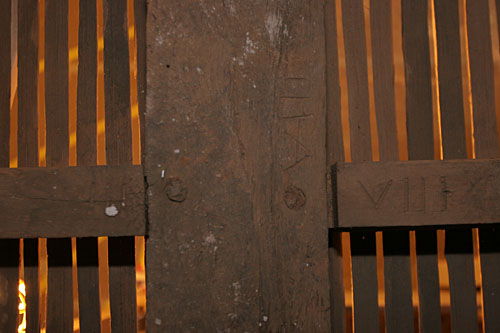 The large diagonal ceiling member is referred to as a “dragon beam.” Dragons run below each hip in the roof above. Mortises in the top of the dragon are for struts that will bolster the hip. Between each pair of 3x ceiling joists is a 1x scantling that helps to align the ceiling lath. 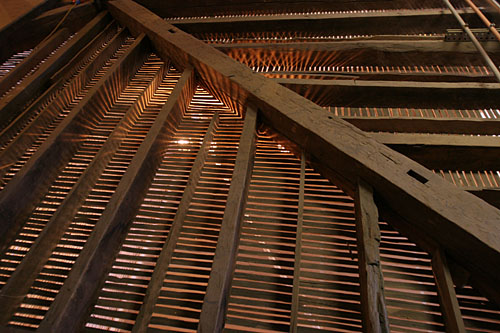 In the photo below, trim delineates a rectangular “window” that will be left open in the plaster ceiling. The woven pattern of the lath discourages cracking. The dragon beam is just visible above the woven lath seam. 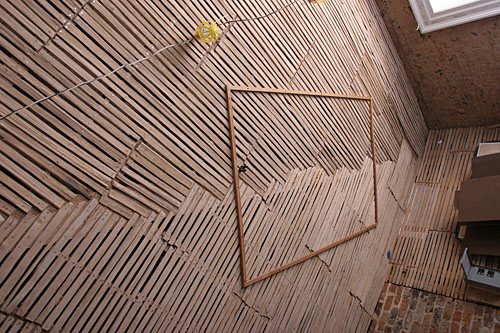 The chair rail and baseboard have been installed before plastering, in contrast to the reverse sequence adopted by later generations of builders. This is Madison’s library, thought to be the room where he first conceptualized the Constitution of the United States. 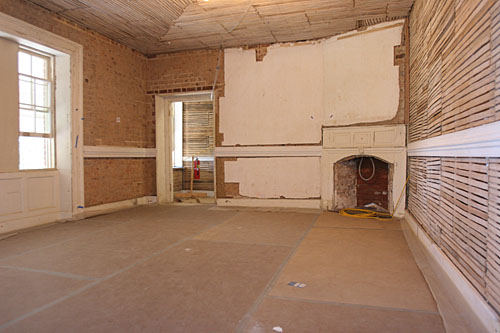 Read Beneath the Surface of Montpelier and view more photos to learn about Montpelier’s restored brick exterior and wood beam frame. 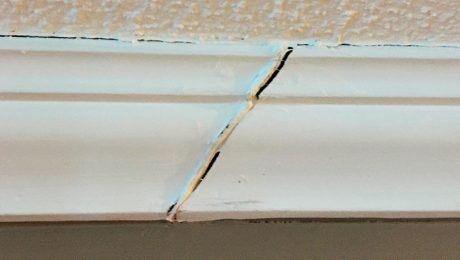