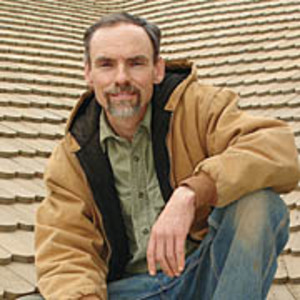 Scott McBride began working as a carpenter in high school; his first company vehicle was a wheelbarrow. Over thirty-four years later, the native New Yorker and Fine Homebuilding contributing editor is still searching for his niche. Farmhouse remodels, historic millwork, and sheep barns all pass under his saw. His first article on roof framing appeared in FHB #28 back in 1985. Scott also has written a book, Landscaping with Wood (The Taunton Press, 1999). In both his writing and his carpentry, he has a reputation for meticulous attention to detail. Scott’s company, Mustard Seed Master Builders, is restoring James Madison’s Montpelier in Orange, Va. To unwind, Scott works on a patch of mountain land in a place called Gid Brown Hollow.