When my architect husband, Bob Press, and I began turning our 170-year-old New England farmhouse into a residence comfortable for year-round living, we were well aware that it was haunted. Betsey, wife of former homeowner Samuel P. Young, had staked her territorial haunting ground after being buried with her baby across the road. Known to walk down by the lake in a long black dress and bonnet, seen only by the neighborhood children, she’s been taking her nocturnal strolls since 1849.

She certainly didn’t scare us because we were rational, logical types, with nothing to fear from people who don’t even have their bodies anymore. And we certainly didn’t want to disgrace ourselves, like two gentlemen who’d borrowed the house some years ago for a summer weekend by the lake. They fled the house at three in the morning on a Sunday, never to return, nor would they reveal what had so terrified them.

Sharing our house with a ghost was the last thing on our minds when we moved in. Instead, we were thinking about how pleased we were to have finally finished the heating system, the newest in Scandinavian design, the baseboard barely an inch thick and painted to near invisibility. It was the perfect accompaniment to a period house that had been lovingly restored to its former charm.

The first jolt came shortly after we moved in. Bob went to bed and started to snore loudly, so I crawled off into the guest bedroom to get a little shut-eye. I awoke at 2:45 a.m. to hear noises in another bedroom, a space Bob created from an unfinished attic and used for his work. The light was on, desk drawers were opening, closet doors were firmly shutting, and papers were being shuffled on the desk. Not to worry. An insomniac, Bob often worked late.

“Hey, honey, don’t you think you should get some sleep?” I asked, finally walking in on my hard-working and sleepless husband. But the room was empty. Alarmed, I darted back into the master bedroom. There was Bob, still snoring away.

Bob laughed at me when I suggested half-jokingly that Betsey might not have liked our monkeying around with her house and had moved in. But he got his comeuppance several weeks later. Awakening in the middle of the night, Bob heard a commotion in the bathroom down the hall. He became concerned that I might be ill and need help. As he turned to get up from the bed, he put his hand on my sleeping body.

The next day Bob wasn’t laughing. He didn’t laugh when the dishwasher went on by itself in the middle of the night, sloshing happily away with nothing in it. He knew there was no way the Siamese cats could have activated the machine by turning its recessed knob. And he didn’t laugh the day the new overhead garage doors started to roll up by themselves.

We eliminated all possible causes for the peculiar nocturnal happenings on Narrows Road. It couldn’t have been the cats because they were safely bedded down elsewhere. We discounted squirrels or other country creatures because no sign of them was found in the house. We wrote off banging shutters (all safely secured) and the wind whistling through windows (all were tightly caulked). No tree branches were hitting the side of the house, and floorboards did not appear to be creaking because of moisture changes. No electronic or mechanical devices could simulate the very human sounds we were getting. And there was never any rain on the roof.

Bob and I were stymied. And we didn’t get any help from neighbors or colleagues, some of whom have their own antique houses. So we ignored Betsey, and when objects were missing or misplaced, we would know whom to blame.

Within a year, our prized Danex heating system began acting up. We were kept awake by a great deal of gurgling and rushing, knocking and banging, pinging and ponging. So we called Danex. We got a nasty surprise. Danex had gone belly-up. Out of business.

Then we had our first leak. It occurred in the borning room, where Betsey and the baby died. Water and solvent had gushed all over the hand-painted and stenciled antique floors. The leak was attributed by our new plumber to the faulty installation of a nozzle too narrow for its purpose, which had built up tremendous pressure inside the unit. The plumber told us we were lucky that we didn’t have a major blowup, which could have destroyed the house. The unit was repaired, the noises died down, and coincidentally, Betsey left us alone for a while.

When the heating system erupted again, this time in our own bedroom, we were forced to acknowledge that the problem was more than a faulty installation. The coils were being eaten away by some corrosive mixture of chemicals and minerals in the water, and it would only be a matter of time before a major disaster would occur. So the entire baseboard heating system was replaced, at tremendous cost and trouble to us. Worst of all, the pristine farmhouse is now cluttered with the usual hideous heating apparatus: olive-drab baseboard radiators.

However, it’s a relief to have reliable heat back in the house. And Betsey has vanished. Just like that.

Don’t conclude that the noises from the faulty heating system just made Bob and I think our house was haunted. Not on your life. It’s much more likely that Betsey was trying to warn us that our new-fangled heating system was dangerous. She probably didn’t want to lose her house. And how could she not be grateful to us for preserving the house with our restoration? We like to think she enjoys warming her old bones in the borning room without having to keep all those fires going in the fireplaces. After all, it’s hard work to haul wood in an old black dress and bonnet. 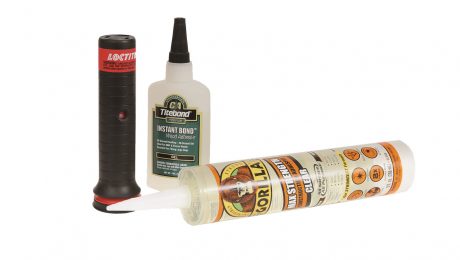