The Patient in the Basement

It was like performing an emergency tracheotomy at base camp on Everest. A surgeon’s crackling voice on the satellite phone was guiding me through the tricky procedure. Everything was going wrong. Storm winds were howling. Night was closing in. The patient’s fluids were spurting everywhere. Time was my enemy. Time, and fear.

Except in this case, the surgeon on the phone was a licensed plumber, and the patient was a 3/4-in. copper water line that had blown out on me four times.

I was beat. My nerves were shot. My wife would be home from work any minute, and there was no water in the house. That cussed no-solder fitting was just refusing to hold.

And things had been going so well.

I’d been installing a water-powered backup sump pump in the basement of our 100-year-old row house. This project involved cutting into a 3/4-in. copper line, running a new leg, installing a check valve, and hooking everything up. The copper work was a little beyond my skill set, but I was willing to give it a try.

Why hire a plumber? Plumbers were so expensive.

Summoning everything I’d seen on home-renovation television and offering a prayer to the gods of flux, I turned off the water to the house, drained down the pipes, and got to work.

I made my cuts, reamed, polished, and fluxed. I fired up the torch, whipped out the solder, and went at it.

When it was time to test my craftsmanship, I cranked open the main valve and held my breath. I started counting to 60.

I made it to 18 before “boom.” One of the tees blew open, directing a stunning geyser of water at the main electrical-service panel.

I shut off the main valve to the house to try resoldering the tee, but no matter how hard I cranked, there was still too much water in the pipes.

OK. Plan B. I tried installing a shutoff valve a few feet upstream from where I was working, but I couldn’t block the water long enough to sweat the joint. There was too much flow for the old bread-ball trick.

OK. Plan C. I ran out to the plumbing-supply house and bought one of those expensive no-solder shutoff valves. I tore open the package, removed the white plastic thread protectors, and popped it on the drooling pipe. Voilà! No more water.

Unfortunately, the soldering still wasn’t going well. Besides that, I just couldn’t get the pipe to seat on the other side of the fancy new valve. I’d jam the pipe into the fitting, listening for the telltale click, and throw open the valve to test it.

It was getting late. I was tired. Storm winds were closing in on base camp.

I finally broke down and called a real plumber, the fellow I’d been too cheap to hire in the first place. He was at his son’s soccer game, but he heard the desperation in my voice.

“There’s something wrong with your no-solder valve,” he said. “Those things always work for me.”

By then, the plumbing-supply house was closed. This kind-hearted plumber dictated a shopping list and sent me off to one of the big-box stores. Then, when I was back in the basement, with a calm voice and step-by-step instructions, he talked me through the delicate procedure.

I’m happy to report that the patient in the basement is alive and well. I owe it all to the surgeon on the other end of the phone. 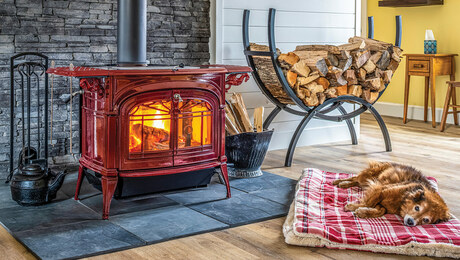