Why spend time setting those beams? What use is there for bowed and knotty lumber? When is it crucial to be precise, and when is that less of a priority? Check out your familiarity with the 11 key framing rules in this slideshow.

Start solid. Concrete is imprecise work, so it’s on the framer to ensure beams carrying the first floor are at the right height, and if not, either dropped as necessary or raised up on shims that won’t compress. Time spent on setting the beam makes the rest of the job go faster.

Waste nothing. Every pallet of incoming lumber should be culled so that the straightest pieces can be set aside for the places where straightness matters most (plates, king and jack studs, etc.). Crooked, bowed, waney, and knotty lumber has its place, though. These defects matter very little when the piece is being cut short for cripples, blocking, or temporary supports.

Learn the shorthand. There’s more to laying out top and bottom wall plates than pulling a tape and marking X’s for each stud position. If you don’t already, get in the habit of marking every component – kings, jacks, cripples, intersections, blocking, and more – to ensure you don’t have to waste time later fixing mistakes.

Efficiency is king. Framing involves repetitive tasks, such as cutting dozens of pieces to the exact same length. Learn to take advantage of situations where it’s easy and convenient to cut several pieces to length in one pass, often before the wood even leaves the lumber pallet it arrived on.

Work smart. Wet and heavy are common themes when working with framing lumber. If you don’t have machines to help with lifting, at least work smart by tackling heavy lifts in teams of two or more.

Plumb and level aren’t enough. Every wall that is tipped into place should be rigged up with a string that runs from one end to the other so that it can be checked and adjusted with springboards along its length. Although the method is different, joists, rafters, and beams must also be kept straight to ease the parts that are installed after.

(from Fast and Accurate Wall Framing)

Eliminate redundancy. A well-framed wall isn’t measured by the amount of lumber you put into it. Eliminate framing members that have no purpose in order to create space for more insulation. Remember, wood is a terrible form of insulation compared to insulation itself.

Only measure when you need to. Tape measures are indispensable, but they’re also a chance to introduce errors. When possible, mark pieces in position rather than measuring them, and cut wall and roof sheathing in place during or after installation to improve accuracy.

Know the end before you start. Don’t start setting joists, sheathing, or any other framing components without paying attention to how the pieces will pace out when you get to the other end. A little foresight will allow you to adjust layout to avoid potentially weak, problematic, or just plain inconvenient fastening situations. 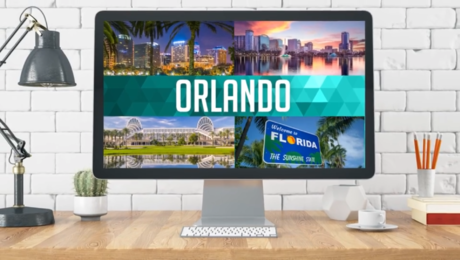