A Modern House in a Historic District

Demetriades + Walker create a home for today in an 18th-century neighborhood.

The Calhoun-Ives Street Historic District—a 476-acre section of Washington Depot, Connecticut—is beloved for its centuries-old farmhouses and meandering stone walls. Its agricultural roots characterize the landscape, as do its narrow country roads and expanses of unadulterated pastoral land. According to the Connecticut Trust for Historic Preservation: “The district is significant historically and architecturally because it documents the farming practices and building designs of a well-preserved rural agricultural community from the 1730s to the 20th century.” It was that reference to documentation that allowed for the building of this contemporary house by Demetriades + Walker. 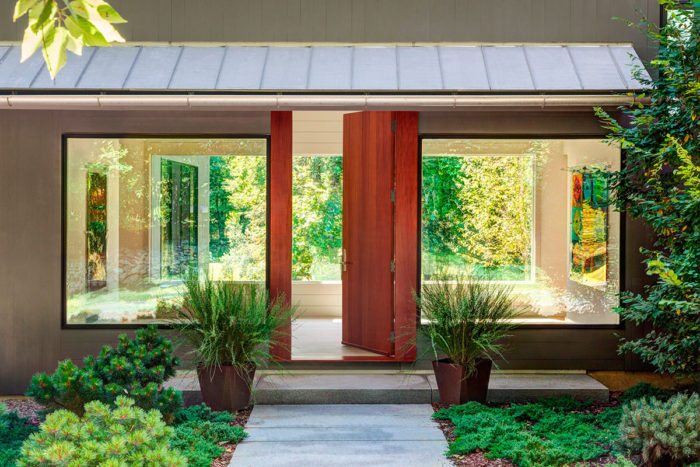 “We had a client who wanted a modern home in a historic district, which was a very tall directive,” says principal Elizabeth Demetriades. Of course, building new in a historic district required that Demetriades and her partner, Patrick Walker, present their proposal to the Historic District Commission. The duo had multiple reservations, as the commission is known to be difficult to persuade. It tends to be concerned with minutiae, such as the size of a home’s window panes. So what would they make of this whole-house deviation from tradition the designers had in mind?

At the start of the meeting, people kept mum, but eventually the conversation took a turn in the firm’s favor, as one member of the commission expressed an unusual response to their project: “I think you’ve taken a building that is noncontributing and introduced a really exciting example of 21st-century architecture in the historic district, which we don’t see as a stagnant museum, but rather as representing good design on a continuum.” 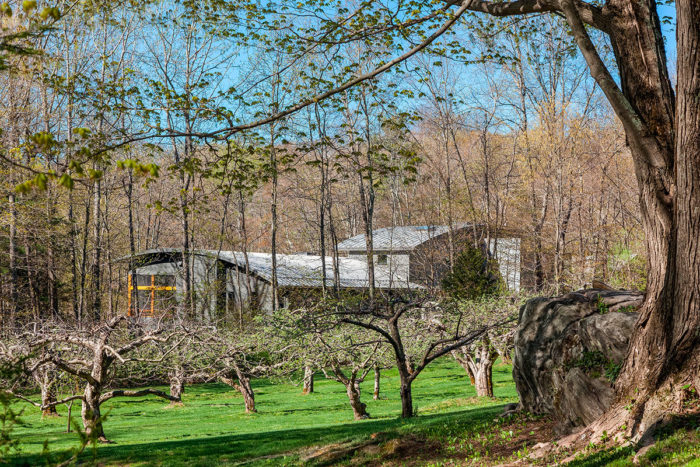 “It made my heart stop to hear that,” recalls Demetriades, who believes it was sensitivity to the natural surroundings that won the day. “In this particular area of the district, it’s about the nature of the landscape,” she says, noting that the intersecting curved roofs are meant to emulate the rolling pastoral hills. It was important that the shape of the building be sympathetic to the topography. “Our inclination was to make the house as inconspicuous as possible.” In addition to the roofs, the cedar siding, flamed-gray granite panels, and metal detailing support their effort to make the house blend in. 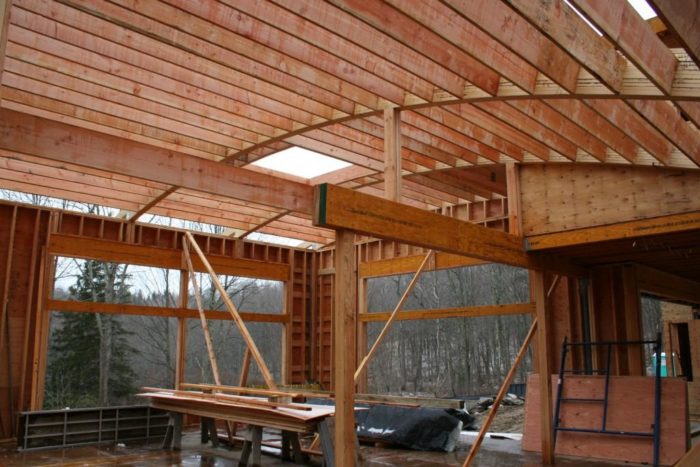 Seeing the roof frames under construction left an impression on Demetriades. “It almost seemed a shame to cover them up with interior finishes.” Yet because they were indeed finished, the broad strokes of uninterrupted ceiling surfaces further the connection to the outlying hills. 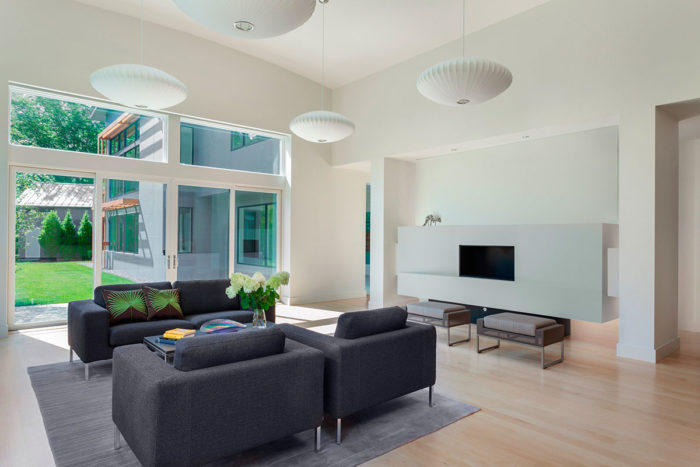 When asked what makes this house a strong example of modern architecture, Demetriades says, “It’s more about what it is not than what it is.” The fact that the district is dotted with gable roofs and other traditional New England forms made the treatment of this house noteworthy. The project is a beacon for designers looking to cast a light on the relevance of modern homes in architectural history.

Come to Our Annual Party in Las Vegas and Support #KeepCraftAlive

Enjoy good food, drinks, and company January 22, 2020, from 5:30 PM to 8:30 PM at the Hard Rock Hotel—proceeds provide scholarships for the next generation of craftspeople.