Remodeled midcentury-modern homes are all the rage these days. Evidently, tract houses from the 1930s through the early 1960s imbued with a fresh look and updated for 21st-century living have cross-generational appeal. Design-build firms across the country find themselves at the helm of such renovations—and there are many a Joseph Eichler house among them. Arguably the patriarch of the midcentury-modern style, Eichler made a lasting mark on Southern California’s housing stock (and beyond) with his clean-lined, egalitarian architecture. Working in his footprint is thought to be a great honor—one John Lewis fully appreciates. “I would do anything to learn from a master like Eichler,” says the principal of Carmel-based Lewis Builders. 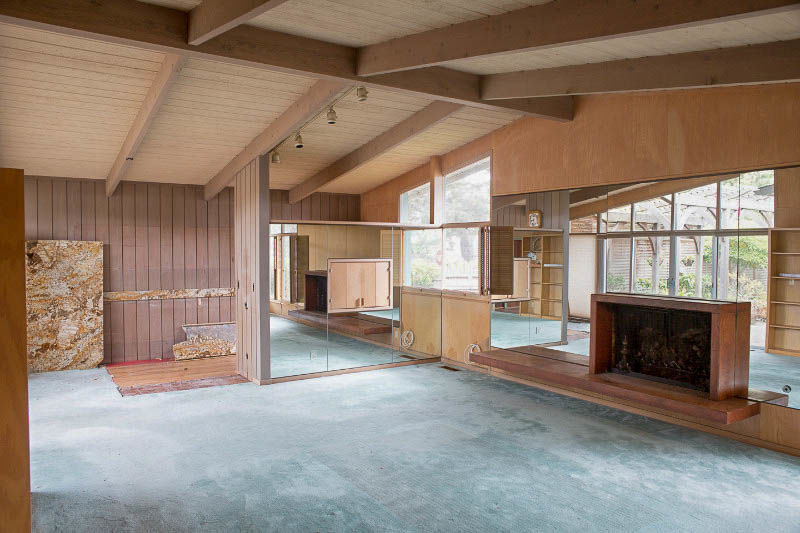 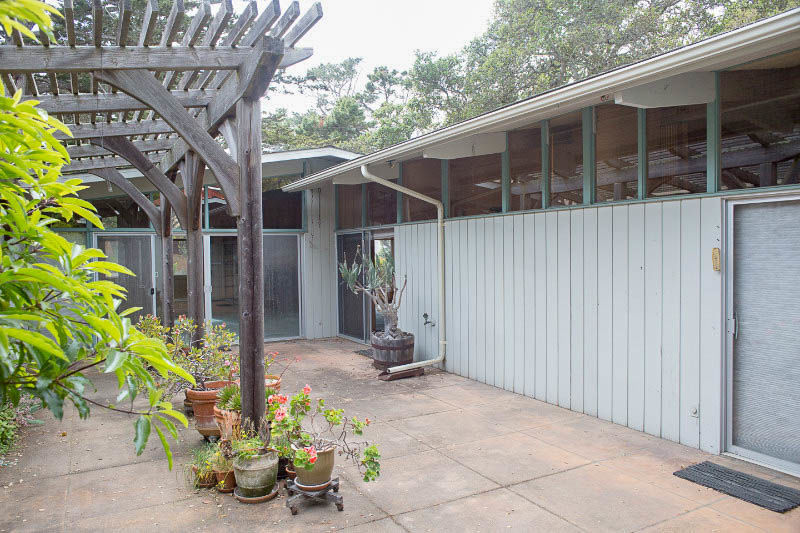 For this project, John was tasked with making key changes to the 1600-sq.-ft. house while retaining Eichler’s famed aesthetic. An awkwardly sited fireplace hindered ocean views as did the cramped kitchen, whose sightline to the dining room was also blocked. Additionally, the floor plan made it necessary to walk through one bedroom to get to the other. Plus, the house was starved for natural light due, in part, to an old patio arbor. 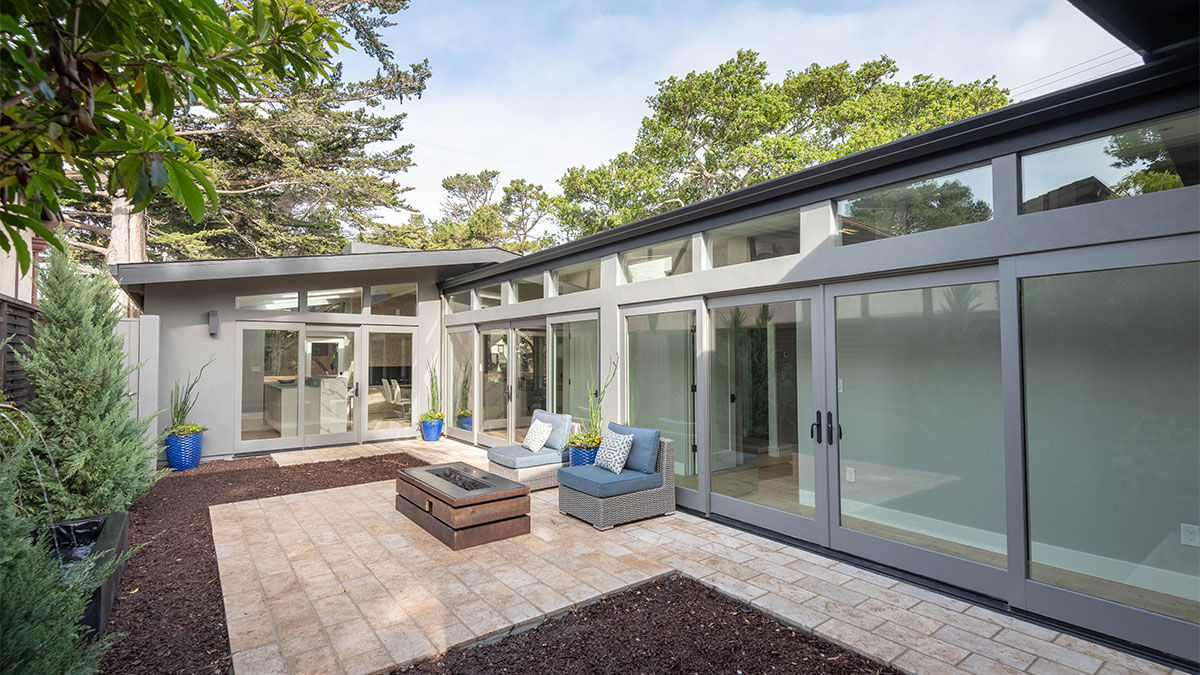 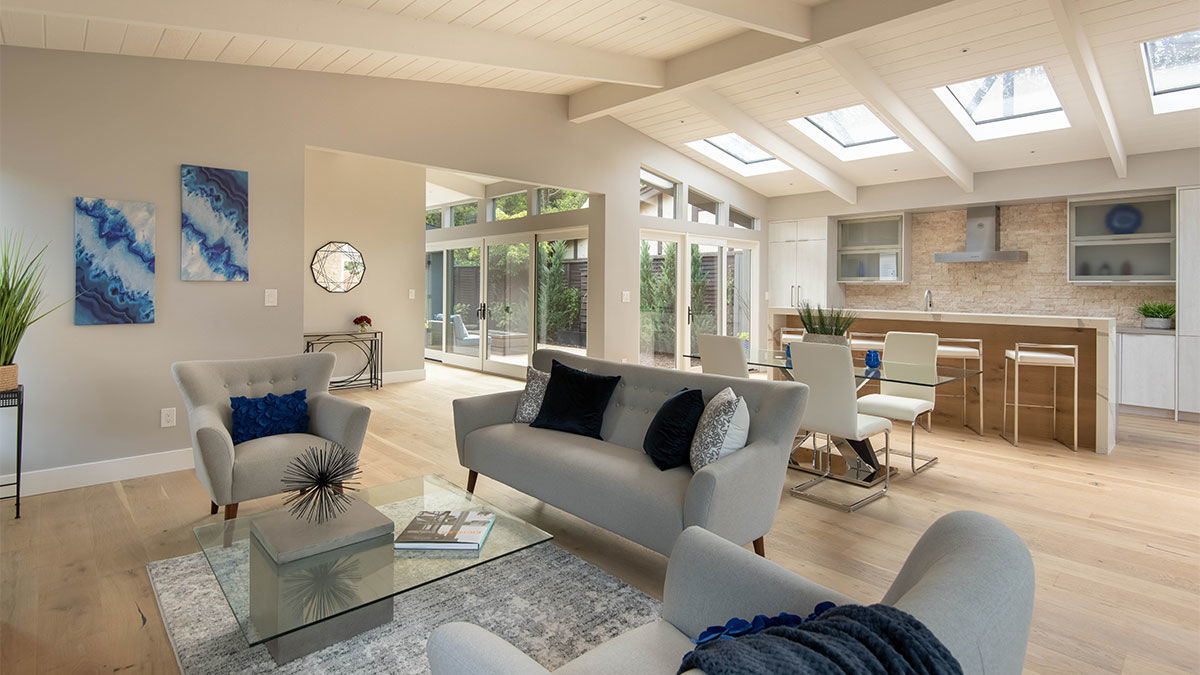 To start, John and his team added a new glass-lined hallway and, with a bump out to the rear of the house, made three bedrooms out of two. The kitchen, living room, dining area, and foyer were all opened up with six skylights, four patio doors, two French doors, and glass transoms to connect the interiors to the surrounding site and seaside vistas. 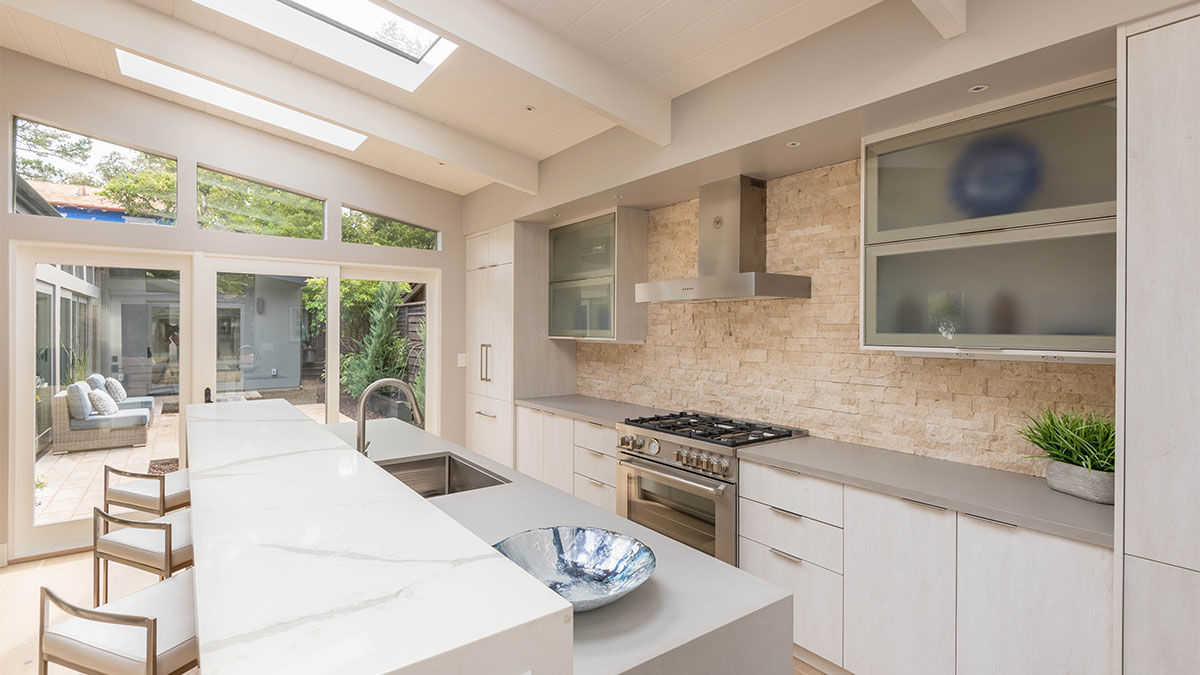 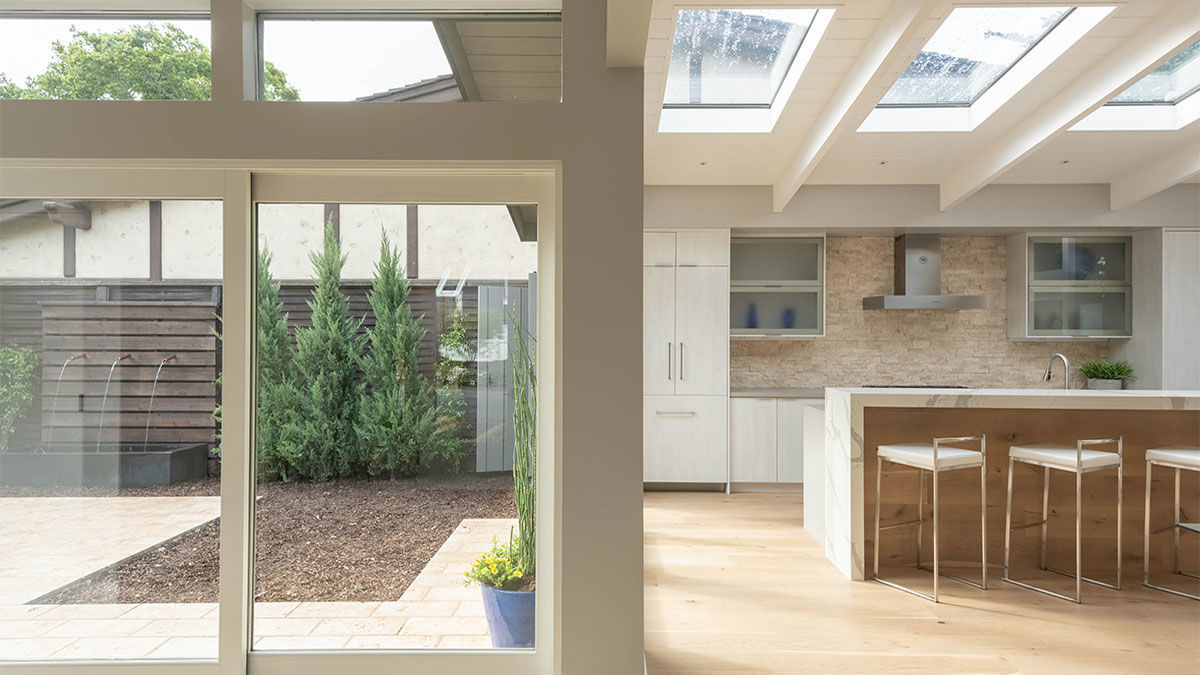 John notes how the passage of time has redefined the kitchen’s function. “It’s no longer a place for performing tasks, but for gathering,” he says, adding that he learned the importance of opening up an Eichler house to accommodate a contemporary lifestyle. 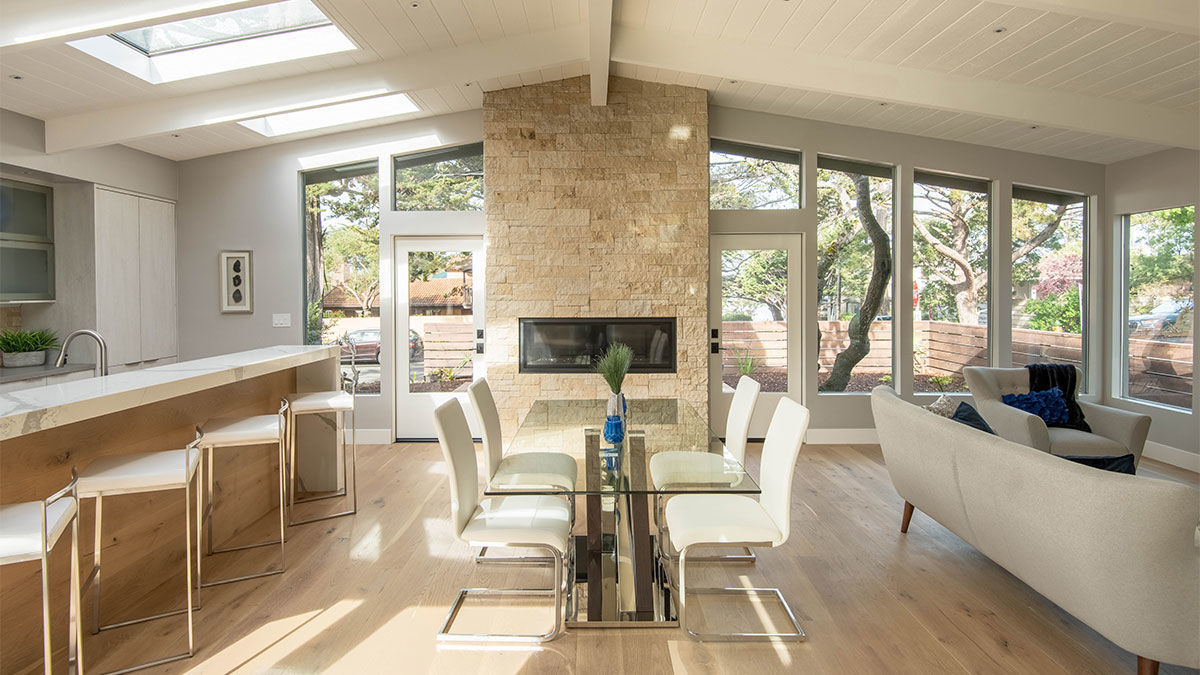 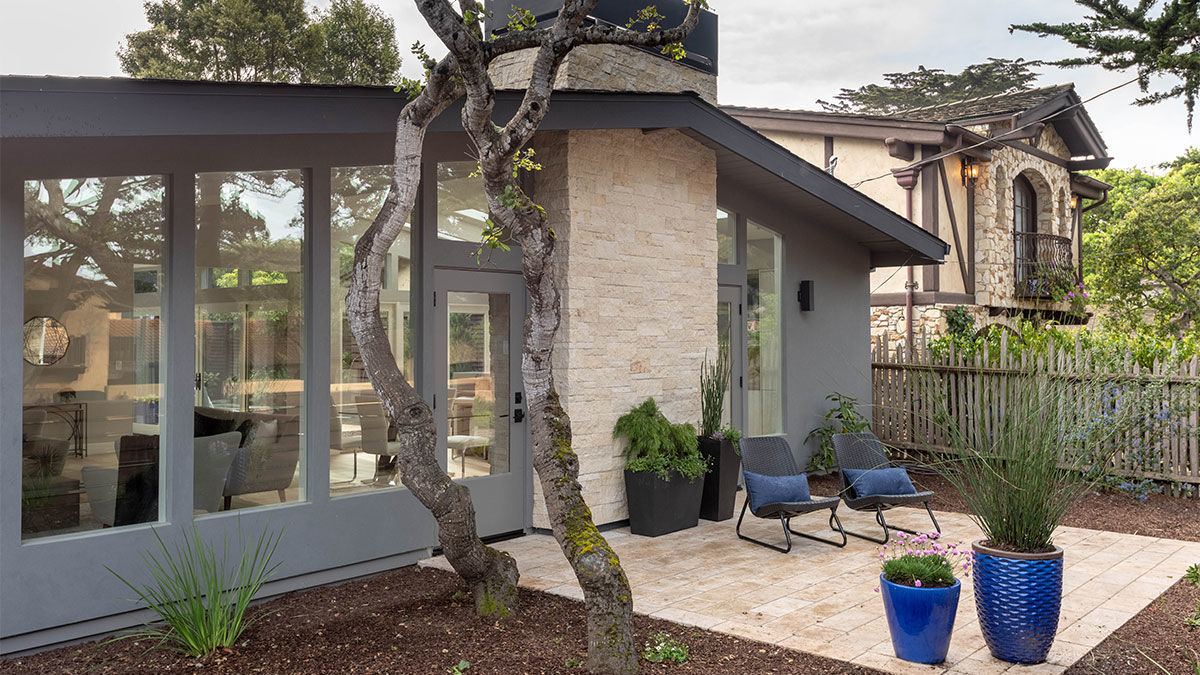 Toward that end, the location of the fireplace was shifted slightly, and a new linear gas fireplace was chosen to update the aesthetic. The stone used to face the interior was carried out to the exterior wall in the courtyard. 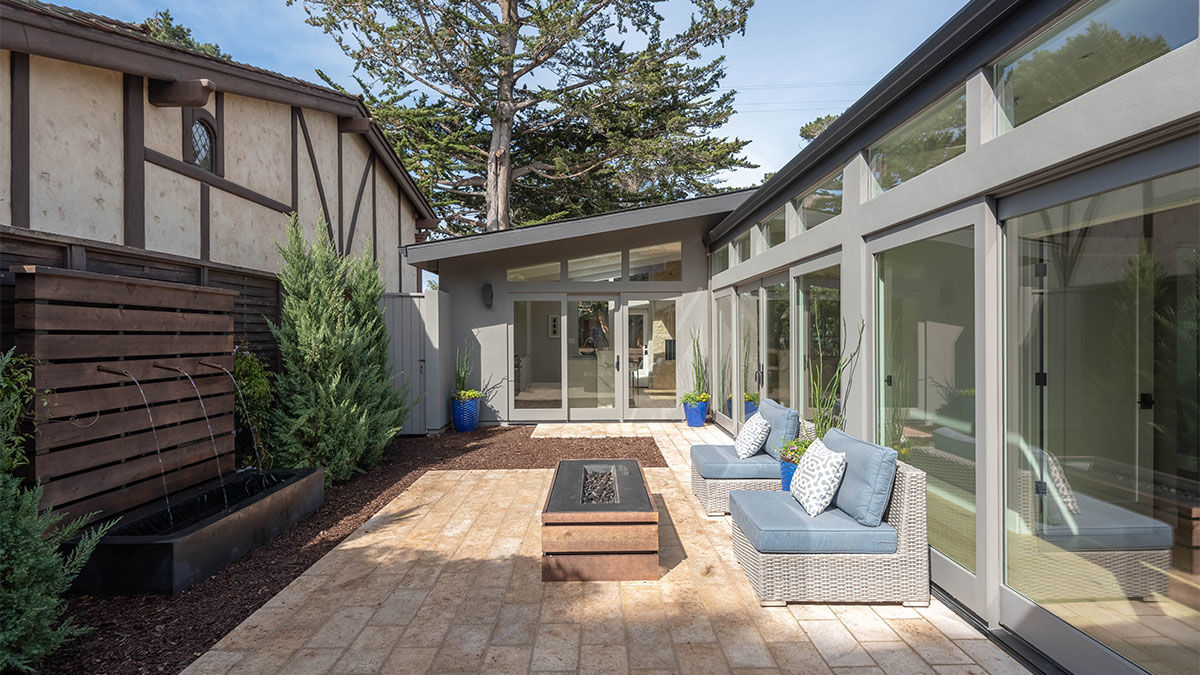 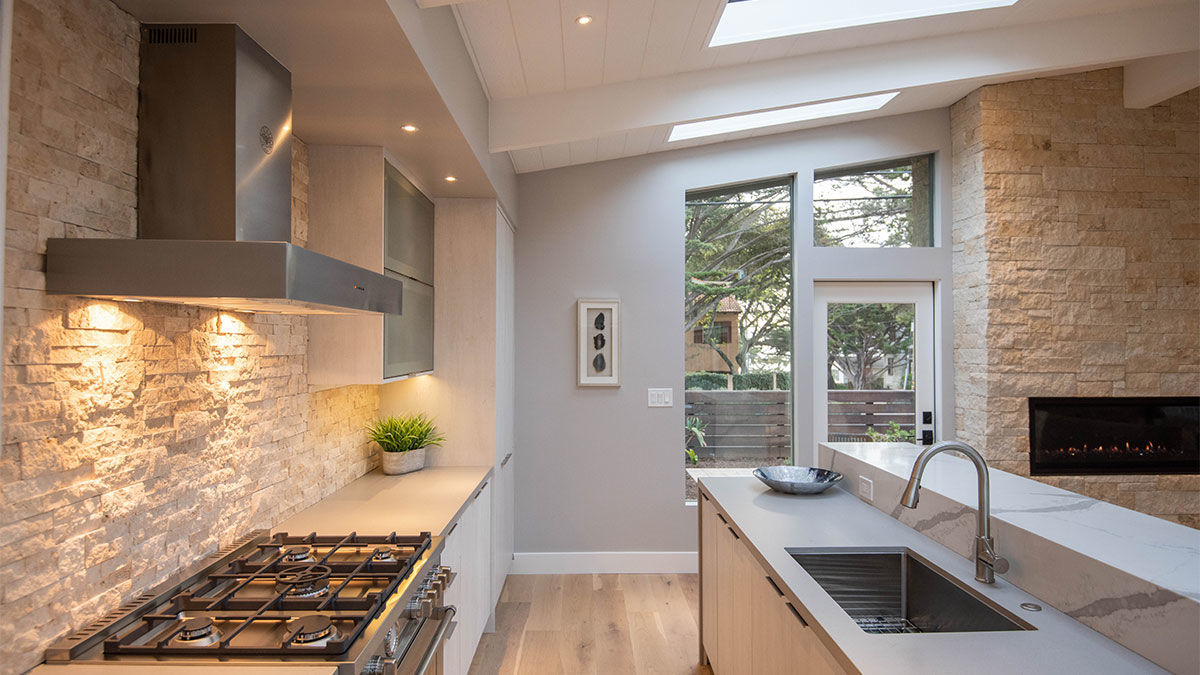 A noteworthy structural change was made to the forced-air heating and ventilation system, which had been run through ductwork in the existing concrete slab. The ducting was rusted, corroded, and had a rodent infestation. They cut it out, filled in with concrete, and installed radiant floor heating as the primary heat source. One of John’s takeaway lessons from this project? “Installing ductwork for a heating system in a slab is a really bad idea.” 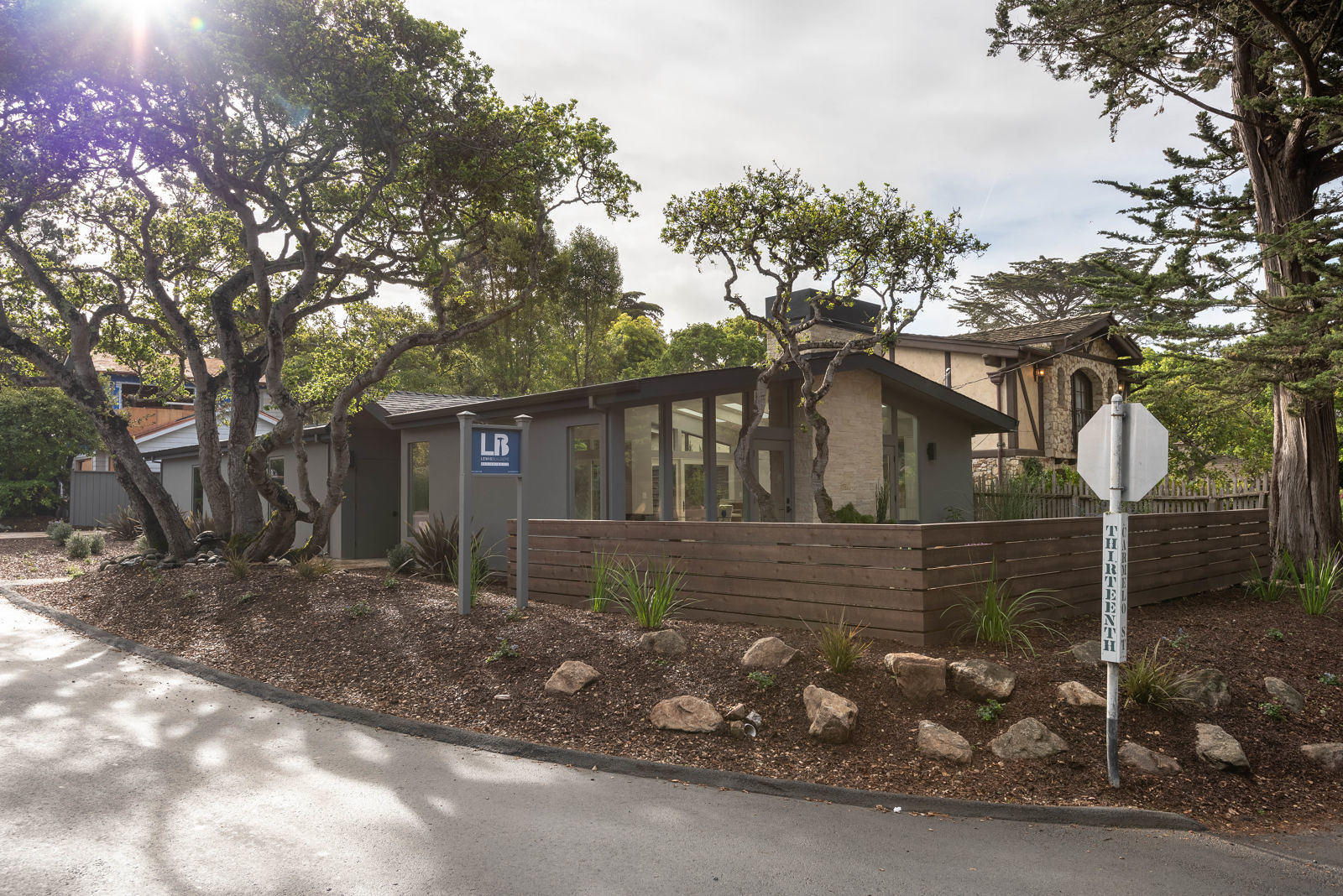 Of the final result, John says: “We pride ourselves on being able to accomplish any kind of architectural design—Victorian, Craftsman, contemporary, or whatever. With this house, we wanted to pay homage to Eichler and do something that he might do in 2019. I like to think he would consider this a job well done.”

For more of the midcentury-modern style: 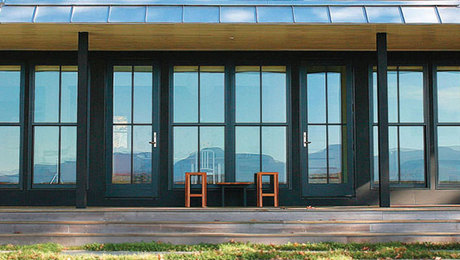