Use this fast, foolproof method to deal with problematic framing or depth differences when remodeling.

Synopsis: Remodeler Tyler Grace’s method for getting walls plumb and flat involves using a drywall screw as a depth gauge for the placement of new studs. The process is useful when remodeling lath and plaster walls and accounting for the difference in the depth of the drywall, but works just as well on any wall or ceiling that needs flattening.

Most of the remodels my company does are in older homes with lath and plaster as the finished wall surface. Many times the scope of work is extensive, and requires us to gut those walls to add utilities or insulation, or simply to start fresh. Often the existing door and window jambs are being left in place, so we have to account for the difference in depth between the old 3⁄4-in.- to 1-in.-thick plaster being removed and the new 1⁄2-in. drywall that will be replacing it. Since this means padding out the framing a bit, we take that opportunity to also correct any inconsistencies in the old framing.

Our method of establishing plumb and flat relies on drywall screws as depth gauges, which we like because they’re easy to fine-tune with the guidance of a laser plumb line. Although it would take longer, you could do this work using a long level in place of the laser.

Of course, this method can be useful for flattening walls and ceilings in any house, regardless of whether the interior was plaster—but in my experience, if a home is old enough to have lath and plaster walls, it is typically old enough to have settled, bowed, and moved. Taking into consideration the fact that we have to pad the wall out to make up for the difference between lath and plaster and drywall, I prefer to kill two birds with one stone by sistering new studs to the existing wall studs and ensuring everything is flat.

The jambs set the depth 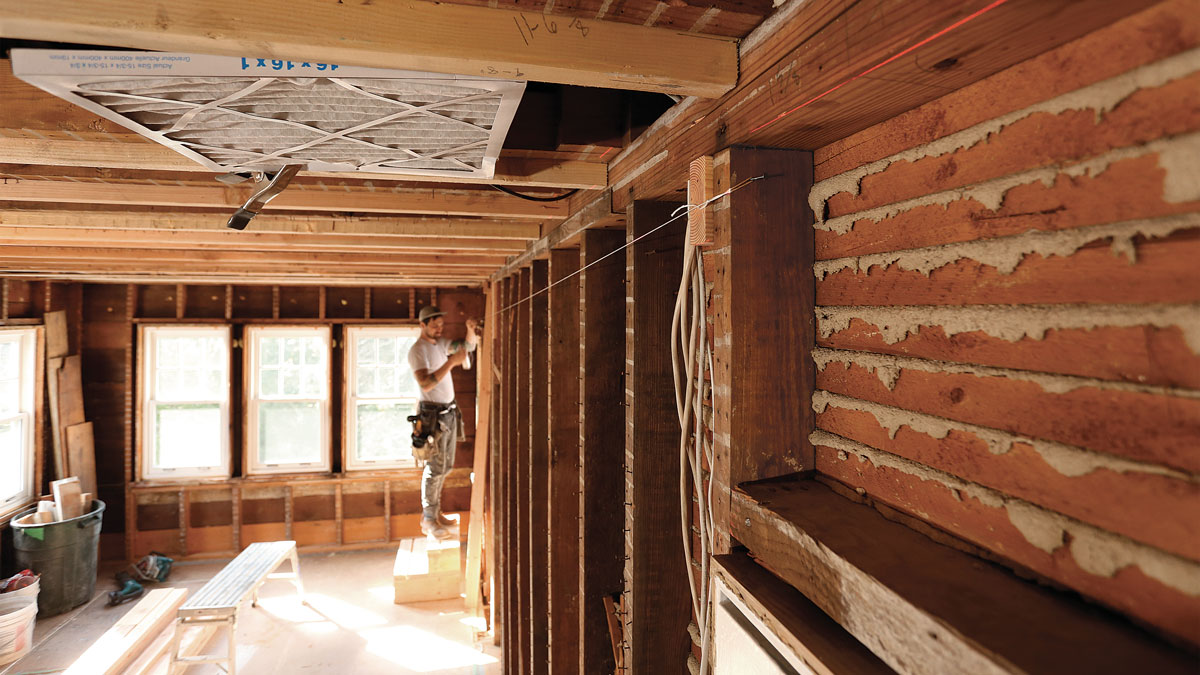 Stretch strings. Next, set up a pair of taut stringlines—one between the two upper blocks, and another between the two lower blocks—to guide the placement of the new studs. 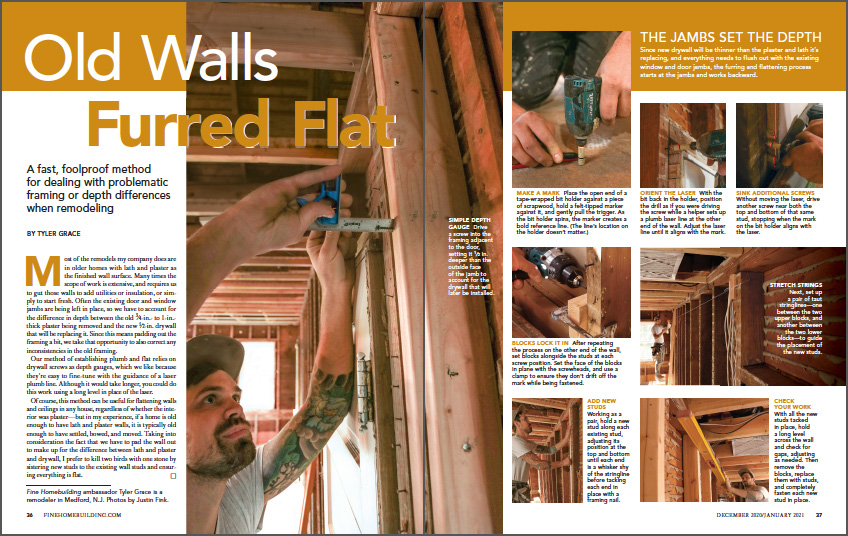 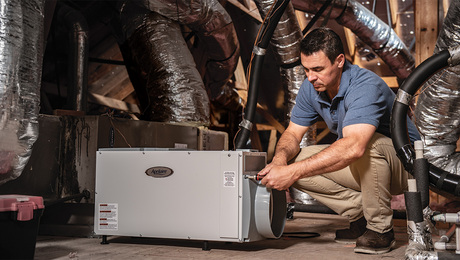