FHB House Nebraska is being built by experienced and successful builder Jason Mollak to fit his family of seven. For a family of this size, the house has to be durable, comfortable, and energy efficient, and use all of its space well, including workspaces for mom and dad. As Jason is a builder who specializes in trim carpentry, the house also needs to show off his talents. Follow along as Jason brings this project to life.

Watch framer Mark Henrichson and his crew frame, sheath, and tape seams on the first-floor walls of FHB House Nebraska.

In this episode of FHB House Nebraska, framer Mark Henrichson walks us through the steps of framing the first floor. His process on this build is a bit different than normal, simply because while we were there shooting he was training eight new workers. Typically, there’s one carpenter building and sheathing each wall. On this project, there are three to four people on each wall while the new crew members are learning.

The team assembles as many details as they can on the ground before they raise each wall. They sheathe and tape the walls, and route out the window openings. Then, they’ll stand them all up together. Zip System sheathing allows them to skip using housewrap and get right to taping. Mark explains their process and what it’s like to work with the sheathing:

“I think it’s a great product to work with. I wish everybody around here used it, but unfortunately they don’t, especially in the production world that I usually live in. I keep 1/8 in. around all the panel edges, tape the seams, and roll the tape. 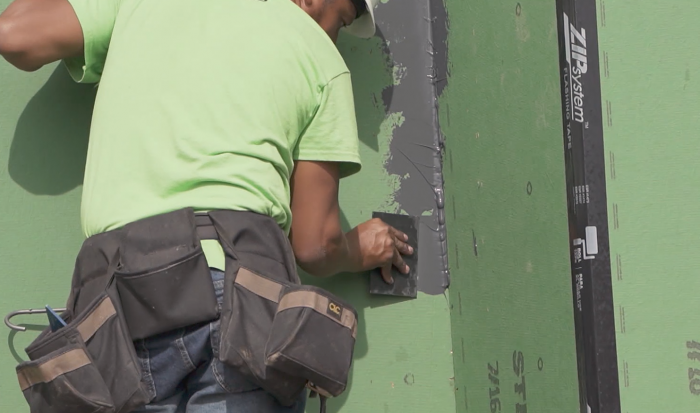 On this house, we’re using ZIP System Liquid Flash on the inside corners, and then we’re using the Zip System Stretch Tape on the bottom of the windows. Other than that, it’s pretty much just like regular sheathing. It’s important to roll the tape because there’s a seam in the plywood, so it acts as a seal. It’s important that all debris is blown clean from the wall and to get all the air bubbles out of the tape when rolling it to get good adhesion.” 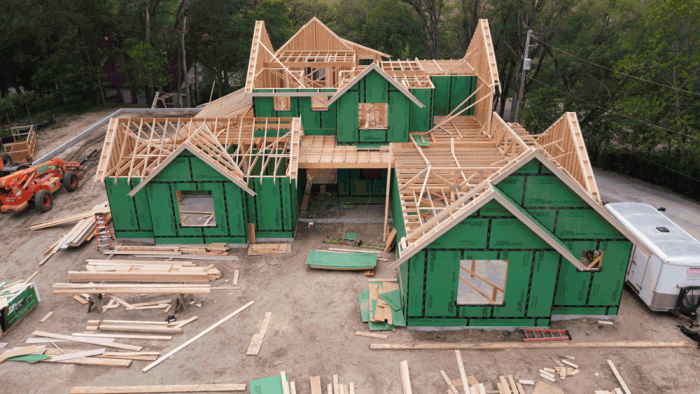 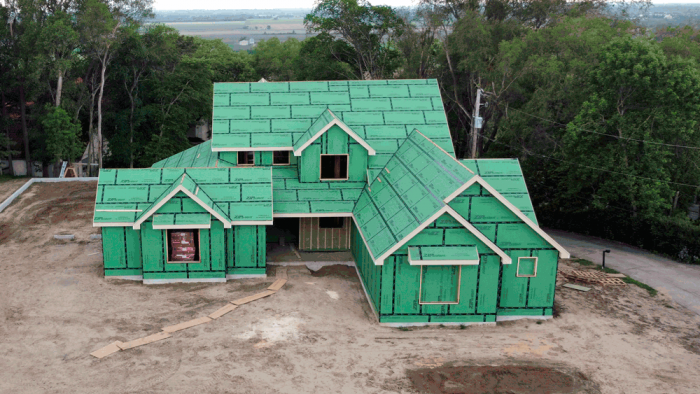 After the house was fully framed and sheathed, Mark’s work on FHB House Nebraska wrapped, proving a valuable project for his crew to work and learn from. Now that the home is dried in, builder and homeowner Jason Mollak can get to work on the interior and start installing insulation. 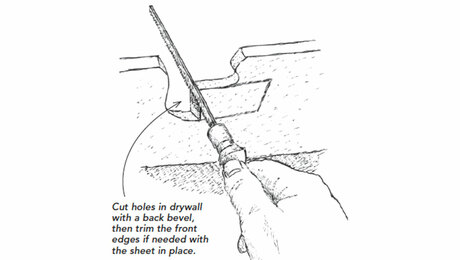