A Three-Quarter Bath in Half the Space

Clever layout and fixture choices help a bathroom under a narrow staircase make the most of its 25-sq.ft. footprint.

Synopsis: After buying a 1911 Craftsman house in Northfield, Minn., architect Steve Wilmot and his family had some work to do. In addition to remodeling the upstairs bathroom, they also wanted to create a small bathroom in a first-floor closet under the stairs that had a toilet but nothing else. After studying the 3-ft. by 8-ft. space and making some preliminary drawings, Wilmot realized that the space was just big enough for him to install a toilet, a sink, and a shower. In order to accomplish such a feat, however, he had to move the toilet and the door. The new door was positioned directly across the sink location, so Wilmot had to choose a sink small enough for clearance. He was able to find one at a garage sale.

Architect Steve Wilmot and his family live in a Craftsman-style house in Northfield, Minn. The house was built in 1911 by a Swedish carpenter who occupied it for the next 50 years. Afterward, the house endured a long line of owners who neglected it over several decades. The Wilmots bought the house at a garage sale. (The owner had included the house in the list of items for sale in her newspaper ad.) It needed work, but it was a solid structure with plenty of character that had lots of potential.

While remodeling the upstairs bathroom was at the top of their priority list, the Wilmots also wanted a more complete bath to replace the quasi-powder room that occupied a closet in the first-floor bedroom. (The closet, approximately 3 ft. by 8 ft., contained a toilet but no sink.) After studying the space and making preliminary drawings, Wilmot realized that the space was just big enough for a sink, a shower stall, and a relocated toilet. 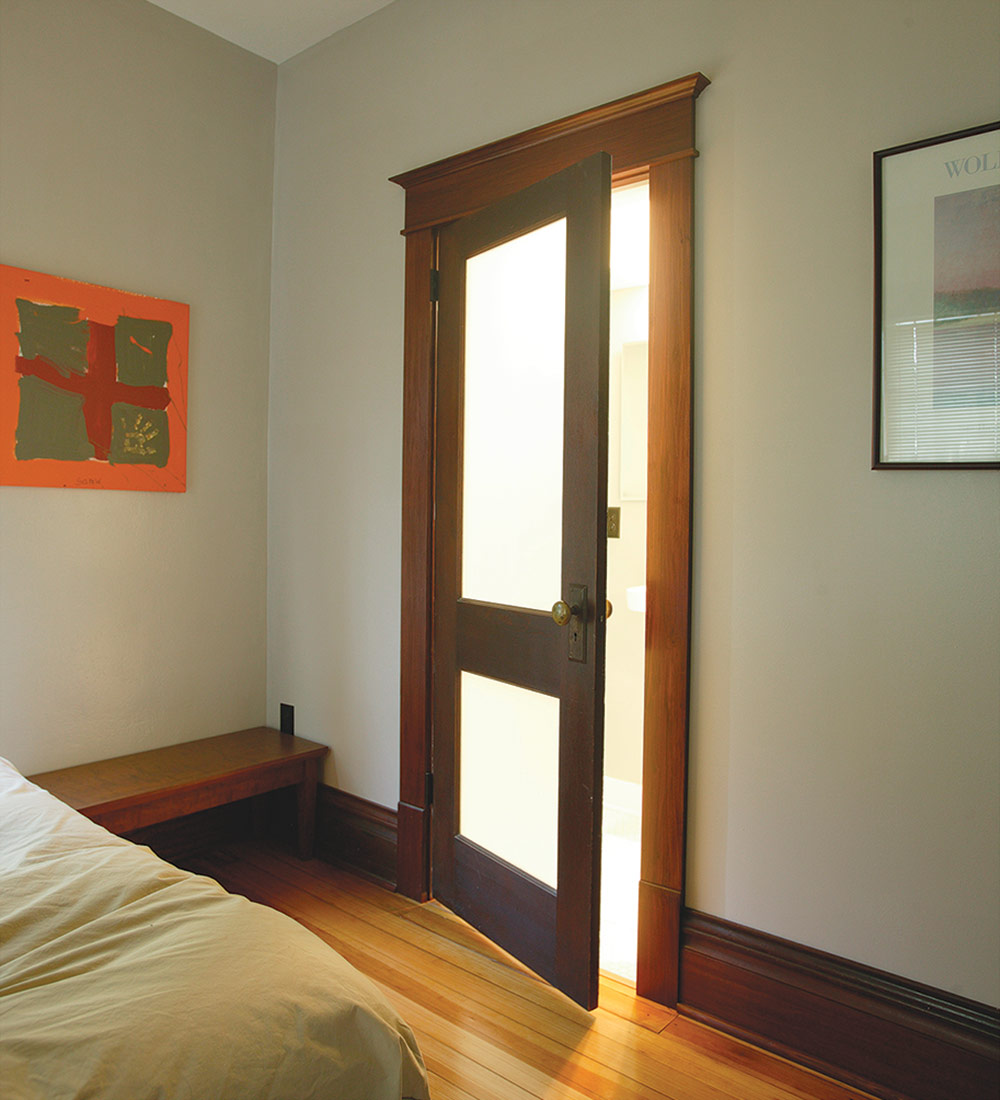 Solution: Bring in light from the adjacent room. Rather than install a new exterior window, Wilmot opted for a cabinet above the toilet to store towels, toilet paper, and medicine-cabinet items. To provide natural light and to reduce the tight feel of the room, he replaced the wood panels in the door with translucent glass that gives the added benefit of showing when the room is occupied.

Solution: Tuck the toilet under the stairs. The intended bathroom space—a closet—was under a staircase, so in addition to being small and narrow, it had height restrictions. At one end beneath the stair stringers, there was just enough headroom to stand. That was the location with the best fit for the shower stall.  The opposite end of the space, under the stairs, was ideal for the toilet. 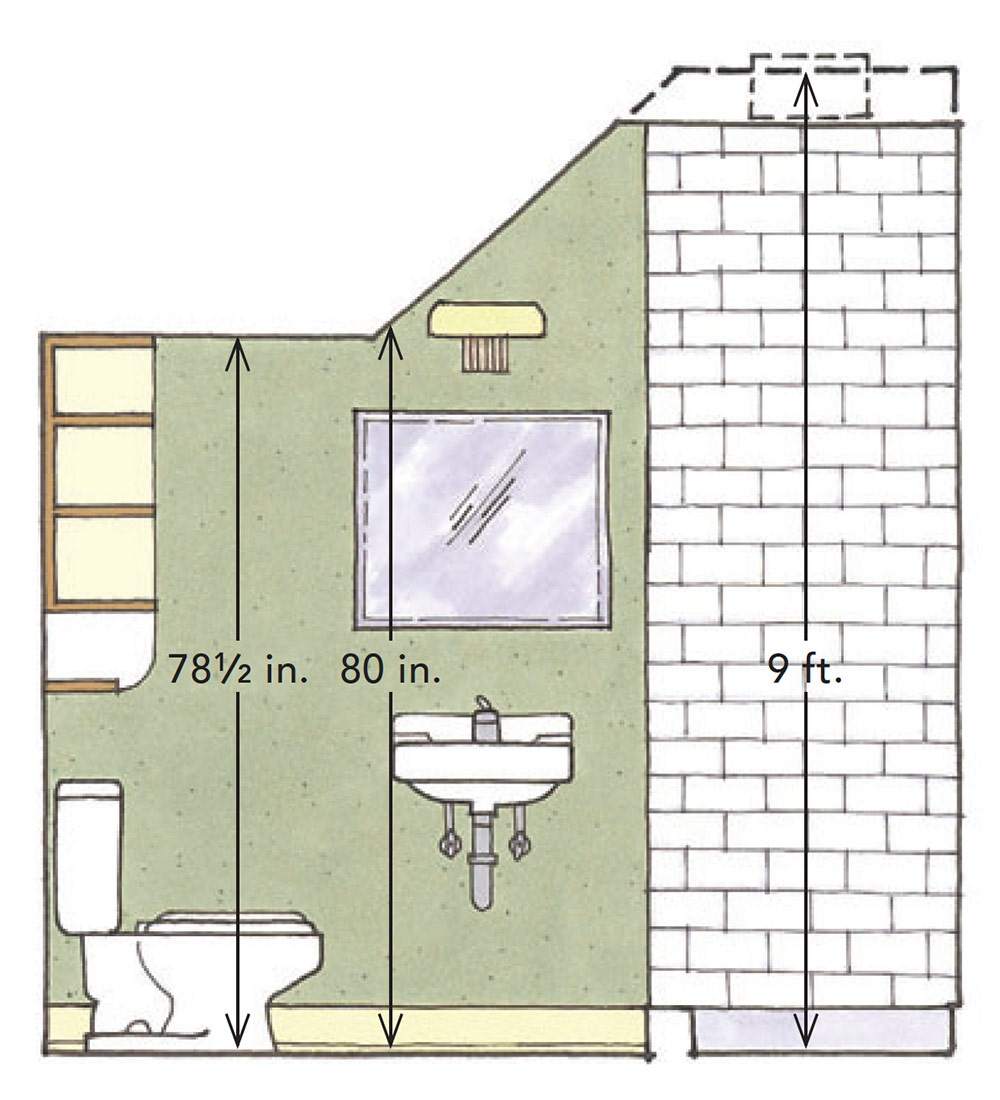 Access on the long side of a rectangular room is generally easier, all the more so in a tiny room. Wilmot realized that the existing door’s location wouldn’t work, and he considered opening the wall below the first stair landing so that the entrance would be from the kitchen. However, that arrangement would provide only enough space for a half-bath. Instead, he moved the door to the middle of the bedroom side, which left enough room for both a toilet and a shower stall. The one downside: Wilmot had to choose a small sink to create enough clearance at the doorway.