A quiet fan, airtight ductwork, and a leak-free vent combine to clear moisture from the bathroom and the house.

Synopsis: A remodeling contractor offers a step-by-step guide to the installation of a bathroom fan, stressing the importance of preventing any moist air from leaking into the attic. A sidebar in the PDF below illustrates how to wire a high-tech switch that will keep the fan running for 20 minutes after you leave the room.

If you’re like me and enjoy a hot shower, the last thing you want in your bathroom is a fan that sounds like a helicopter. The reality is that hot showers create moisture that, left alone, will lead to mold and mildew problems. Lucky for us, the bathroom fan has come of age.

Today’s fans are quieter and move more air than yesterday’s models. Whether I’m building a new house or remodeling a bathroom, I install an ultra-quiet exhaust fan because a quiet fan is more likely to be used. And a properly installed fan clears excess moisture from the bathroom and the house to where it is unable to find a way back in. The fan should be near the shower, and the ductwork should be airtight and vented out the roof or a gable-end wall. Vapor exhausted through a soffit often will be drawn back into the attic through the soffit vents. The entire system must be airtight to keep moisture from leaking into the attic or wall and ceiling cavities.

Once installed, the fan must be used properly. As long as moisture is in the bathroom, the fan should continue to run. To eliminate the risk of it being left on for hours at a time, I install a delay-timer switch with the fan, which keeps it running for up to 60 minutes.

This may sound like a lot of work for a bathroom that has a window in it. But as a remodeler, I’ve seen the mold and mildew problems that moisture can cause. Opening a window is a good idea, but it isn’t reliable enough to eradicate moisture effectively.

Protect the bathroom and yourself

Cut the ceiling and keep clean with a plastic bag and a plastic suit. 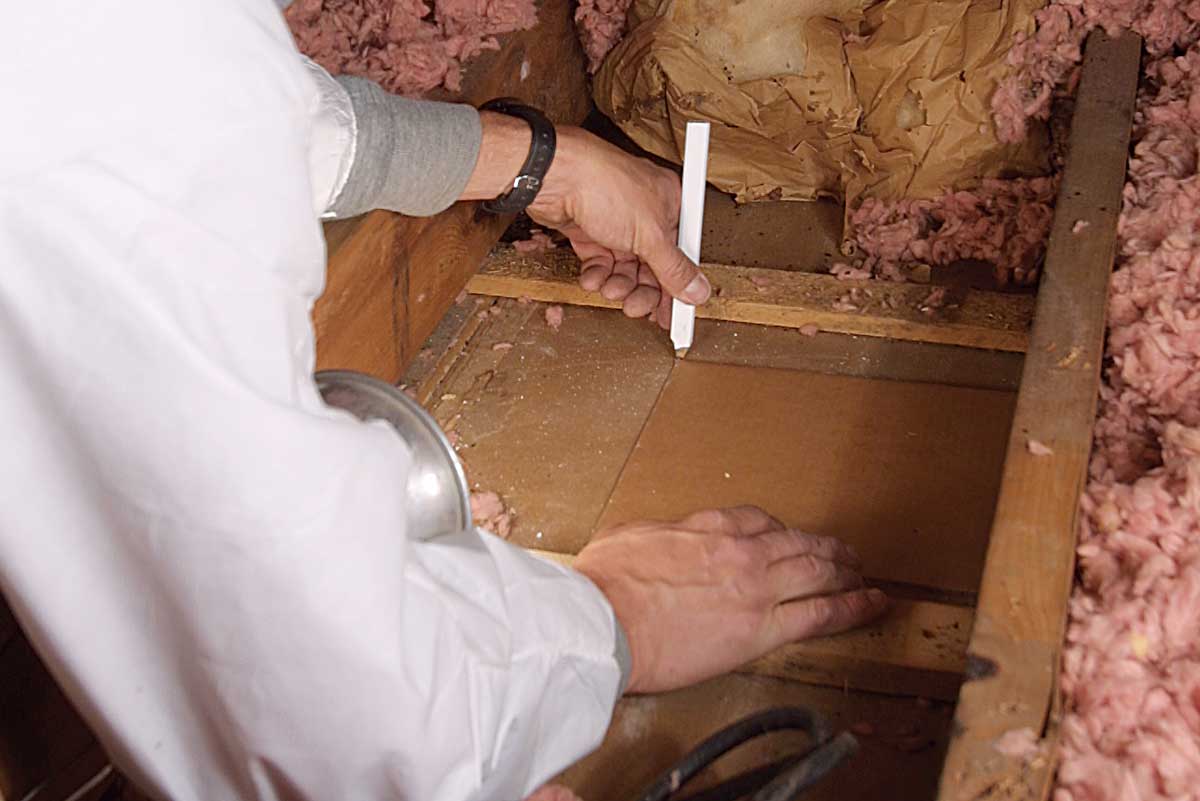 Prevent air leakage in the attic

Keeping moisture out of the attic is critical. The two key points are installing a leak-free duct and keeping air from the bathroom from leaking around the fan.

When a curve is necessary, attach the duct to the fan, and create a short, sweeping arc toward the ceiling to determine the length of duct and the best location for the roof vent. Trace around the duct’s perimeter onto the inside of the roof sheathing. 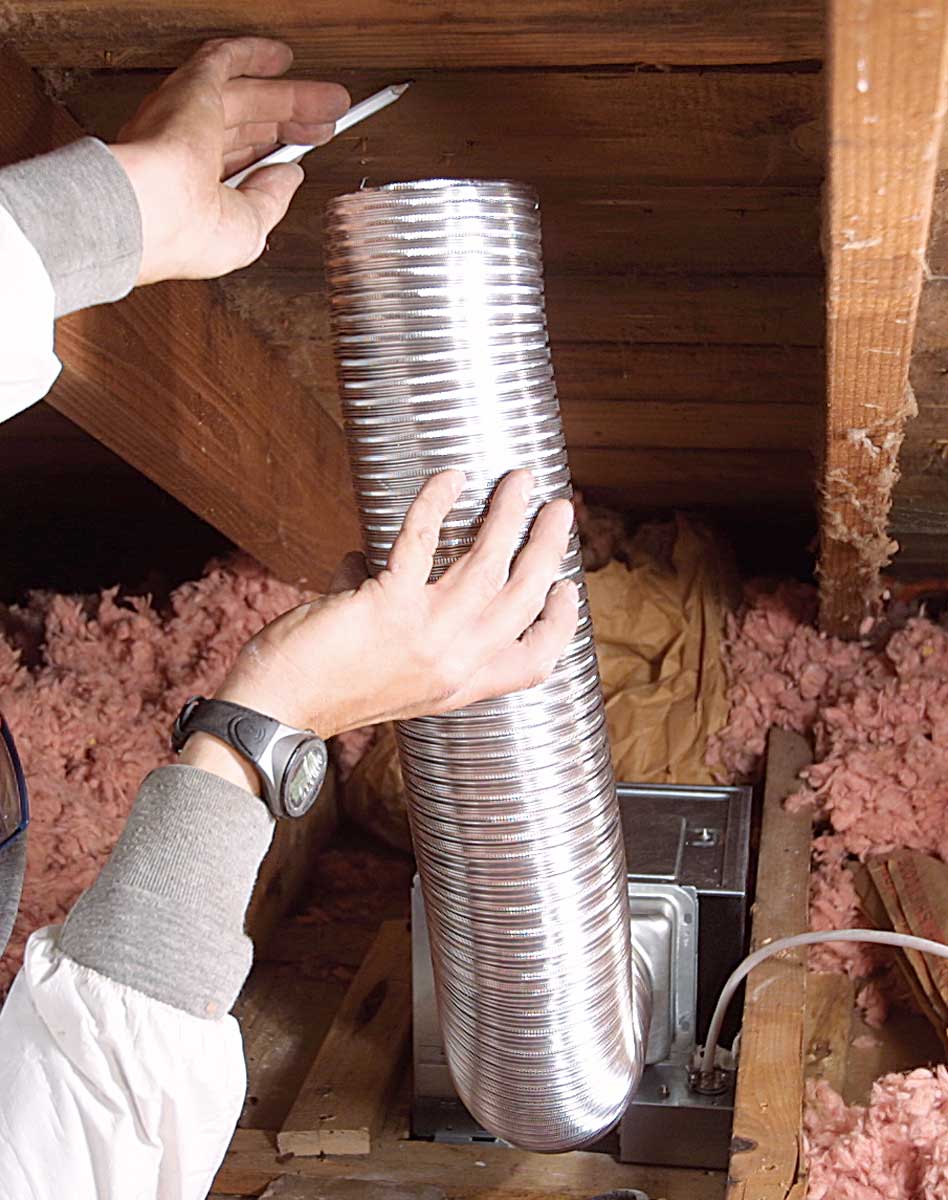 Trace the vent receptacle onto the roof around the driven screw. If the circle is touching a shingle’s tabs, remove that shingle before cutting the hole.

Keep water out of the attic by flashing around three sides of the roof vent.

Mike Guertin is a builder, remodeler, and contributing editor to Fine Homebuilding from East Greenwich, R.I. Photos by Brian Pontolilo.

View PDF
Previous: Invisible Ventilation for a Better Bath Next: How To Prevent Bath-Fan Condensation