To avoid moisture problems, either seal and condition your crawlspace or isolate the space from the rest of the house.

Years ago I was working with a builder on a job in New England where a small crawlspace foundation was being poured for an addition to an old house. The builder had set metal foundation vent openings into the foundation formwork, but told me that as soon as the building official did his final inspection he planned to seal the vents from the inside using rigid foam. Warm outdoor air, he explained, holds more moisture than cooler crawlspace air. When that humid outdoor air enters through the crawlspace vents, it condenses on the cool surfaces and can lead to rot, mold, and poor air quality.

Yet, according to a report published by the U.S. Department of Energy, builders and designers often stick to this failure-prone “vented crawlspace” approach because they believe the code doesn’t allow them to build an unvented one. Therein lies the confusion.

First, vented crawlspaces can work, as long as they’re detailed correctly­—most aren’t. Second, the building code typically does not allow “unvented” crawlspaces, but it does allow the construction of sealed, “conditioned” crawlspaces. A successful crawlspace, from a moisture perspective, must be either part of the conditioned envelope of the house, or completely separated from it. Anything in between is a recipe for disaster. 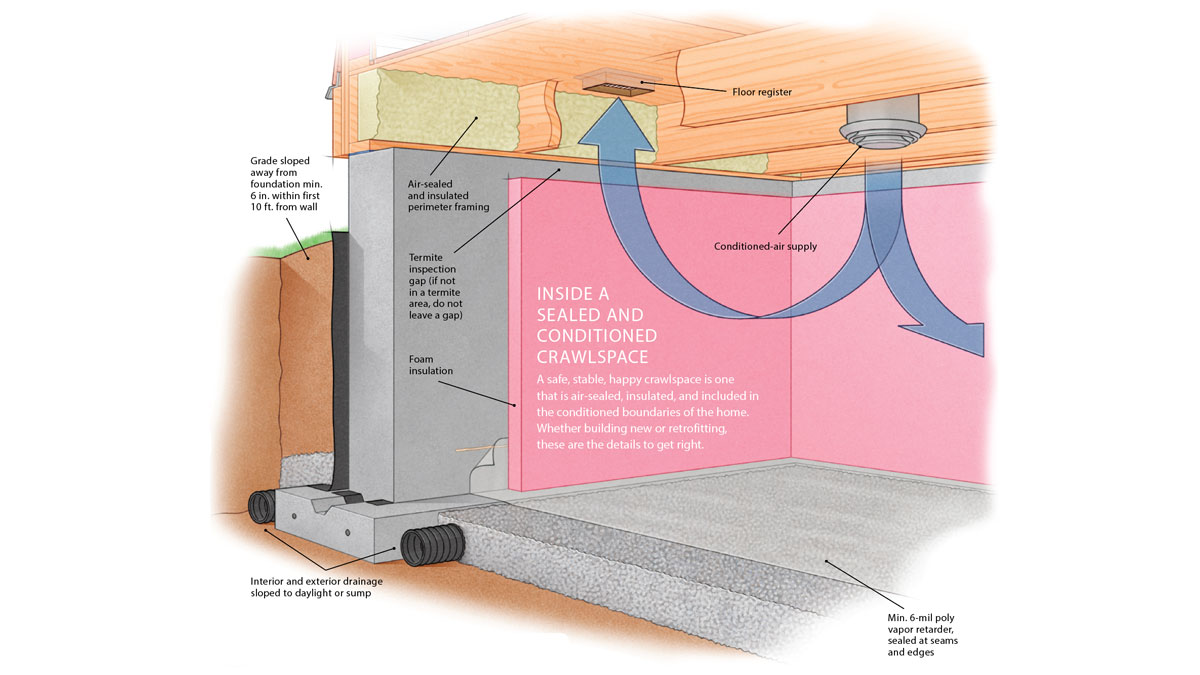 As building scientist Joseph Lstiburek warns, the term “unvented” has led to a lot of crawlspace problems over the years. “Unvented implies that you just don’t install vents. Wrong. Big time wrong,” he wrote in a Building Science Corporation article. “There has to be a means of removing moisture from the crawlspace when the crawlspace is connected to the house. …Houses are ‘conditioned’ and conditioning means controlling temperature and relative humidity.”

This is relatively easy in new construction, but can be difficult in retrofits. Approaches vary, but perhaps the most popular is to insulate with spray polyurethane foam or rigid foam board applied to the walls of the foundation (on the inside or outside face) as well as the rim board of the floor framing. The floor of the crawlspace doesn’t need to be insulated, but it must be covered with a continuous layer of at least 6-mil polyethylene sheeting sealed at all transitions and seams. 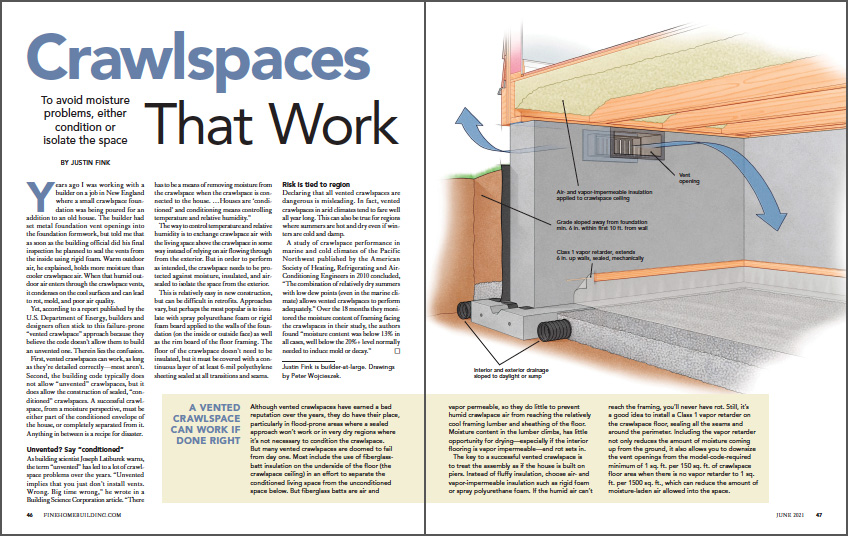