FHB House Nebraska is being built by experienced and successful builder Jason Mollak to fit his family of seven. For a family of this size, the house has to be durable, comfortable, and energy efficient, and use all of its space well, including workspaces for mom and dad. As Jason is a builder who specializes in trim carpentry, the house also needs to show off his talents. Follow along as Jason brings this project to life.

Learn how builder Jason Mollak got a crash course in land development, zoning, city sewer and septic while getting FHB House Nebraska out of the ground.

There were months of planning ahead of getting out of the ground. We started by going to our plan designer/architect with the idea to modify our floor plan to mirror our previous home. But due to the lot being larger and wanting to have a nice view, we decided to scrap that idea entirely and build the home around the lot and land.

After we finalized the plans, we submitted everything to the city for approvals. Later, they came back to let us know we needed to submit for two different permits since we have a separate outbuilding, which really slowed down the process. Once we got those things resolved and approved, we started the process with getting foundations done and getting ready for groundwork. While doing so we found city water nearby, but started running into problems with city sewer connections.

Ultimately after weeks of phone calls and finding out we would need to pay to run public sewer one way or the other several hundred feet we pursued septic and due to the surrounding wells it narrowed our field to such a small area it needed to be engineered and approved by the state. This decision was a big turning point and we started the groundwork from there. But those weren’t the only obstacles we had to address. 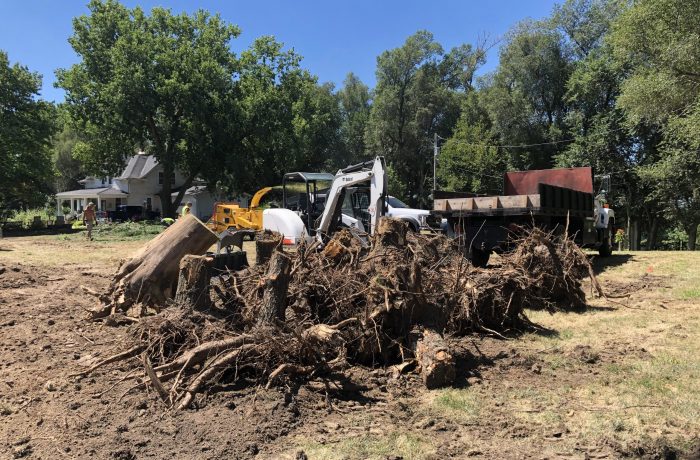 The rural zoning for our lot had pushed our home back an additional 25 feet on the lot. That meant we had to develop more of the back of the lot and remove 12 more trees and stumps in order to build a retaining wall for our landscaping and outdoor space. We also ended up having to bury our overhead power as it was running through the back of our home. It wasn’t as simple as trenching it behind the home in an easement because as we started digging we were getting too close to the neighbors septic field and had to stop and wait for the retaining wall to get built and bury conduit behind the wall.

Thankfully, my father-in-law is Crone Landscape Construction and is also our landscaper, so, working alongside them, building the wall we were able to bury the 150’ of conduit together and then contact the public power to come in and run the new lines and remove the pole.

Overall, we ended up with a crash course in land development, zoning, city sewer and septic. 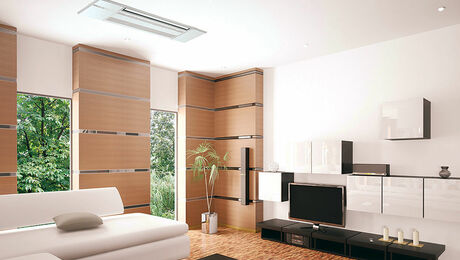