A Different Approach to Frame-and-Panel Doors

A three-layer sandwich takes the place of complicated joinery. 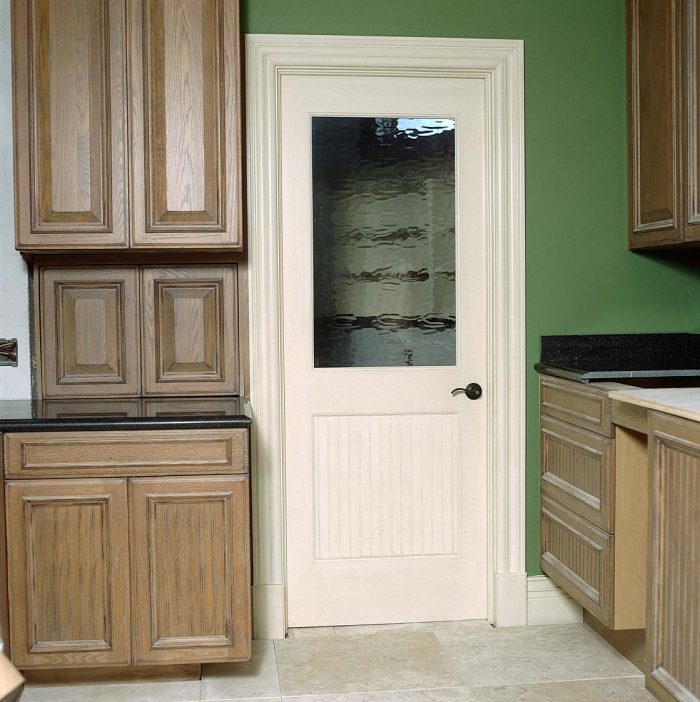 A good carpenter can make almost any wooden thing that goes into a house. However, I’ve learned that just because I can make something doesn’t necessarily make it profitable or in my client’s best interest.

This principle came to mind recently when a client asked me if I could make a couple of frame-and-panel doors with a panel detail that matched the beaded design in some of her cabinets. Doors are typically built in specialty shops, and for good reason. Most frame-and-panel doors are cope-and-stick joined, where the pattern moulded inside the rails and stiles holds the panels in place and the ends of the rails are machine-coped to butt to the stiles. Dowels reinforce these joints.

Mortise-and-tenon joints are an alternative, but neither method lends itself to small jobs. Cope-and-stick doors call for a shaper and some expensive cutters, and mortise-and-tenon doors take either lots of machines or lots of time.

However, I’ve used a third method that requires minimal tooling to build doors. Using this method, a front frame and a back frame are glued together around a thin inner layer that acts as tenons to join the stiles and rails of the two frames. Because only a few doors were involved in this project, my client’s unusual detailing would have made using a door manufacturer expensive. In this case, my unconventional method made making doors both profitable and in my client’s best interest.

Hidden pocket screws join the rails and stiles of a pair of 3/4-in. thick frames. A center layer of 1/4-in. thick material overlaps the joints in the frames. Once glued in place, this layer acts much like a tenon to join together the door.

A layer of thin stock glued between the frames effectively creates tenons that lap the stiles. Outer strips that run parallel to the stiles hide the tenon layer’s end grain.

Holding In The Panels

One of the complications of traditional frame and-panel doors is that the panels are captured by the frame during glue up. Inadvertently gluing the panels to the frame can cause them to crack. I avoid this trouble by holding the panels in place with moldings.