These precased doors are quick to install and allow variations in wall thicknesses.

Synopsis: A concise guide to taking your doorway from rough opening to finished casing in less than an hour. Learn the advantages of purchasing a prehung door with the trim already installed, as well as the tricks the pros use to make installations a cinch. The article includes step-by-step pictorials which cover every aspect of installation from precutting shims to tweaking hinges for a sturdier hold.

Door manufacturers keep making it easy on us. As an improvement to building door jambs on site, they gave us prehung doors: doors that are hinged and installed in the jamb at a factory. No more building jambs or mortising hinges. All that’s left to do is set the door in an opening and install trim pieces. How could they make it any easier? By installing the trim at the factory, too.

The jamb with the groove, called the split jamb, contains the door and door stops and is installed first. The tongued half, called the main jamb, is installed second. The tongue-and-groove design ensures a tight fit, even when wall thickness changes due to bulges in plaster or drywall.

My method for installation involves preplumbing the rough opening with custom shims. I can go from rough opening to finished casing in less than a half-hour.

Shims And Spacers Remove The Guesswork

Because precased doors leave no room for shims to extend beyond the wall, standard shims don’t work easily for split-jamb doors. Instead, I cut 4-in. by 4-in. square shims from 1⁄8-in., 1⁄4-in., and 1⁄2-in. stock; and plumb the rough opening on the hinge side before setting the jamb in place

If I’m installing a door before the finished floor is in place, I use a variety of spacers to raise the jamb off the floor. For carpet, I use a 3⁄8-in. spacer; for tile, I use a 1⁄2-in. spacer; and for hardwood or an engineered floor, I ask the floor installer for samples of flooring, and I use the samples as spacers.

A Story Pole Makes It Quicker

I verify the rough-opening size and determine the direction of door swing. This step establishes which side the hinge jamb is on.

I cut a straight 2×4 to create a simple story pole for marking the door’s hinge positions.(If you’ve got only one or two doors to hang, you can just measure.) The 2×4 should be shorter than the rough opening and taller than the top hinge. Number and location of hinges vary by manufacturer, so I make a new story pole for each job. I attach a 4-ft. level to the story pole with shrink wrap. I like shrink wrap because it’s fast and leaves no sticky residue as tape does.

I separate the jambs and place each jamb on its proper side of the rough opening. For shipping, the door usually is secured to the jamb with one or more nails. Because the door is easier to handle with a nail in place, I remove all the nails but one, which I loosen.

Setting the hinge side on the aforementioned floor spacer, I test-fit the split jamb in the rough opening. If it fits, I slip the latch side out, pull the last nail, slip the latch side back into the rough opening, and tack the casing at the hinges. I prop open the door at about 90° to expose the hinges. With the casing snugly against the wall and the jamb pushed tight against the shims, I drive a #9 by 21⁄2-in. screw through the top hinge to lock the jamb to the framing. I do the same to the bottom hinge and middle hinge, if present. The relatively more common #8 screws are too small and #10 screws are too big, so I search out #9 screws.

With the door secured to the wall on the hinge side, the head and latch jambs are hanging loose. Remaining on the door side, I close the door and slip 1⁄8-in. spacers between the jamb and door to produce a uniform gap across the top of the door and along the latch side. After that, I nail the casing tight to the wall (photo 2).

It’s important not to use a floor spacer under the latch jamb for three reasons: The latch holes are measured from the top of the door; the jamb legs may not be the same length; and the floor may not be level.

Slip The Tongue Into The Groove

Now that the door and split jamb are installed, close the door, and from the latch side, I fill the gap between the jamb and the trimmer stud. Using precut shims, I gently fill this space at the top, bottom, and latch plate. Because the jamb is exactly where it is supposed to be, the shims should snug the jamb to the trimmer stud, but not move the jamb. It is better to err on the loose side than to pack the gap too tight.

With the shims properly placed at the top, bottom, and latch, I slip the main jamb into the split jamb (photo 4). I hold the casing of the main jamb firmly against the drywall and nail it off.

Once this step is done, I nail through the jamb where the tongue and groove mate (photo 6). It’s important not to overcompress the door jamb at this point; an air-powered finish nailer does the trick nicely. I nail through the shims on the latch side and at each hinge. If there are only two hinges on the door, I add a nail where the middle hinge would be.

2. The jamb can conform to changes in wall thickness.

4. The split jamb can be adjusted to remove slight gaps between the door and the stop due to uneven rough openings.

5. This style is easily adaptable to floor-thickness transitions.

1.  Home centers have a limited selection of molding styles. Local door makers and lumberyards will install any casing style you want.

1. Far quicker to install and more accurate than a blank door and jamb, which must be assembled, hinged, and fitted on site.

2. Usually, wide walls can be accommodated with extension jambs to the nonhinged side.

1. If the wall is not of uniform thick- ness, a gap will appear between the casing and the jamb. 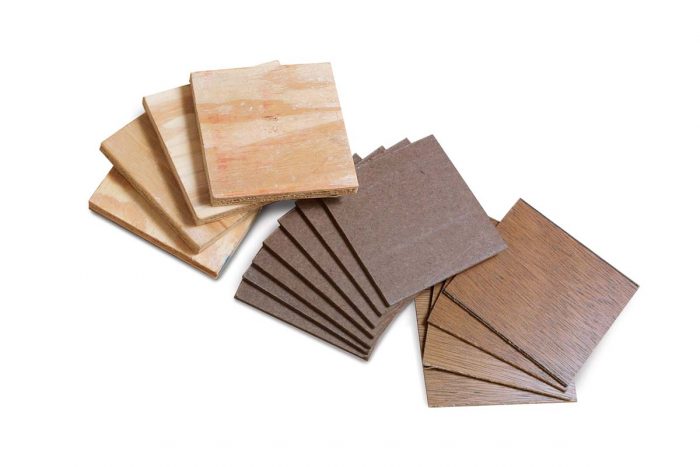 Because split-jamb doors have preapplied molding, long, wedge-shaped shims won’t work; instead, the author cuts 4-in. squares of different thicknesses to plumb the opening, to raise the jamb for flooring, and to make a consistent gap around the door.

Screw The Hinges To The Framing 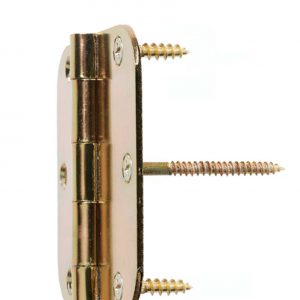 For a sturdy installation, remove the middle screw from each hinge and replace it with one long enough to penetrate the framing. The hard-to-find #9 screws fit the countersink perfectly.