Read the NFRC label to understand the energy-efficiency ratings of windows, doors, and skylights.

R-value, the ability of a material to resist heat flow through it, became a household word in the 1970s, when soaring energy costs led to a boom in home insulation. The higher the R-value, the better, we learned. Given the push to make houses ever more energy-efficient, the next frontier was windows because single-pane glass is a terrible insulator. Shortly, there was a blizzard of energy-saving technologies applied to windows, doors, and skylights—and a flurry of new terms to describe them.

Chief among this thicket of terms is the U-factor, an aggregate measure of how well nonsolar heat flows through a window’s glazing and frame. Simply put, U-factor is the inverse of R-value (1 divided by the R-value), so the lower the U-factor, the better. The U-factor is a rough measure of conductive heat loss and gain. But the more elaborate window science became, the more crowded labels grew—as you can see in the drawing below. This information is all good, but to figure out which window features make economic sense for your region, have a look at www.efficientwindows.org.

Well, that will get you started. And, of course, there’s a wealth of professionals, from architects to energy consultants, who can help you balance the competing claims of cost, performance, and a plethora of features that there’s no room for here—including impact-resistant glazing that’s required in storm-prone areas, acoustic windows whose ability to reduce noise is rated with a sound transmission coefficient (STC), and even “self-cleaning” coatings that claim to slow the buildup of dirt on glass.

Reading the NFRC label on a window is an education in itself. NFRC, for starters, is the National Fenestration Rating Council, a nonprofit organization that independently rates the energy efficiency of windows, doors, and skylights. Here’s what the label is telling you.

Double glazing: Today’s standard insulated glass unit, consisting of two glass panes separated by spacers, with a sealed, airtight space between them. Triple glazing is often specified for cold climates. Glazing, by the way, is the fancy name for glass panes, the space between them, their airtight seals, and the putty or caulk that seats them in the frame. 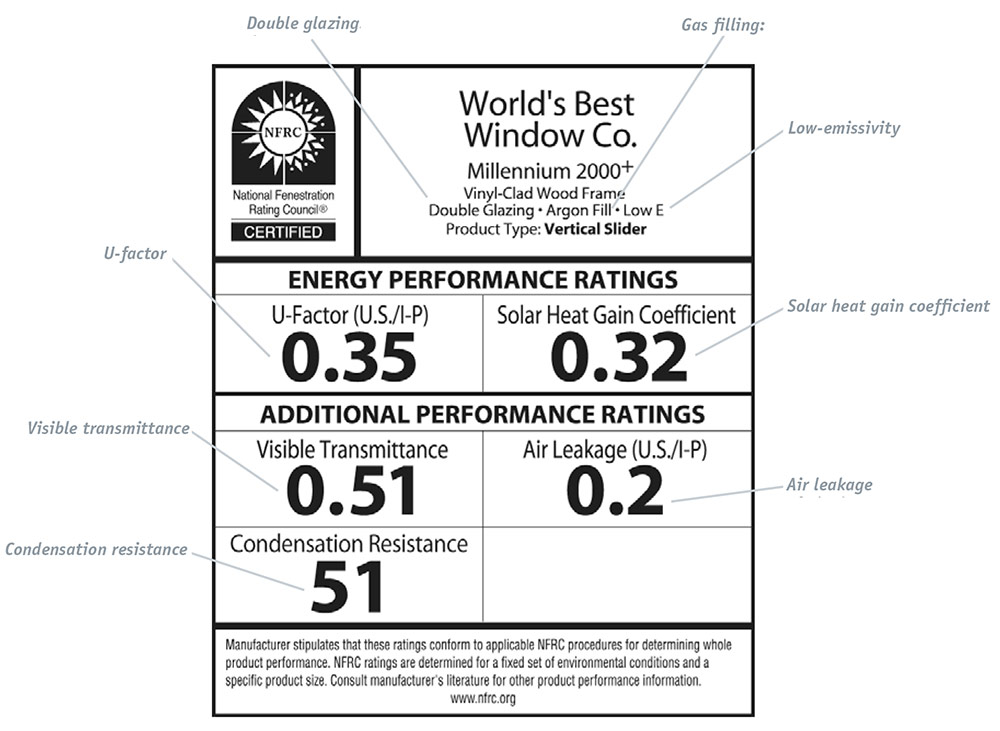 U-factor: The sum of a window’s insulating values, drawn from all its parts (glazing, frame, sashes). Measuring nonsolar heat flow, the smaller a U-factor number, the better.

Air leakage (AL): The movement of air through a window system, measured in cu. ft./sq. ft. Lower is better; <0.03 is optimal. 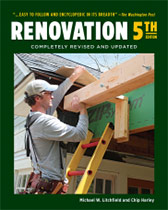 Previous: A Beginner’s Guide to High-Performance Windows Next: Should I Replace My Old Windows?