Many drum traps are still in use today, but technically are not up to current code standards.

During the course of some old-house remodeling, I gutted a room adjacent to a bathroom and noticed that the drain pipe on the existing bathtub has a trap that looks like a big soup can. Is this something I should plan to update while I have good access, or nothing to worry about?

Editorial director Justin Fink replies: What you’re describing is a now-antiquated plumbing component known as a drum trap. These iron or lead contraptions are quite common in old houses. Though they have been made obsolete by the more reliable P-trap, many original drum traps are still in use, and variations on this old design are sometimes built into modern vanities.

Your description is spot-on, because drum traps aren’t much more complicated than a soup can. They were available in all sorts of configurations and might have been installed in any orientation, even with the cleanout lid facing down (a nasty chore for the plumber doing the cleanout, but better than the lid facing up and being close to the underside of floor sheathing, making it impossible to access), but the concept was the same across all situations: The drain pipe from the tub or sink connected to the bottom portion of the drum, which filled up with water that then exited the drum through a second higher drain pipe. The offset pipes ensured that the drum retained water even when not in use, blocking sewer gases from entering the living space through the tub or sink drain.

The question of whether to replace the drum trap isn’t as cut and dried. As long as you have good access, the work of replacing these traps is not difficult—a couple of cuts with a reciprocating saw and installation of either threaded connectors or no-hub fittings make it a snap to retrofit a PVC P-trap drain assembly. The decision is more about whether it’s necessary, and how strictly you adhere to the letter of the code.

I will say that drum traps are more prone to clogging than modern trap assemblies, which are self-scouring to help prevent blockage. Plus, if they do clog, the lids are notorious for rusting in place, making cleanout access a serious chore that often causes catastrophic damage to the trap, especially with the softer lead drum traps. The self-scouring is worth highlighting because it is language straight from modern plumbing code books, and if you’re looking to be faithful to current standards, a drum trap is technically not up to code.

Also worth noting is that these drum traps aren’t very effective access points for snaking a clogged drain line. All of that said, the drum trap on my bathtub has been in service since 1926, is free of obvious signs of leakage, and is still functioning well under semi-daily use, so I have no immediate plans to swap it for a modern trap. 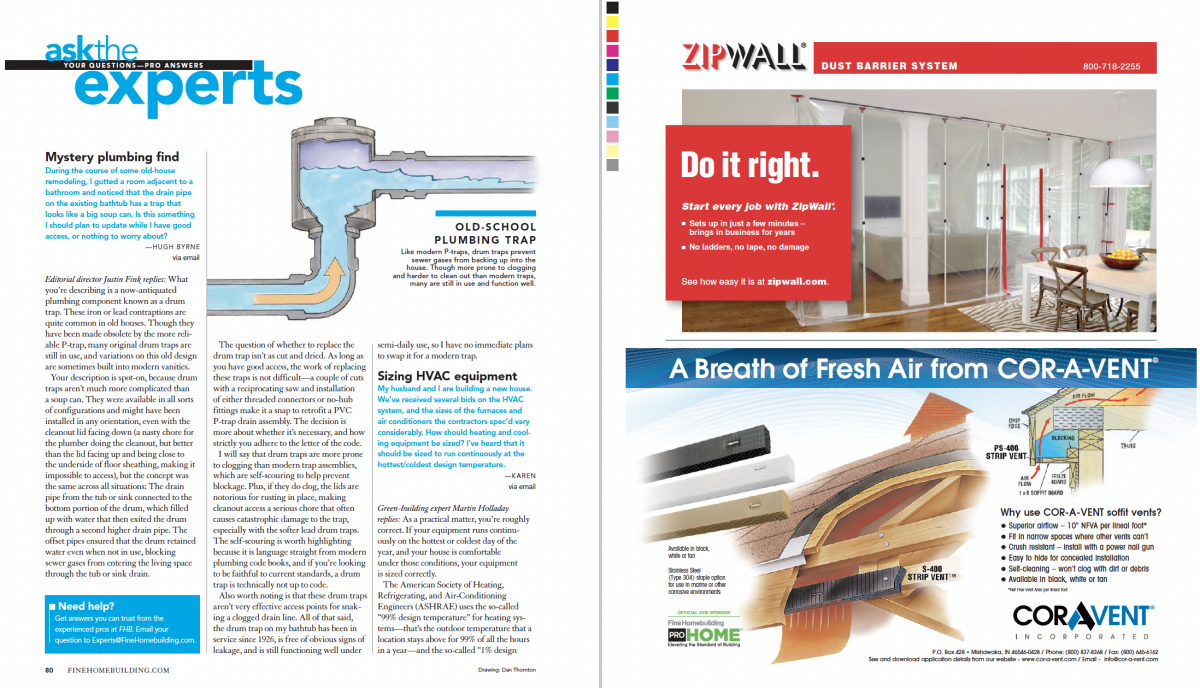