This traditionally trained artisan splits his time between teaching the next generation of craftspeople and building timber structures that people will enjoy for years to come. 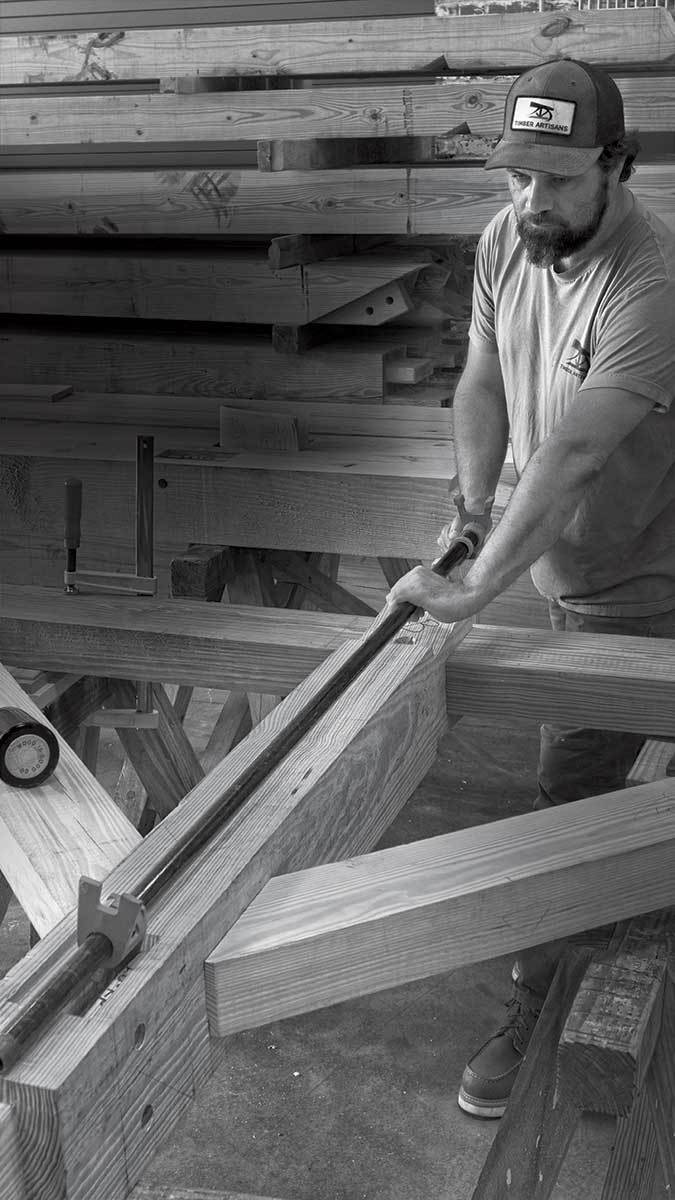 Bruno Sutter, a professor and chair of the woodworking department at the esteemed American College of the Building Arts, grew up in France, where he was first introduced to carpentry by an uncle. His background is common to those who build for a living: A family member afforded him an opportunity to construct something by hand, the seed was planted, and a career in building was born. But where Bruno’s story differs is in his course of training, which seems to be of another world, and certainly of another time. At 19, instead of going to college, Bruno entered a two-year apprenticeship before joining a guild called Les Compagnons du Devoir.

This particular guild can be traced back to the middle ages and serves to pass on the trades through the generations. Bruno’s initial training in the guild lasted eight years. Every day was spent working for a timber-framing or carpentry company. He would then attend class from 8 p.m. to 10 p.m. every night and on every Saturday. He lived in the guild’s house with a community of others studying the trades. It was an immersive, decade-long journey.

Now, in addition to running Timber Artisans, a timber-framing company he started with a graduate of ACBA, Bruno spends his days delivering a condensed, four-year training curriculum to students that is heavily influenced by the traditional guilds of France.

“As a professor, I enjoy passing on the knowledge that was passed on to me by others. As a timber framer and business owner, I enjoy building structures for people to enjoy for hundreds of years to come.”

ACBA was founded after hurricane Hugo destroyed Charleston, and the community quickly discovered the lack of true craftsmen to rebuild the city. For the past 14 years, Bruno and his colleagues have been turning out graduates skilled enough to handle work few others can.