If subflooring panels can move against the joists or abutting sheets, they will squeak.

The subfloor is the layer of structural sheathing applied directly to the joists that provides a base for all the finish floors to come. Some types of flooring, such as carpet or traditional hardwood, can be installed directly on top of the subfloor. Others—such as tile, vinyl, and some engineered wood products require an additional layer called underlayment before they are installed.

The most important function of a subfloor is to create a structural diaphragm that helps to distribute wind and seismic loads through the house frame. That’s the main reason subflooring has a code-specified nailing schedule (every 6 in. on edges parallel to joists, and 12-in. spacing in the field). But perhaps the most obvious reason that proper subfloor installation is important is to minimize floor squeaks down the road. If subflooring panels can move against the joists or abutting sheets, they will squeak. Gluing the panels down in addition to nailing them is considered best practice for eliminating squeaks, although it’s not included in the structural calculations, nor is it required by code. Some engineered floor specifications, however, may require the use of adhesive. Whenever working with engineered floor systems, be sure to follow the manufacturer’s instructions to the letter. 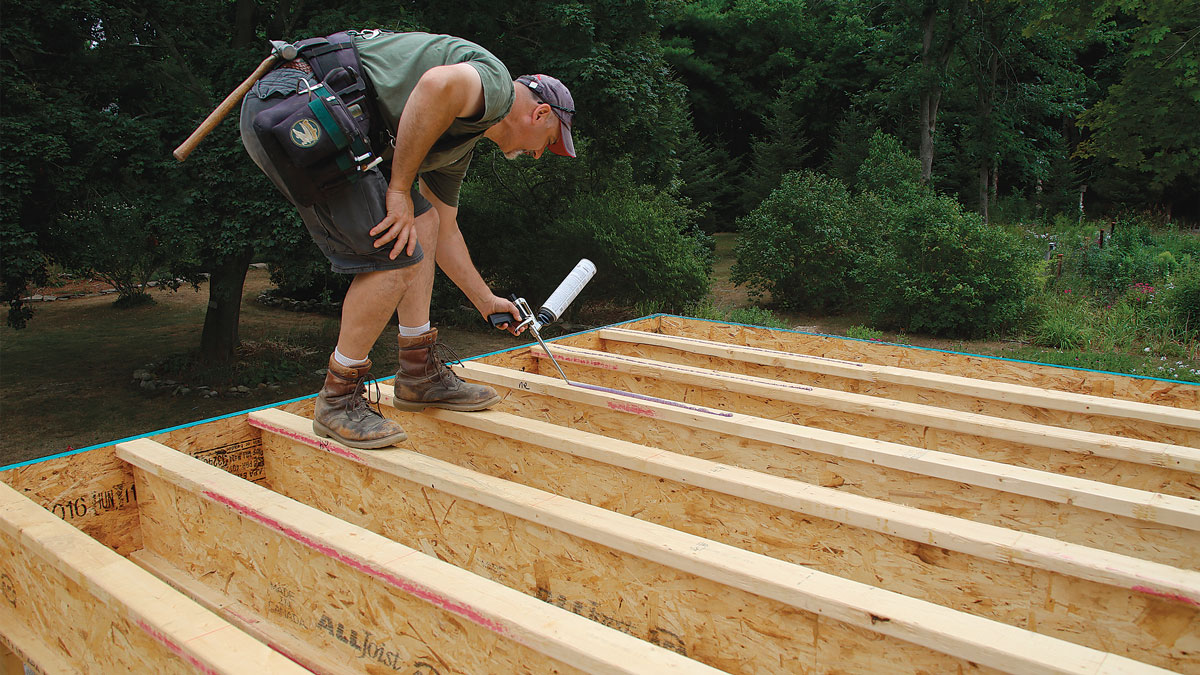 Most subflooring used these days is either 3⁄4-in. plywood or 3/4-in. OSB, one long edge of which has a tongue and the other long edge a matching groove. Tongue-and groove subflooring was pretty new to the market when I started framing in the 1980s. Prior to that, the standard was regular old 5/8-in. or 3/4-in. CDX plywood. To support the edges of the sheets so that they didn’t sag between the joists, carpenters installed blocking where the long edges of the sheets would meet. This required extra material for the blocking as well as a fair amount of extra work.

The introduction of tongue-and-groove subflooring eliminated the need for the extra work of installing the blocking because the sheets support each other when their edges interlock. Getting the sheets to go together could sometimes be challenging, however, particularly if they’d been exposed to much moisture prior to installation. The solution with the commodity sheets I saw in years past was to beat them together with a sledgehammer, using a length of 2x to cushion the blows.

Even after subflooring has been installed, extended exposure to the elements often can lead to trouble. Plywood subflooring can delaminate, and OSB is famous for its edges swelling (sometimes to the point where the joints must be sanded down prior to the finish flooring being installed). The market responded to these problems with premium grades of subflooring, such as the Huber AdvanTech used here. The company promises that AdvanTech can be exposed to the weather for 500 days with no edge swelling severe enough to require sanding, and says that carpenters should never need to use more than a few taps with a block and a framing hammer to drive the sheets home. 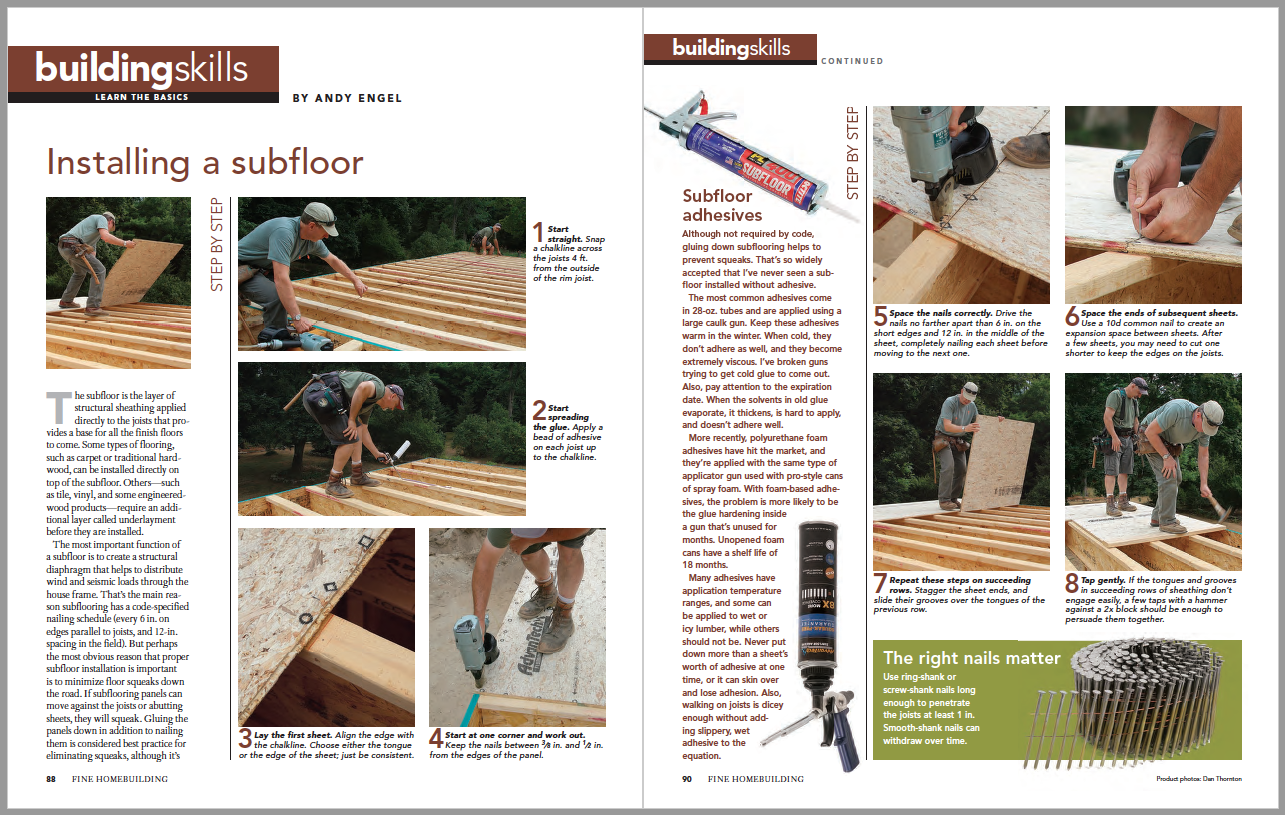 For more photos and information on subfloor adhesives, click the View PDF button below.