Non-structural beams help a new kitchen match the aesthetic of this post-and-beam home.

This remodel and addition by Whitten Architects was a matter of structural and aesthetic cohesion. Once a garage with an unfinished art studio, the heavy- timber barn was to be outfitted with a first-floor master suite, a new code- compliant stair, a guest room, and a home office. Hemlock post-and-beam construction was visible throughout the existing building. The challenge was to incorporate a similar aesthetic in the new open-concept kitchen, living, and dining space. The faux beams in the addition needed to have the same look of the mortise-and-tenon joinery in the traditional timber frames, and though not structural, they did need to be self-supporting. They also had to be preassembled in an interior space that was just slightly larger than the assembly itself. The team had to raise the faux frame—with little room to spare—using jacks and staggering posts to hold the assembly level.

To keep the addition economical, the shell was raised quickly with a conventional cast-in-place foundation, stick-frame wall assemblies, and a roof– truss system. This kept the envelope simple, with mechanical, fire-suppression, and electrical systems within the wall and ceiling assemblies. In the remodeled heavy-timber structure, everything needed to be within a SIP-panel envelope. To accomplish this, baseboards were detailed to house chases, ceiling panels were dropped between routed beams, and sprinkler lines were snaked up the timber beams. 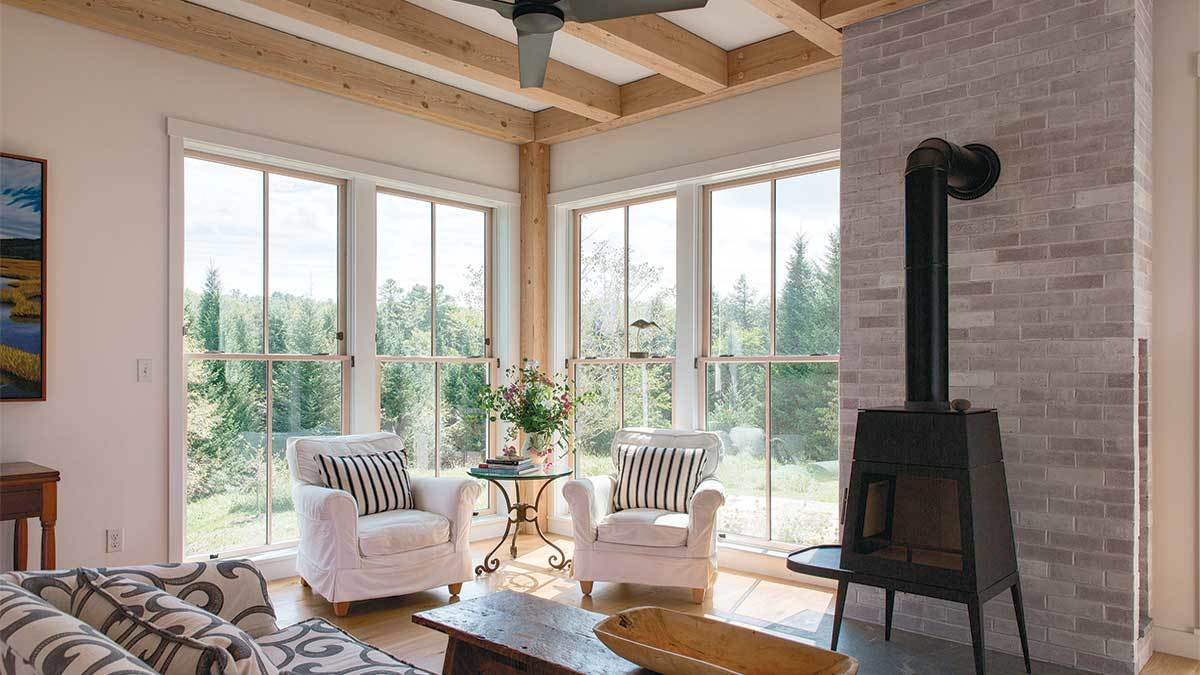 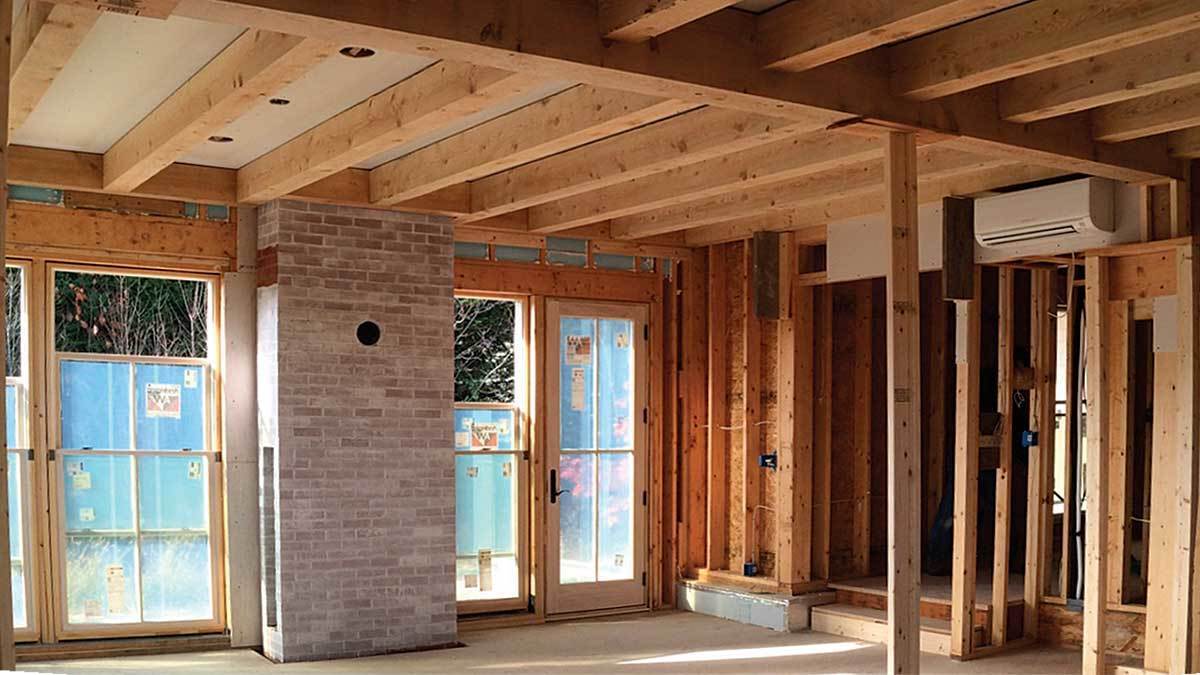