Synopsis: As an engineer for APA-The Engineered Wood Association, Bryan Readling spends a lot of time traveling to places where tornadoes and other violent storms have damaged or destroyed houses. In investigating the wreckage caused by two storms in 2011, he and his colleagues discovered that most of the structural failures were caused by a lack of continuity in the load path from foundation to roof. In this article, he identifies the specific places where he observed the most structural failures. Readling then shares several strategies for designing for high-wind resistance.

You’ve seen photos and videos of massive tornadoes ripping through towns and wiping neighborhoods off the map. Given the destruction, you might guess that any house close to an advancing tornado is doomed. The reality, though, is that weaker twisters—those rated EF-0, EF-1, and EF-2 by the National Weather service—make up 95% of all tornadoes. A carefully constructed house often can survive a hit from one of these smaller, more common storms.

As an engineer for ApA-The Engineered Wood Association, I spend a lot of my time studying wind damage to houses and figuring out ways to boost a house’s resistance to hurricanes, tornadoes, and windstorms. My work includes plenty of travel, because tornadoes and hurricanes affect most of the country and high-wind events happen everywhere. 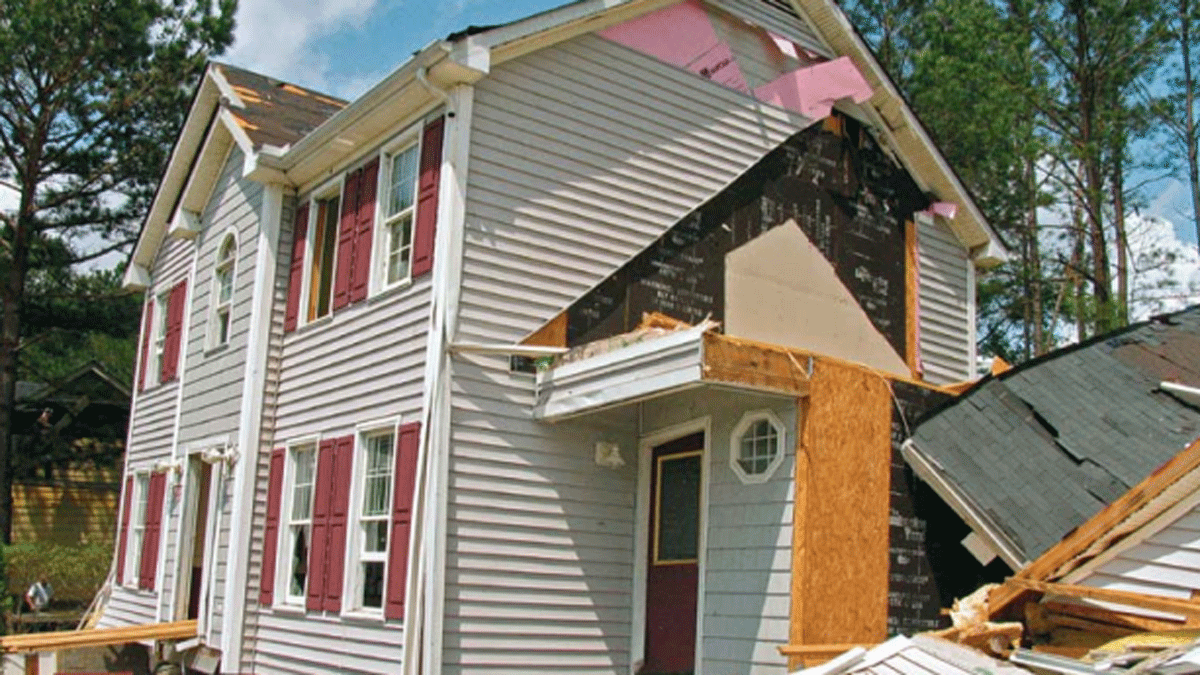 My latest field-research project was in April 2011, when two storms two weeks apart spawned tornadoes in seven southern states. The second storm caused the single largest tornado outbreak in recorded history. In our subsequent investigation of wind-damaged houses 10 years old and newer, my colleagues and I discovered that most of the structural failures were caused by a lack of continuity in the load path that connects a house’s structural elements from the foundation to the roof. 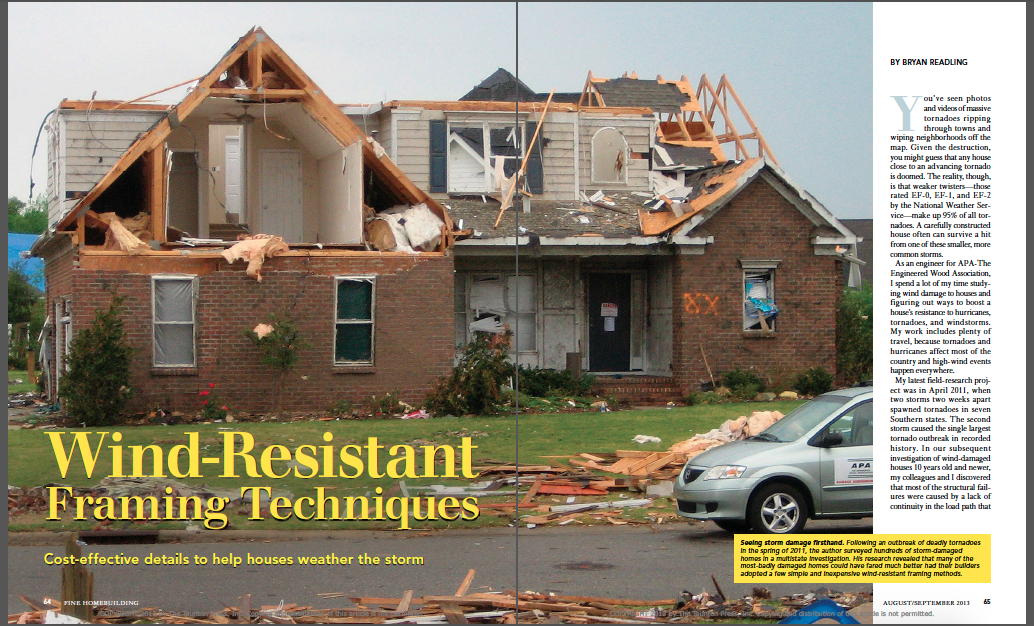