How to Add a Three-Way Switch to a Receptacle

You can wire a three-way switch circuit several ways, but all of them require special cables and switches. Here's the simplest method.

By Clifford A. Popejoy Issue 172

I’ve wired switched plugs and three-way switches many times. But for a current project, I’d like to combine the two so that I can control an outlet with two switches. What’s the simplest way to do this?

Clifford A. Popejoy, a licensed electrical contractor in Sacramento, California, replies: You can wire a three-way switch circuit several ways, but all of them require special cables and switches. The cable contains three current-carrying wires (rather than two) and a grounding wire. This three-wire cable is run between the two switches. The switches, called single pole, double throw (SPDT), are like an either/or switch: Power can be directed to or from the switches on either one wire or the other.

The three-wire cable is like standard nonmetallic sheathed (NM-B) cable, except there’s an extra hot. So in total, the cable has two hot wires, a neutral, and a ground. The two hot wires are called travelers; only one traveler carries current at a time.

The simplest three-way-switch configuration (see drawing) is to bring power to one switch, to run three current-carrying conductors between the first and second switches, and to feed power from the second switch to the load. This setup is just like a three-way switched light, except the black wire from the common terminal of the second switch and the accompanying neutral wire run to the receptacle outlet.

Although what is described and illustrated here is the simplest method of setting up a three-way circuit, you should bone up on the alternatives. If you’re troubleshooting, you could run into many different switch setups. 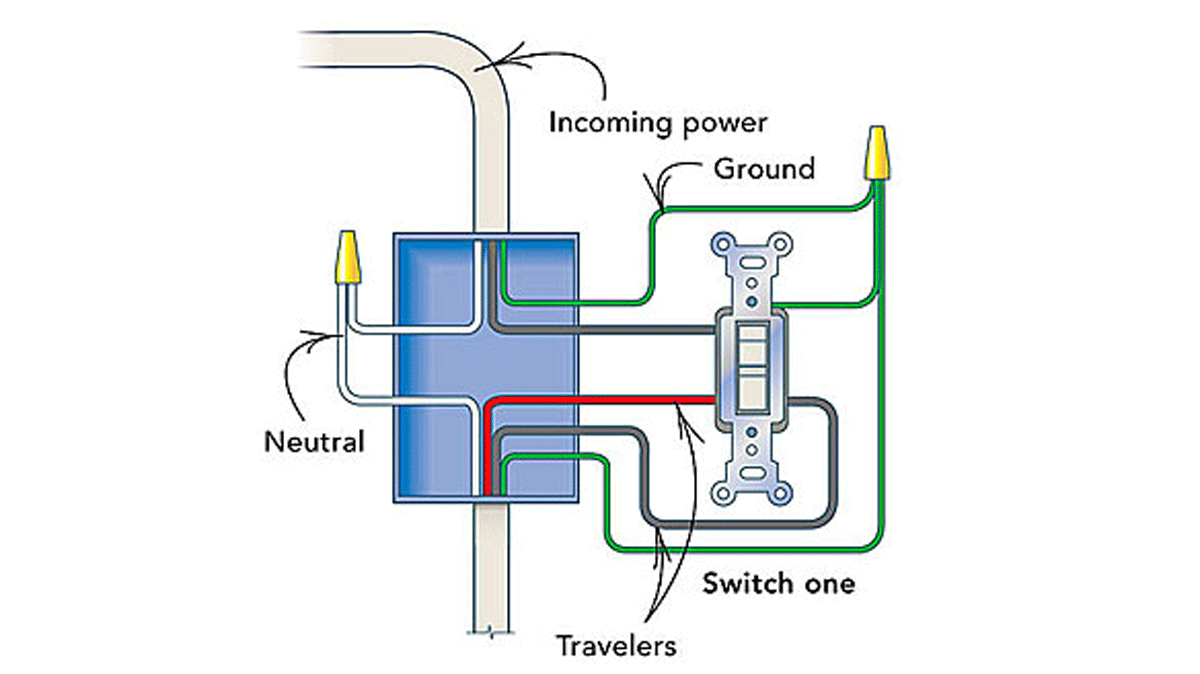 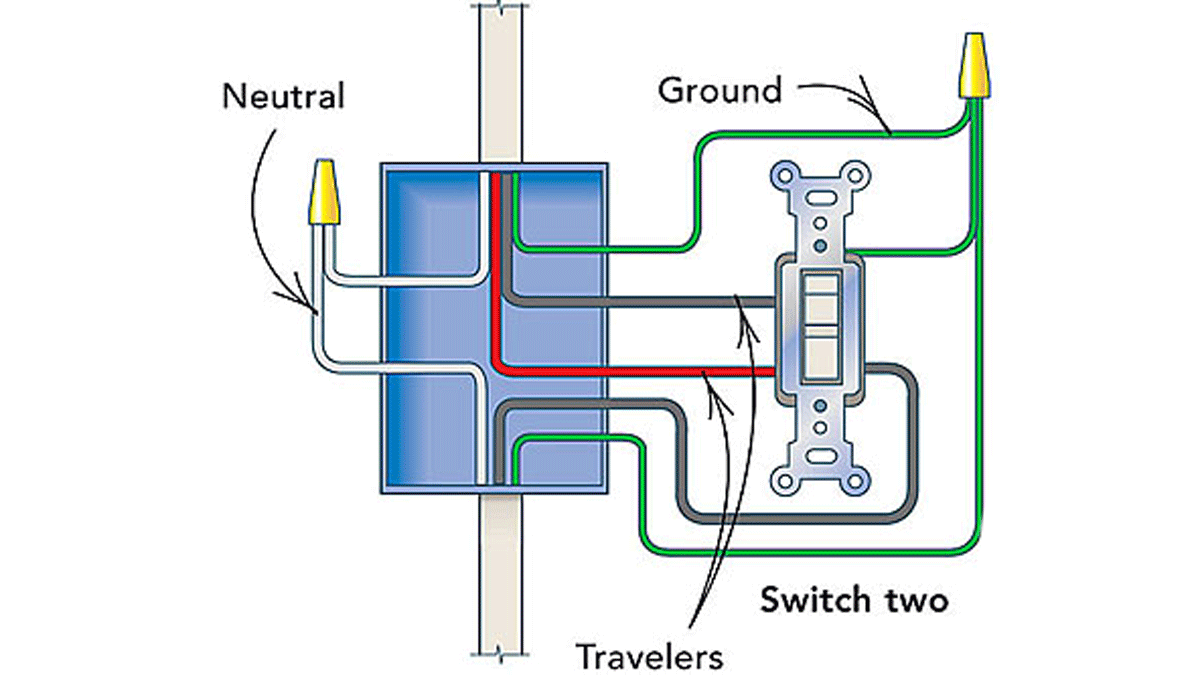 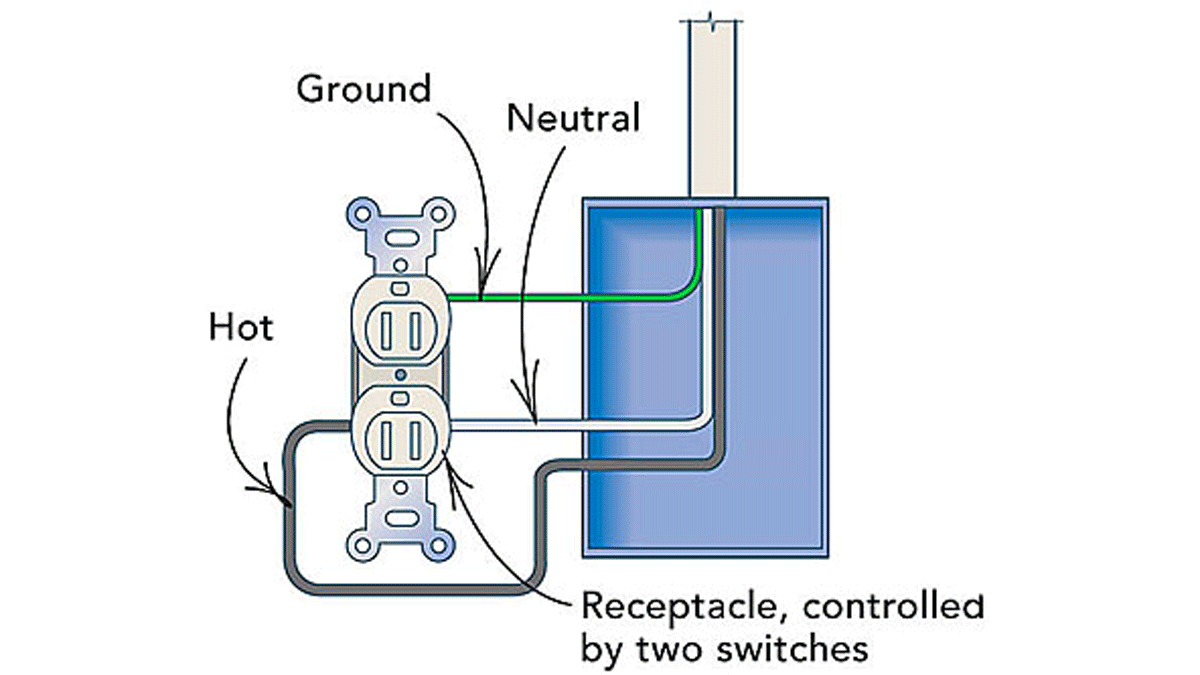 Previous: How to Install a 3-Way Light Switch, Part 2 Next: Installing a Wireless Switch