Installing switches and receptacles in walls that are finished doesn't mean drilling lots of holes.

Installing switches and receptacles in walls that are already finished can be tricky. But here are a few tips that can reduce the number of holes you cut into the walls and ceiling.

When installing a new receptacle or switch, the easiest way to run the cables from point to point is at the base of the wall. Say you’re installing a new receptacle that will be wired from another in the same room. First, draw a line along the top of the baseboard molding and then remove the molding. If paint is holding the molding to the wall, use a utility knife to break the seal. 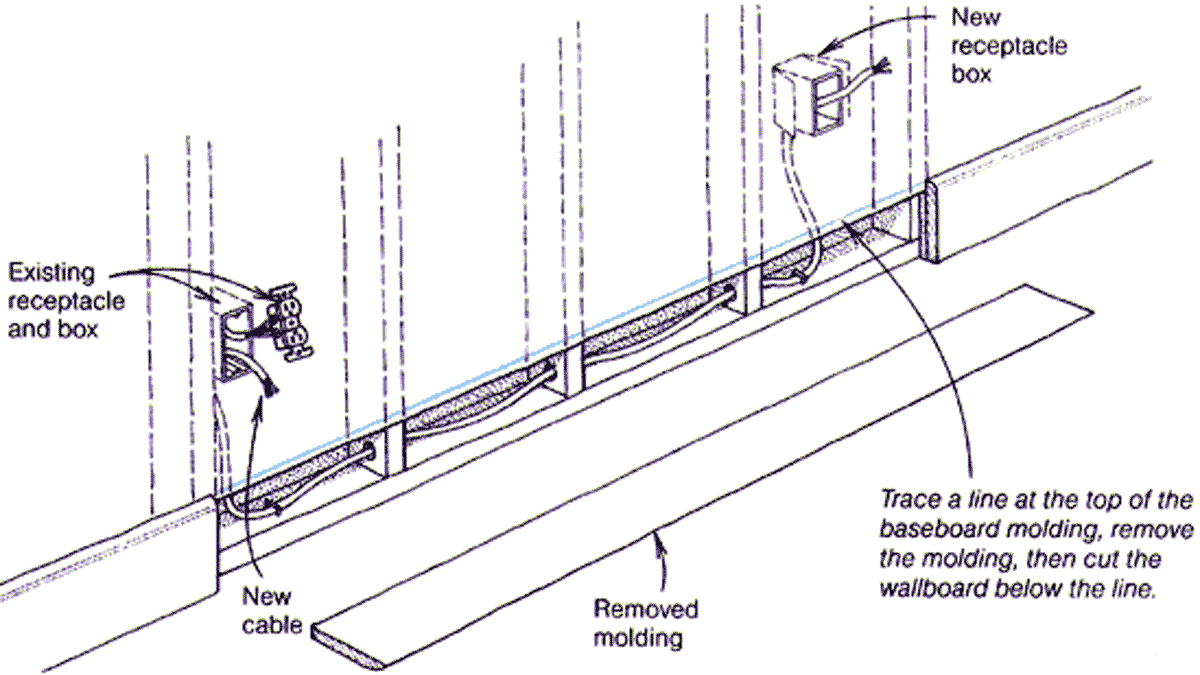 After the molding has been removed, turn off the power and cut away the wallboard, staying beneath the pencil line. Install the new box, drill holes through the studs, and pull cable from the existing receptacle to the new one (leave about 6 in. of slack in each box). Connect the old receptacle to the new one, then replace the cut-away wallboard, and reinstall the molding.

Routing cable around a door 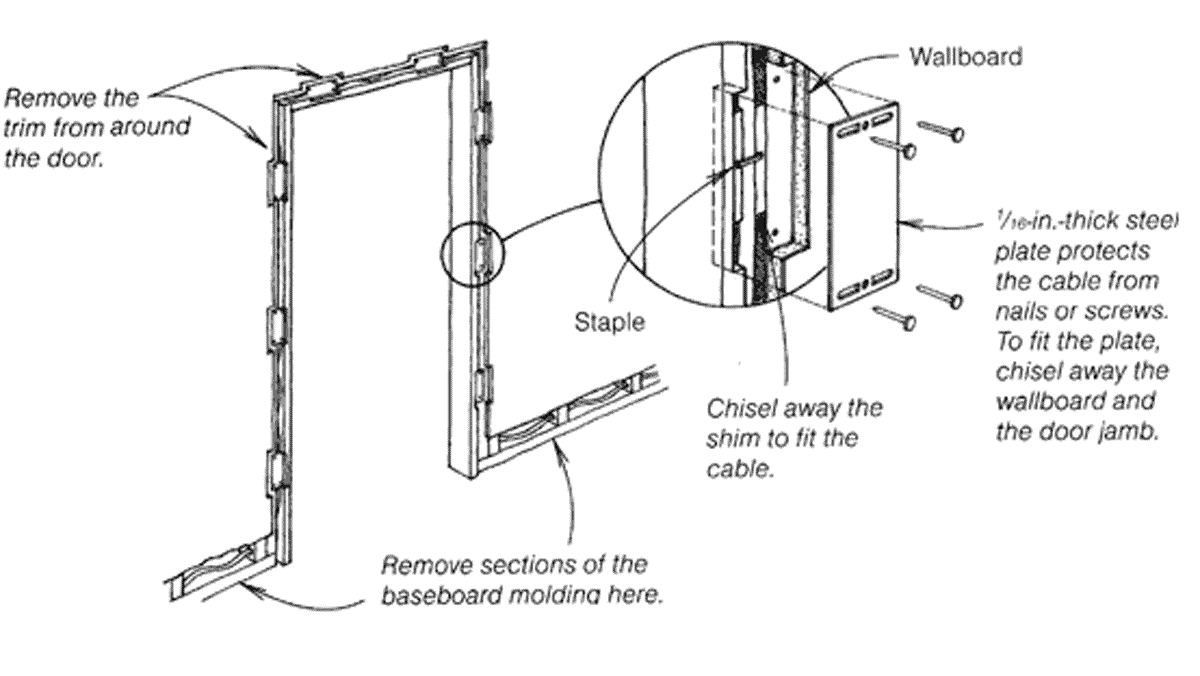 A similar system can be used if you are installing a new light and switch in a room and are powering them off an existing receptacle. First, turn off the power. Then remove the baseboard molding and cut away the wallboard to below the pencil line. Install the new switch box and the ceiling-fixture box. Cut away a section of wallboard at the top of the wall so you can drill through the double top plate (if you have an accessible attic, you won’t need to do this). Also cut away enough of the ceiling to be able to pull the cable up through the plate. Drill holes in the studs and in the plate and run the cable from the existing receptacle to the switch box, then run another from the switch box to the light fixture. Make the connections, and replace any sections of wall, ceiling, or molding you removed. 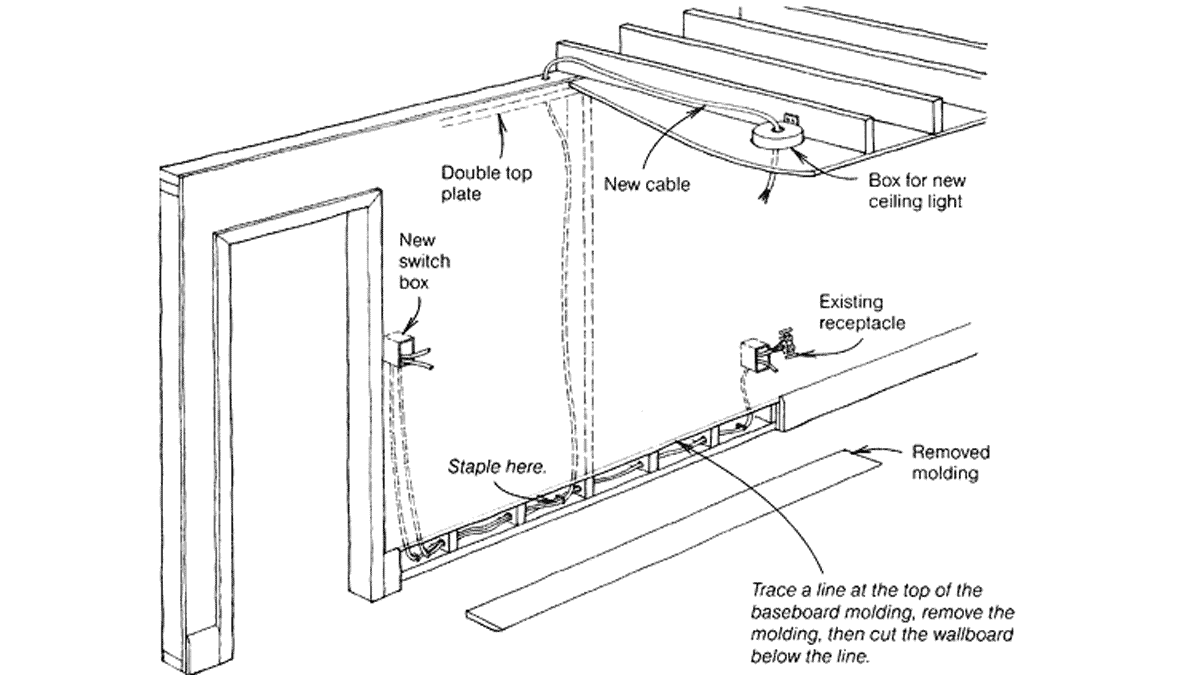