Temporary Power on the Job Site

Whether you’re an electrical contractor, a builder, or a homeowner, there are a variety of ways to provide safe, code-compliant temporary power for your project.

Synopsis: Electrically powered tools abound on the average job site. In order to use them, however, builders and tradespeople need a source of electricity. In this article, electrical contractor Joseph Fratello describes how temporary electrical service can be set up and used on a typical job site. During the early stages of construction, power is often obtained from a temporary panel, and Fratello offers advice on how to run wiring safely, how to protect the circuits, and how to choose which receptacles to use. After a house is closed in, the panel can be moved inside. Fratello recommends placing the panel inside the main entrance and keeping the lights on a separate circuit so that if someone using a power tool trips a breaker, they won’t be left in the dark. Sometimes, however, temporary power is not an option, and so electricity must come from a portable generator. Fratello outlines the disadvantages of this approach, but says that if generators must be used, Honda makes the most dependable models. A sidebar includes suggestions for installing and using temporary lights.

Virtually everything we use on a job site, from compressors and battery chargers to fax machines and computers, requires electricity. Until a project has passed its final electrical inspection, all but the smallest construction sites require temporary power, whether it’s provided by a portable generator or through temporary electrical service.

Over the past few years, the shrinking scale and budgets of many projects have underscored how overlooked the issue of temporary power has become. Recently, I started a fairly large project that was expected to last just over a year. The builder refused to pay for a temporary service, so I learned just how miserable and dangerous it was not to have sufficient power available at the job site.

What exactly is temporary power?

The definition of temporary power depends on whom you ask. The National Electrical Code lists its definition in article 590 of publication NFPA 72: “Installations may be considered temporary as long as you are in the process of construction, remodelling, maintenance, repair, demolition of buildings or similar activities; the temporary power will be permitted for the length of the time needed to complete the project.” Your local building department probably has its own interpretation of “temporary,” and of course, there are OSHA guidelines. While all may be similar, I follow the NEC guidelines.

A common mistake I encounter on job sites is the assumption that temporary power doesn’t have to adhere to electrical codes because it’s temporary. The hazards of electricity don’t change just because it is temporary, however. I was recently on a job where another electrical contractor did a horrendous job installing the temporary power, and as a result, a fire started. After investigating the cause, I discovered the contractor had installed the wrong size breaker and failed to secure and terminate the wires properly. When installing temporary power, you must still adhere to NEC rules for wire sizing, grounding, and wiring methods. 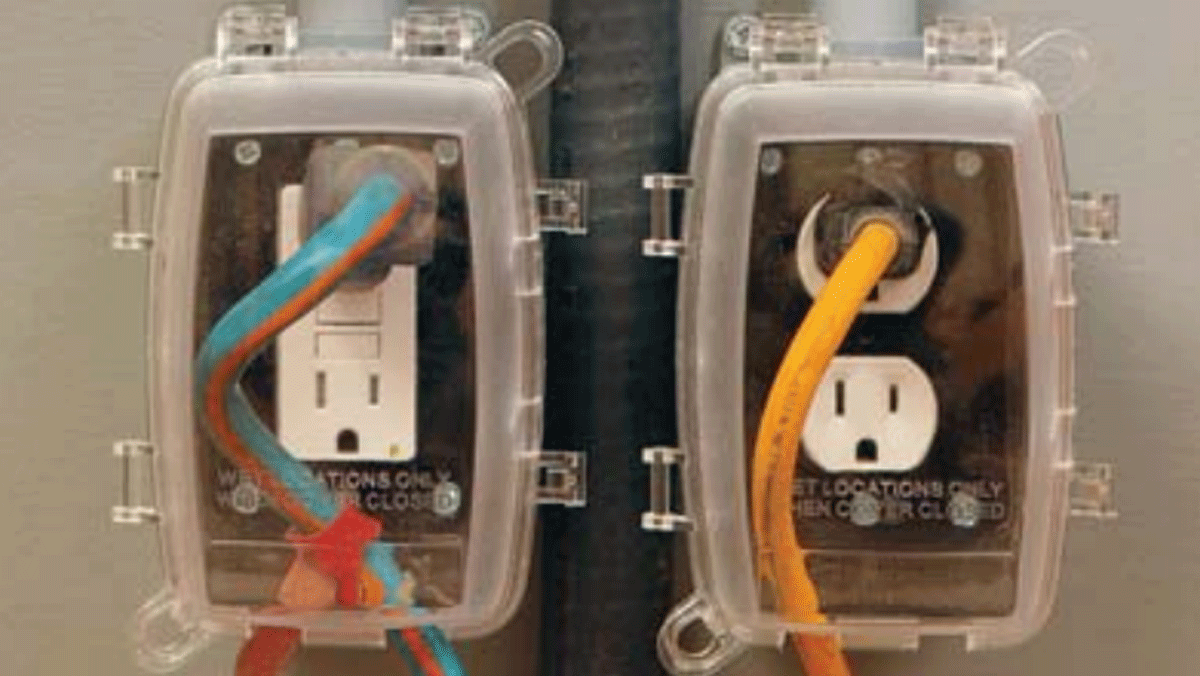 Is a generator a good idea?

When starting a project, you need to identify the source of your power. Typically, your choices are either a generator or the utility company. (Alternative-energy sources are gaining market share, but they are not widely used yet.) Many contractors on small to medium size jobs use portable generators to provide temporary power, which is a convenient way to get started at a job site. Most generators come with multiple receptacles that can handle a few tools. (I own a few generators for a variety of tasks. If you don’t already own a generator, I highly recommend buying a Honda. Yes, they are more expensive than most, but they are well worth it. After 20 years in the construction business, I have never seen one break down, and I have never brought one in for service.) 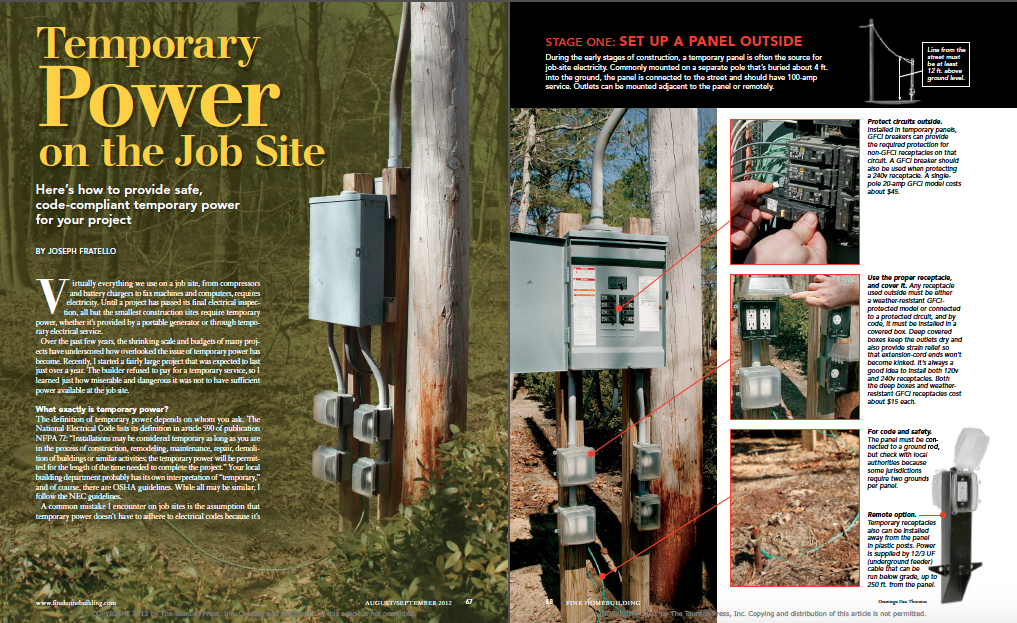