Advanced framing, or OVE (optimum value engineering) is a slightly different way to build than standard 16-in.-o.c. stick framing, using similar components. There is more to it than just eliminating a corner stud and sill jacks. To really minimize wasted material but keep the whole house just as strong as it would be with other framing methods, you need to stack all the framing members, aligning them vertically so gravity loads are carried efficiently to the foundation.

I’m not sure exactly when framing went to a standard 16 in. o.c., but based on the various houses I’ve torn apart, and a little bit of reading, I’d say that it happened gradually over the course of 50 years or so, and finally became ubiquitous after World War 2. The 16-in.-o.c. spacing worked well with the plywood and drywall that were also becoming standard at that time, and fit well into standard 48-in. modules. On houses built before that, framing layout was usually more than 16 in. o.c., and it varied a lot, which didn’t matter, because nobody was using batt insulation, plywood, or drywall; sheathing was rough boards, and interior plaster was applied over split or sawn lath, at least in the Northeast where I’ve mostly worked.

While studying engineering in college, I learned how depth-to-width ratios of framing members affect their strength. Rafters set 24 in. apart have 50% more load on them than rafters 16 in. apart, but in most cases this is easily handled by using a slightly deeper rafter. (For the geometry defining the strength of beams and other rectangular framing members, the Moment of Inertia, width is multiplied by the depth cubed. A 2×12 is almost twice as stiff as a 2×10. Stiffness is separate from strength.) All it takes is a little extra material per rafter to change from 16 in. o.c. to 24 in. o.c. while keeping the overall rigidity exactly the same, requiring nearly 50% fewer rafters. 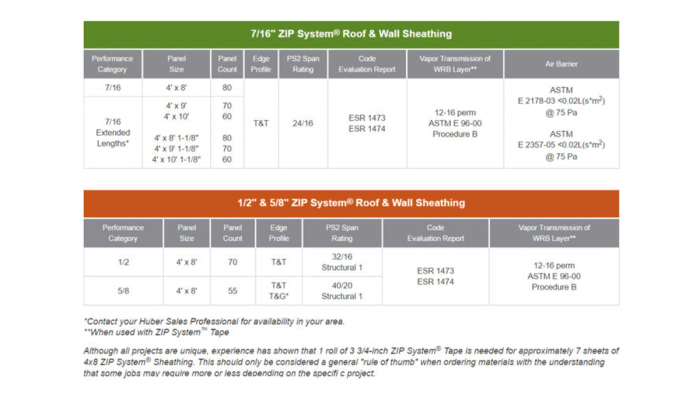 Structurally, in most cases, exterior wall framing can easily be 24 in. o.c. as well. (The exception, according to the 2015 IRC, is 2×6 walls supporting two full floors plus a roof assembly above, or 2×4 walls supporting one floor plus a roof assembly above.) Zip sheathing can typically be installed either vertically or horizontally. Because the FHB House is in a high-wind zone, our engineer wanted all seams blocked, but didn’t care which way the sheets were oriented.

Common arguments against 24-in.-o.c. wall framing are a lack of nailing and more difficulty in achieving a perfectly flat wall surface on the interior. The nailing argument seems odd to me—just put blocking where you need it for kitchen and bathroom cabinets and fixtures and other places that most framers block, even with 16-in.-o.c. framing, and use picture hangers or drywall anchors made for the purpose, when needed.

The flatness issue is valid; it is harder to get and keep a wall as flat at 24 in. o.c. as it is at 16 in. o.c. One solution is to use 5/8-in. drywall, usually still a net savings if you include labor and material savings of less wall framing, with the added benefits of better sound and fire control. Making sure studs on long or tall walls are relatively straight and crowned in the same direction is important, as it always is. Or you can use engineered studs, which are nice and straight. Siding isn’t usually an issue with 24-in.-o.c. framing.

I’ll admit that it took me a while to make the jump to 24-in.-o.c. floor framing, as floor stiffness has a big impact on how solid a house feels, even if structurally there is no issue. The strength and stiffness arguments are the same as for rafters, rarely an issue except on very long spans or when depth is limited. I probably would not go 24 in. o.c. with plywood subfloors, but as a huge fan of AdvanTech subfloors, I no longer worry about it. AdvanTech is 28% stiffer than plywood, which equates directly to less deflection across a given span. (Every part of the framing deflects to some degree; a big part of engineering and building codes is to limit the deflection to acceptable levels without wasting material.) Using I-joists, our subfloor spans are actually even less than 24 in. due to the width of the top flanges.

The bending strength of AdvanTech—meaning if it was stressed all the way to its breaking point—is 60% more than plywood. That’s not really applicable in everyday use; it’s just another way it beats plywood. I’ve heard multiple accounts of contractors testing AdvanTech by leaving it outdoors or in buckets of water for years, with virtually no swelling or delaminating. It’s an amazing material.

By having all the framing at 24 in. o.c. and stacking framing members so we can use single top plates, we reduced the overall material use significantly, maximized energy efficiency, and still had a structure that exceeds engineering requirements. I’m sure there will be some comments from the “more wood is always better” crowd, but I don’t like waste, and I try not to do anything purely out of habit. Spacing of 16 in. o.c. is a habit left over from the early days of plywood and before engineered floor framing was invented. Spacing of 24 in. o.c. is optimized for modern methods and materials.