Framing Stairs with a Landing

An L-shaped staircase is less complicated than you might think, and the framing techniques shown here will improve even the most basic set of stairs.

Synopsis: A staircase with a landing isn’t as challenging to build as you might think. It requires the same basic processes and calculations as a regular set of stairs, according to FHB contributing editor Rick Arnold. As with a regular set of stairs, you first need to determine an accurate rise by measuring where the stairs begin and end. Then you can determine the riser height. Next, using the measurements you’ve calculated so far, you can build the stringer. Before cutting the stringers for an L-shaped staircase, you need to figure out the location of the landing. After the stringer is cut, it becomes a template for two additional stringers. Finally, the stringers are set in place, and you can finish building the stairs.

When builders struggle with a stair layout, it’s almost always because they get hung up on the rise portion of the calculation, especially with the adjustments for flooring and stair treads that haven’t been installed yet. Add a landing to the equation, and eyes will glaze over altogether. In truth, accurately laying out a set of stairs, even with a landing, isn’t as complicated as it seems. Once you think about the landing as just another stair tread, the rest of the math falls into place. An L shaped stair is three separate pieces, but only after the calculations are done and the stringers are marked is the stair separated into three sections. By then, the hard work is done.

Everything depends on an accurate rise

1. Begin with a level line.

To get an accurate measurement of the total rise, strike a level reference line from one end of the staircase to the other. The height of the line doesn’t matter, but it must be dead level. I prefer to use a tripod-mounted laser, make pencil marks, and then connect them by snapping chalklines, which will later be used as a reference for building the landing. 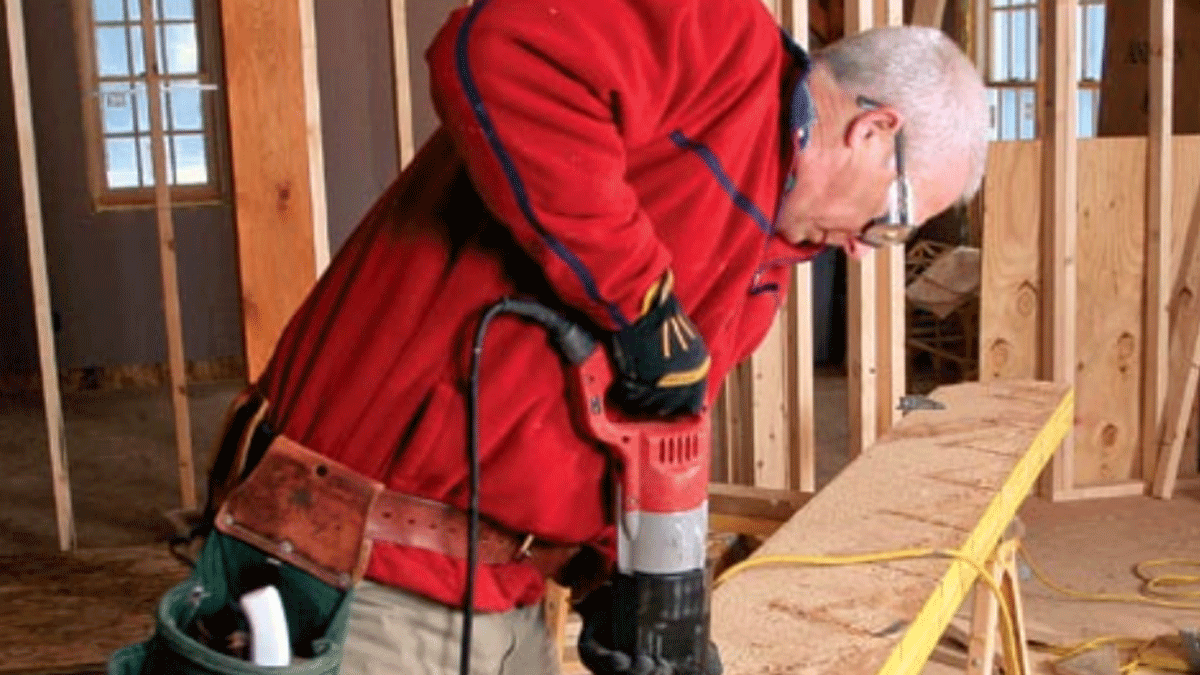 2. Measure the rise in the right places.

Stretching a tape measure between the lower and upper levels to find the total rise won’t take into account any slight changes in height caused by out-of-level floors. Instead, take measurements where the stairs begin and end. First, measure down from the upper floor to the reference line, and then measure from the subfloor at the foot of the stairs up to the reference line. Add these two measurements together to get the total rise.

The tread depth depends on homeowner preference and local codes, but it typically can’t be less than 10 in., which is the number I use because it’s easy to work with and provides a comfortable finished step. The only time I shorten this depth is when I have a limited amount of floor space in which to fit the stairway.

The maximum height allowed by code is 7-3⁄4 in., but I typically begin with 7-1⁄2 in. simply because it’s more easily divisible. To calculate the number of risers for a given stairway, divide the adjusted total rise by 7.5. The resulting number likely will have a digit or two to the right of the decimal point. 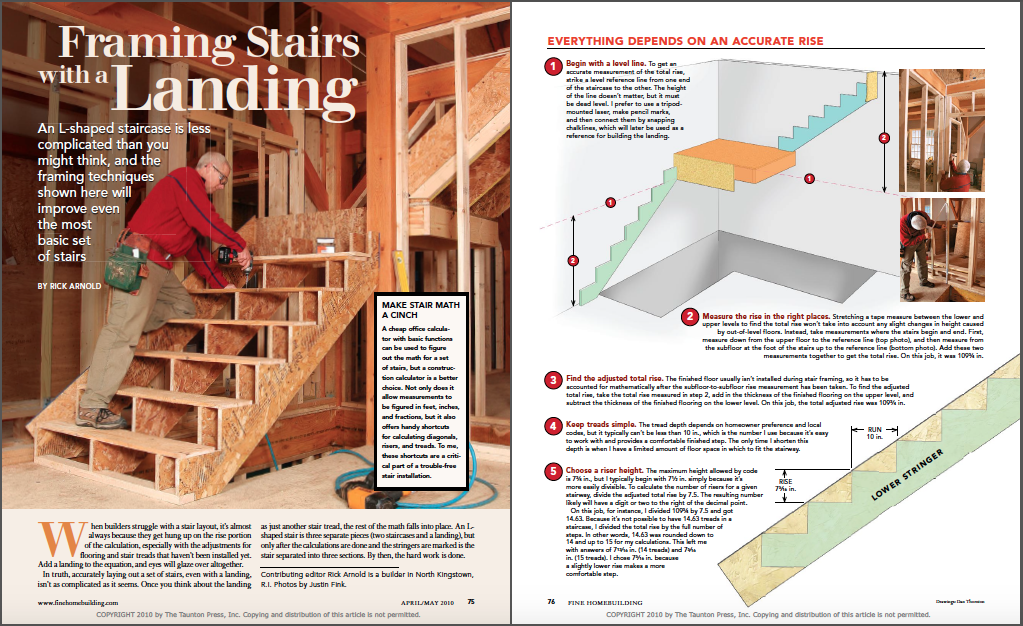 For more photos and the four steps to perfect stringers, click the View PDF button below.