How it Works: Shear Walls

Not every house needs to have shear walls integrated into the framing, but many do.

Synopsis: In seismic zones, as in high-wind zones, shear walls are an important structural asset for a house. In this “How It Works” article, senior editor Rob Yagid explains how overwhelming natural forces can destroy a regular wall and then how a shear wall can withstand those forces. The forces working against the structure are lateral, uplift, compression, and sliding resistance.

Not every house needs to have shear walls integrated into the framing, but many do. In earthquake country, for example, shear walls help to strengthen houses so that they’re far less likely to move under the severe lateral forces of a seismic event. Shear walls not only help to prevent catastrophic collapse, but they also help to prevent smaller-scale damage like cracked drywall and fractured tile. Shear walls play the same role in houses in high-wind zones. No matter the source of the force exerted on a house atmospheric or tectonic shear walls are simply designed to protect the home and its occupants. This issue, structural engineer Thor Matteson, author of Wood-Framed Shear Wall Construction: An Illustrated Guide, explains how to complete a basic seismic retrofit to protect a house during an earthquake. A key component of seismic-retrofit work is the integration of site built shear walls into the framing.

To be able to construct a shear wall so that it performs properly and offers maximum strength, you need to know how it works. 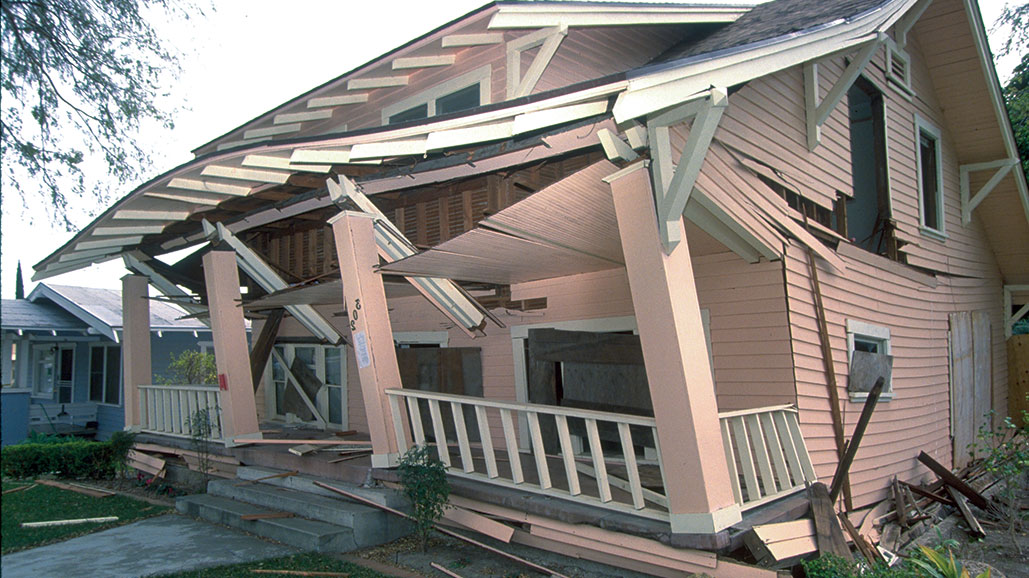 Shear walls are designed to resist several forces simultaneously, and those forces can shift in opposing directions at any given moment. Here’s an example of what can happen when a conventional wall experiences the stress of an earthquake or hurricane.

One way to build a shear wall

Extra foundation hardware, 4×4 posts, structural plywood, and a lot of nails help walls to resist the forces of earthquakes and high winds. These components shouldn’t be added to a wall without the advice of an engineer, however. An engineer will optimize a shear wall’s design to meet the specific demands of a house, which will dictate details like nail size and nailing schedule, hardware placement, and blocking size and orientation.

UPLIFT: Lateral forces try to roll the wall off the foundation, creating uplift on one end of the wall assembly.

COMPRESSION: As one end of the wall is experiencing uplift, the opposite end is under compression. These loads alternate as the building shakes back and forth.

SLIDING RESISTANCE: The few anchor bolts that are present try to counteract the lateral force, which tries to slide the wall off the foundation, but the bolts are ineffective. 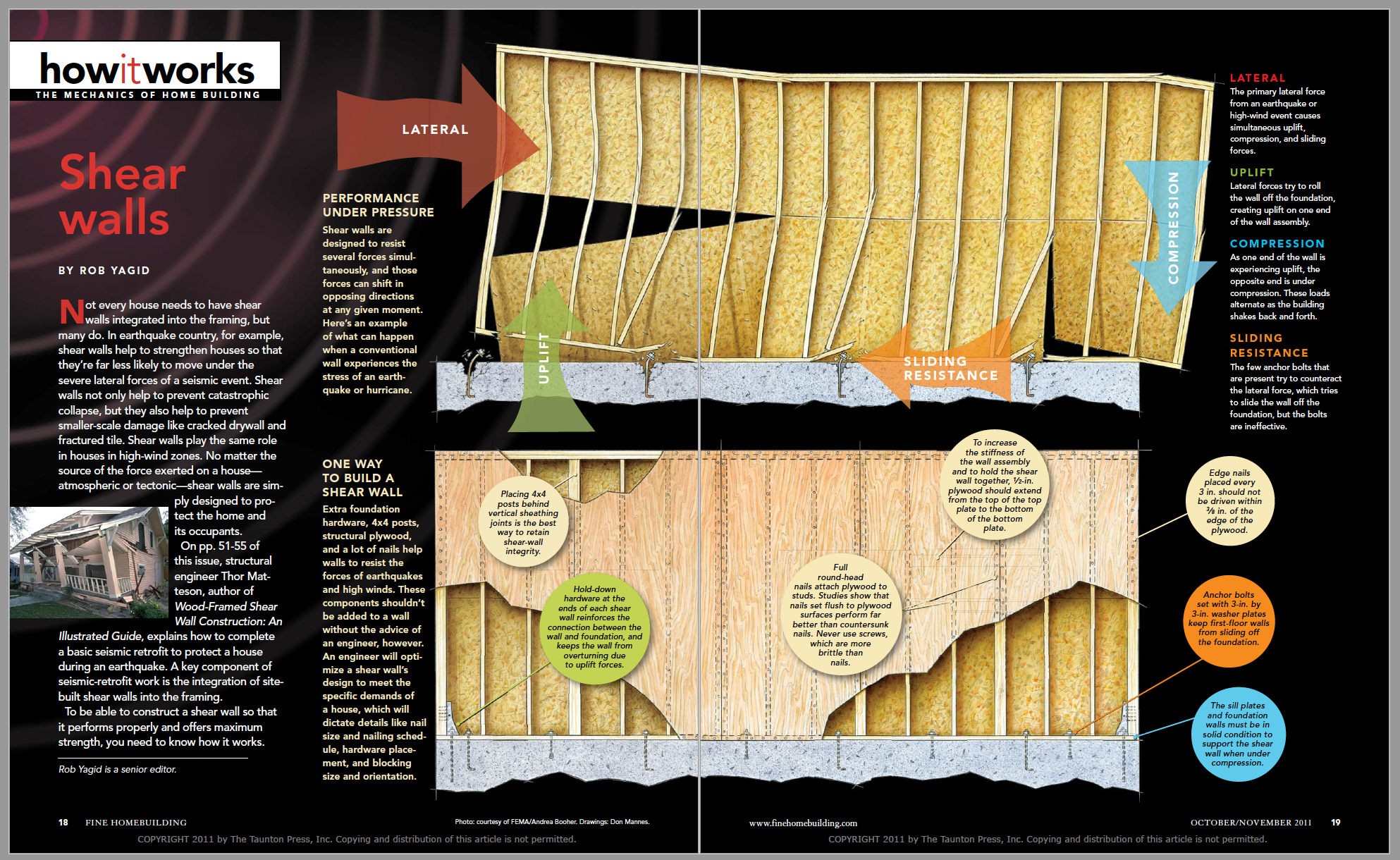 For more photos and details on how shear walls work, click the View PDF button below.

View PDF
Previous: How it Works: Wall Framing Next: Bringing Back Balloon-Framed Walls