A New Roof Over the Old One

This homeowner found that replacing a worn out roof provided a good opportunity to insulate above the sheathing before installing new roofing.

Synopsis: Vermont homeowner Pete Bennett needed to fix his poorly insulated roof, which was susceptible to ice dams, but he didn’t want to ruin the look of the interior’s cathedral ceiling. Because Pete needed to replace the cedar shakes on the exterior, he opted to strip the roof to the sheathing, then build a new roof over the old one. The area between the roofs was filled with closed-cell foam to provide an insulating value of R-45, and snow now slides off the new steel roof instead of building up and leading to ice dams.

My rustic 1930s post-and-beam home in Vermont had a definite roof problem: It was poorly insulated and susceptible to ice dams. But when I started working on a design for upgrading the insulation, I wasn’t willing to lose the look of the cathedral ceiling and the exposed-pole rafters by insulating on the inside. Because I needed to replace the 30-year-old cedar shakes anyway, it appeared an opportune time to fix the problem from the outside.

I had already installed one interior post to strengthen the roof structure and to help support snow loads, but the sagging ridge beam and the wavy roof surface still precluded the use of either SIPs (structural insulated panels) or rigid-foam board. A double-layer “cold roof” appeared too costly and prone to possible failure if snow clogged the upper vents. So in the end, I decided to build a second sealed, well-insulated roof directly over the first.

After the old shingles were stripped and the deck sealed with weatherproof polypropylene underlayment, a new straight, level ridgeboard was set above the old one. Rafters then were built in place, and closed-cell polyurethane foam was sprayed to fill this frame. The new roof frame then was capped with sheathing and a second layer of weatherproofing before the standing-seam metal roof was installed.

The closed-cell foam increased the estimated R-value from 11 to 45. The higher R-value and the fact that snow now slides off the steel roof have worked together to solve the ice-dam problems. Although not inexpensive (about $18 per sq. ft.), this high-performance roof lends solace to the worry of rising fuel costs. Not least of all, the increased comfort from a warmer ceiling makes it all worthwhile. 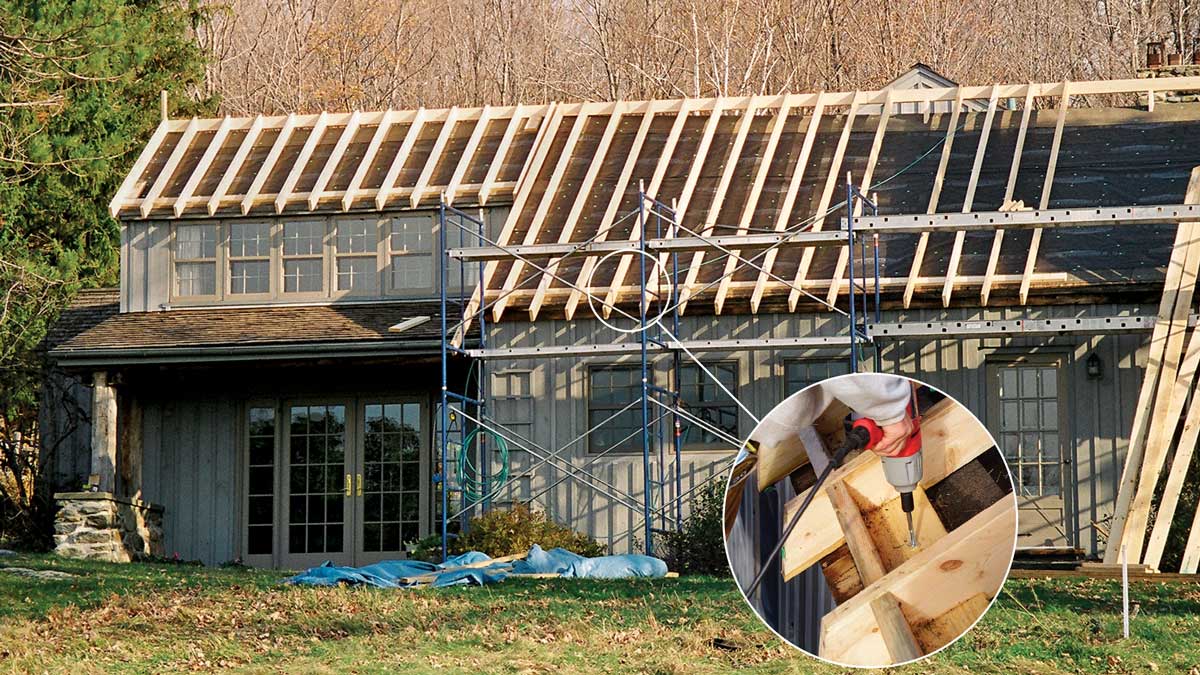 After the roof is stripped, the old surface is sealed with a polypropylene underlayment (rooftopguard.com) and detailed with peel-and-stick bituminous membrane (graceathome.com) along the rakes and eaves to keep the roof weathertight during construction. A new, level 2×6 ridgeboard and rafters then are assembled over the old roof and are attached to the existing structure with nails and lag screws driven into the underlying wall top plates. 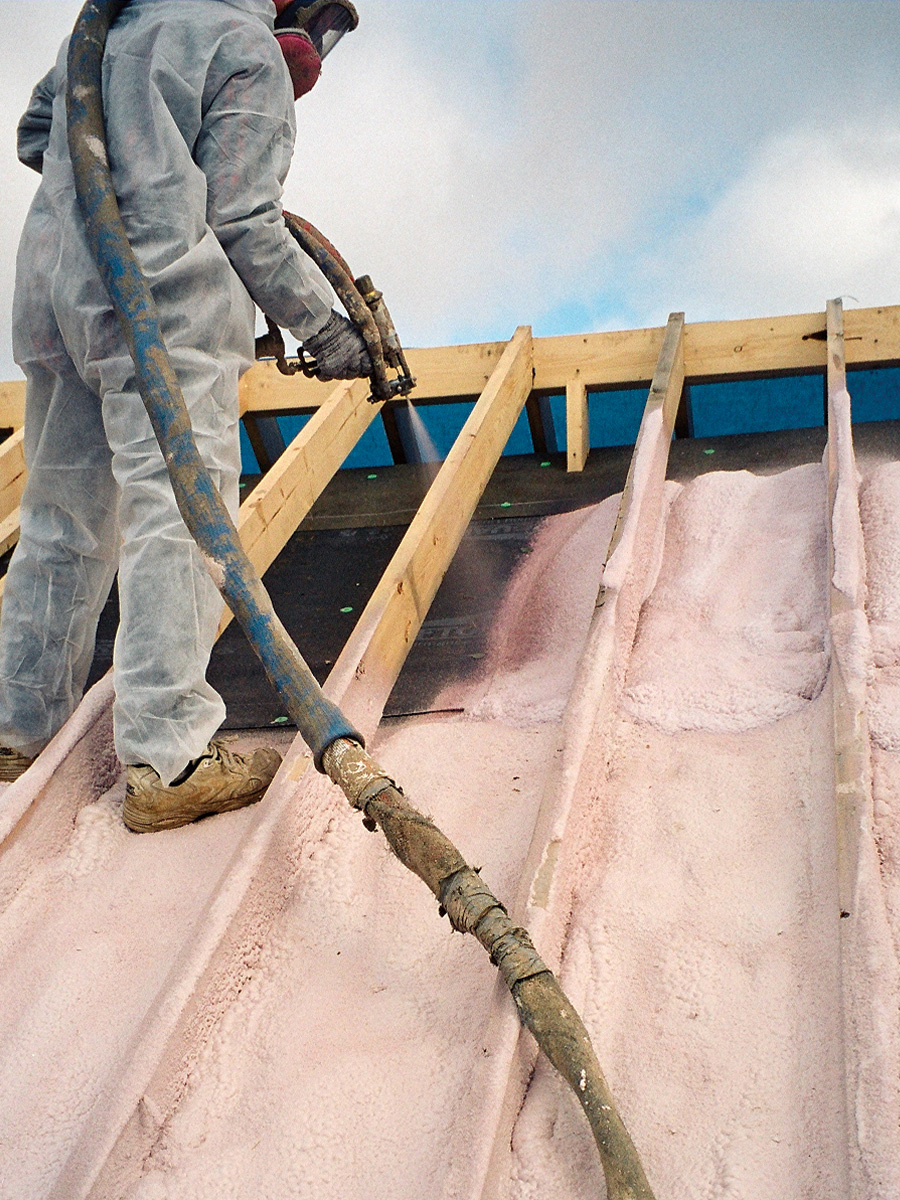 Closed-cell polyurethane-foam insulation is sprayed around the new roof frame, sealing edges and providing support for the rafters and the ridgeboard. Plywood sheathing is installed over the rafters and is covered with roof underlayment (bergerbp.com). 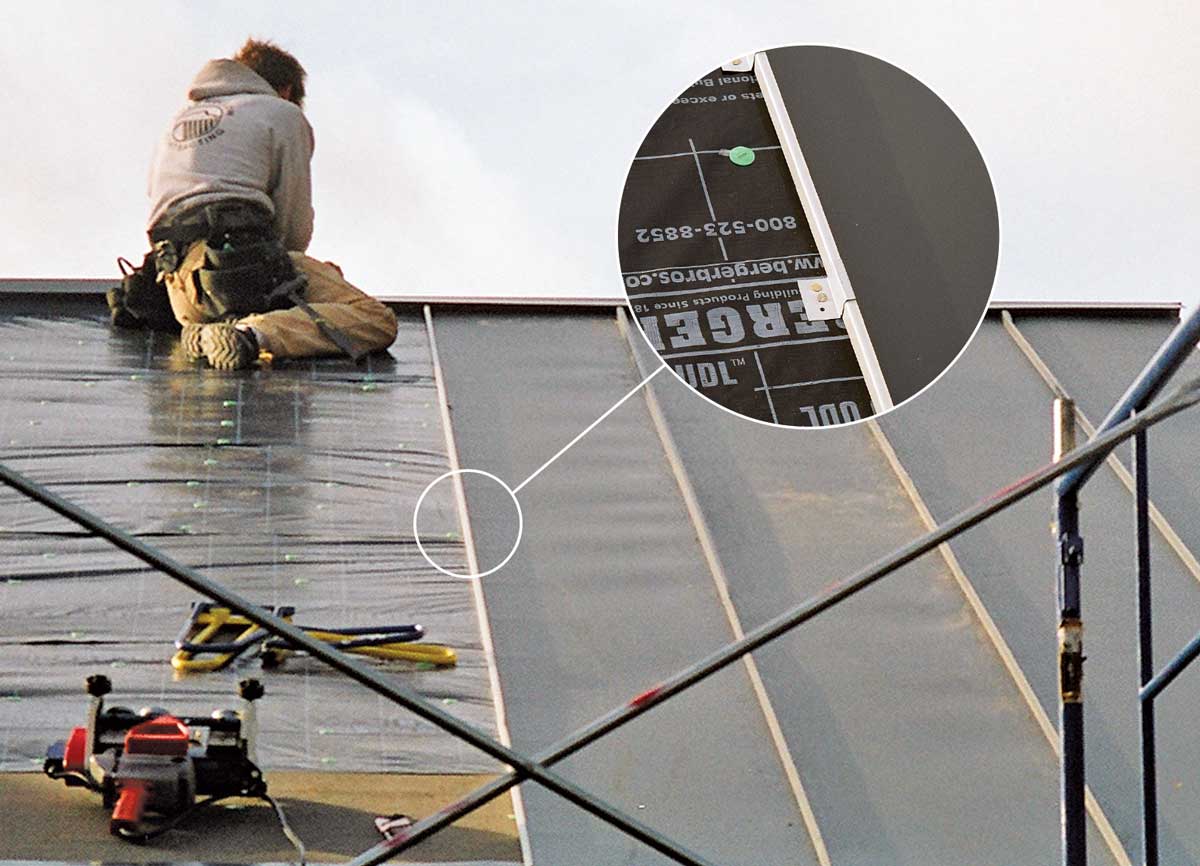 With the new framework insulated, sheathed, and weatherproofed, roofing can be installed without special detailing. A standing-seam metal roof (englertinc.com) was chosen for its long life and aesthetics, and also because its slick surface reduces the chance of snow accumulation, which can lead to ice dams and leakage. 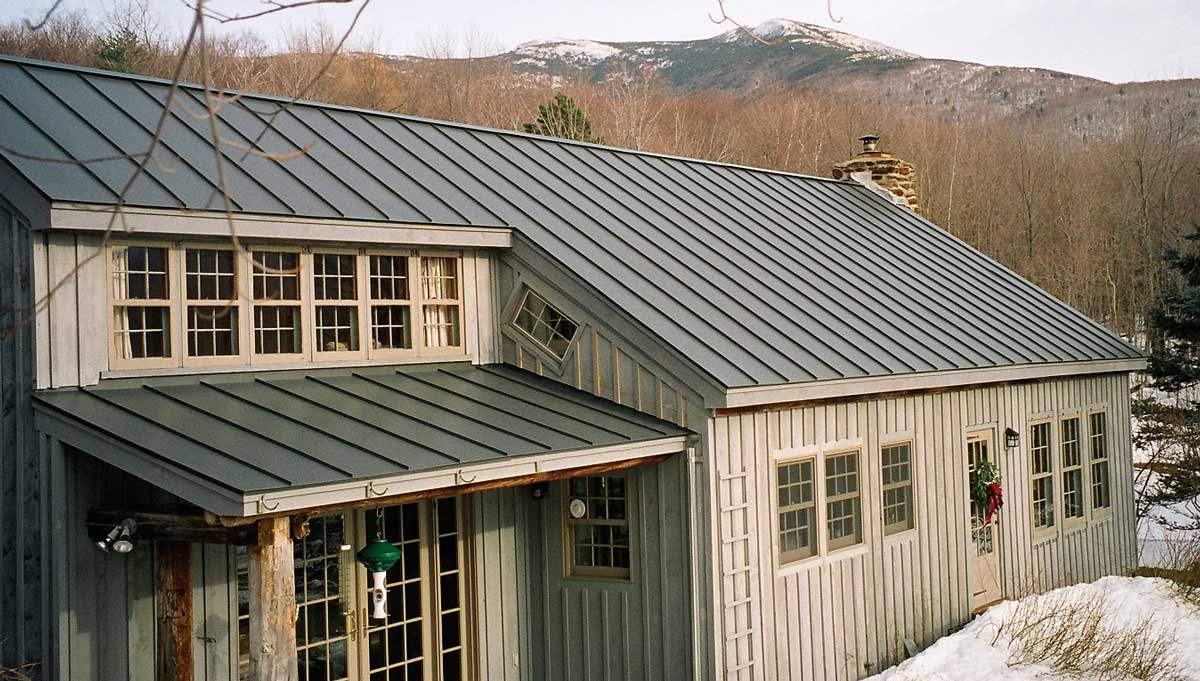 Pete Bennett is a retired engineer who enjoys improving his home in Underhill Center, Vt. Construction by Reap Construction of Richmond, Vt. Photos by the author.