Can I convert a 220v stove circuit into two 110v circuits?

By Clifford A. Popejoy Issue 184

I would like to convert an old stove circuit into a branch circuit. The main panel has twin 50-amp circuit breakers for this circuit. I intend to make two circuits: one 30-amp appliance circuit and one 20-amp lighting circuit. Should I convert the twin 50-amp breakers to single breakers?

Sam Ogilvie, via email, None

Clifford A. Popejoy, a licensed electrical contractor in Sacramento, California, replies: Yes, you could replace the two-pole 50-amp breaker with two single-pole breakers and supply two circuits as you intend, but only if you have a four-wire cable running to the stove. You need two supply wires (hot), a return wire (neutral), and a ground wire. In the past, most stoves were supplied via cable with three wires; the neutral did double duty as the ground. The National Electrical Code (NEC) disallowed this usage many years ago because it is considered unsafe. Also, if the supply cable has an uninsulated neutral like some that were used in the past, then it can’t be used to supply the two new circuits. The NEC says that any current-carrying conductor (the neutral fits that description) must be insulated.

A note on terminology: A two-pole breaker supplies 240v. That’s probably what’s supplying the stove circuit now. A “twin breaker” is different; that term generally is used to describe a breaker that supplies two independent 120v circuits in the 1-in. space used by one standard breaker.

You said that you want to convert a two-pole breaker, and if by that you mean modify it into two independent breakers, that’s not an option. Some two-pole breakers have removable handle ties so that both breakers are shut off together for safety when you’re working on the circuit. Do not remove the handle tie and use the 50-amp breakers to supply a 20-amp circuit and a 30-amp circuit. It’s not safe. Even if you used the right-size wire for 50 amps, it’s a code violation (and dangerous) to supply a 20-amp lighting or receptacle circuit with a 50-amp breaker. The breaker supplying the circuit must match the receptacle rating. (One notable exception: A 20- amp breaker can supply 15-amp receptacles.) As for the 30-amp appliance circuit, the overcurrent protection must match that called for by the appliance nameplate or be consistent with the motor size as stipulated by the NEC. So replace the 50-amp breakers; don’t convert them.

An option here is to install a subpanel at the far end of the stove cable, leaving the two-pole 50-amp breaker in place to feed the subpanel. But again, the subpanel has to be supplied by a four-wire cable (and have the neutral and ground conductors kept electrically separate at the subpanel).

One more note: Often, the wire supplying a 220v receptacle is aluminum, which can’t be spliced to copper with standard wire nuts because of the oxide layer that forms on the aluminum wire. All these requirements are important for the safety of you and your family. 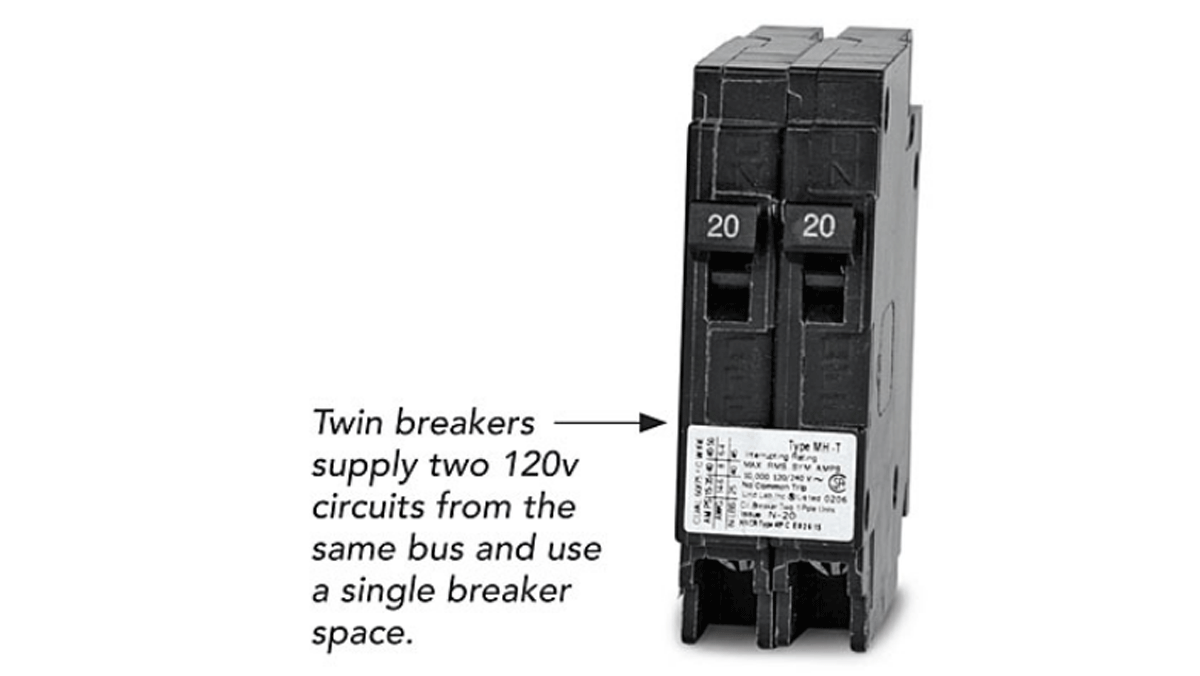