Setting the Stage for Wall Framing

Stack the deck to ensure efficiency by cutting and preassembling the parts you need.

Synopsis: Veteran builder Jim Anderson shares his secrets to streamline wall framing for maximum efficiency. Learn how to turn your deck into a virtual assembly line, and create workstations, not clutter. Rule out plan errors by checking the floor plan against the structural plan and the window schedule before creating a cut list, then follow the authors guidelines to organize your materials for speedy access. Finally, replace your tape measure and square with a miter saw to double your speed and make wall framing a snap.

The cutlist for a house that I frame today could have 50 different header sizes (not to mention multiples of the same size) with 200 cripples in 15 different lengths. To do good work on increasingly complex projects in a reasonable amount of time, I’ve had to get organized. Regardless of size, though, every project has its own web of problems, and being better organized can only make my work flow more smoothly.

I’ve also found that the job site is neater as I become better organized. I once landed a framing job because the customer liked the clean job site. Being smart about keeping debris and stacks of lumber off the floor yields fewer accidents and reduces a lot of the bending that makes my joints ache.

Double-check the floor plan to avoid making any mistakes

In a world where all floor plans were perfect, I could, without checking the floor plan to verify its accuracy, simply transfer all of its measurements to the cutlist. Just because the drawings look right, however, doesn’t mean that they are.

I double-check my floor plan against two other documents, the structural plan and the window schedule. The structural plan spells out the type and depth of headers as well as the size of the posts that support them (for example, two 2x4s). Checking the floor plan against the window schedule and the structural plan roots out any hidden problems. Once all the details about framing members have been checked and transferred to the floor plan, I use the new marked-up version to create a cutlist. The list includes dimensions for every piece of wall framing that needs to be cut except the trimmers, or jack studs. I scribe and cut those last to account for any discrepancies in header widths. 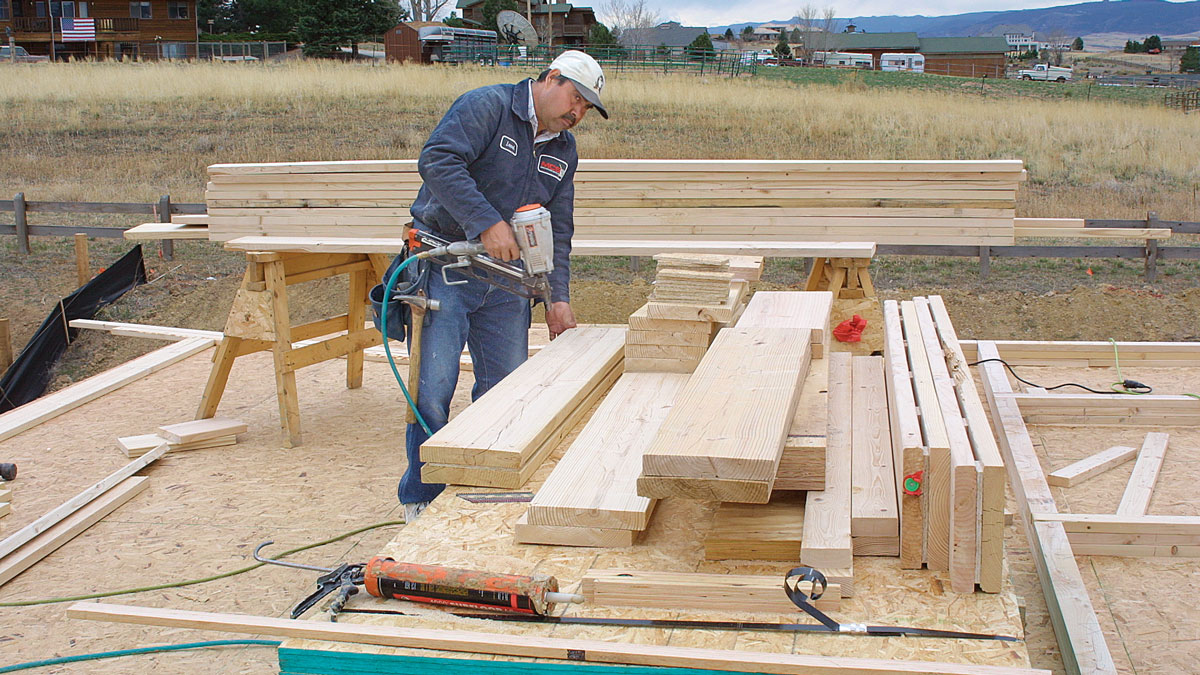 Organize the cutlist with the largest framing members first

I begin the cutlist with headers and arrange them in descending order from widest to narrowest. I cut the list in the same order for two reasons: It gets the biggest pieces out of the way first, and in case someone on the crew is ready to move on to framing the outside walls before the cutlist is finished, the big headers will be cut and ready to go in the outside walls, where many of them are needed.

Starting at one corner of the plan, I circle around until I’ve accounted for all the headers. I double-check by counting the number of headers on my list, then count the openings that require headers. If the numbers match, I’m done, and I go on to check the sills using the same method.

After listing the headers and sills, I list the lengths for special studs (other than precut wall studs), interior headers, all cripples, and medicine-cabinet rough openings, which we preassemble. 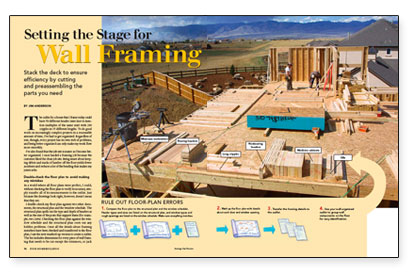