Choose the right products to prevent failure at the 6 most critical connections.

I used to hear people say, “It’s just a deck. Anyone can build a deck. What’s the big deal?” When the deck pulls off the side of a house or when the railing gives way, though, it is a big deal. People can get hurt; they can even be killed.

With tragic deck collapses mainstream news in towns all over the country, code writers and building inspectors have understandably made deck safety a priority. These deck collapses can generally be traced to failure at one of the six critical connections shown in the drawing above. Not surprisingly, hardware makers have focused their products on these same six connections.

Fortunately, the innovative fasteners and steel connectors now available are straightforward to use. Some may even save you time. More important, though, they allow any deck builder, pro or novice, to satisfy code requirements and to build a safer deck.

When a ledger isn’t adequately fastened to the house’s rim joist, it can break free from the house, resulting in a deck that crashes to the ground. The traditional way to fasten a ledger is with 1⁄2-in.-dia. (or larger) lag screws or through bolts long enough to penetrate the house’s rim  joist. The number of fasteners needed depends on the length of the ledger and the anticipated load. Consult the code, your building official, or an engineer for the number of bolts or lags needed for your project. The drawing below shows proper placement. 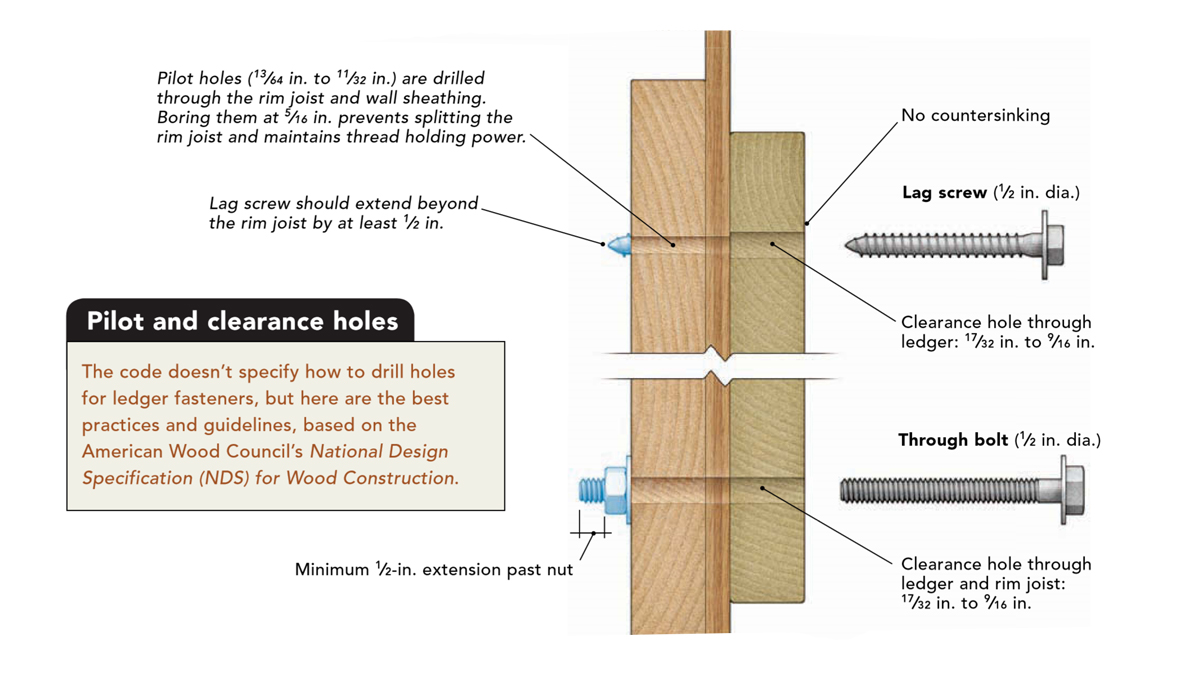 2. Posts to footing and framing.

If gravity were the only force conspiring against your deck, the posts might be fine just resting on their footings. But there’s also uplift from winds, and shaking from people and from seismic activity. Building codes require mechanical connections at the bottom of the deck post where it meets the footing and at the top of the post to tie into the framing. 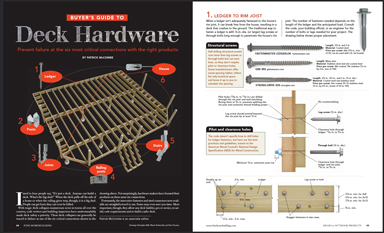