Take a close look at the forces at work on a deck and the hardware designed to keep things in check.

Synopsis: Code now requires areas of a deck that used to get nothing more than framing nails to have metal connectors designed especially for the task. Curious about the purpose and function of all this hardware, Fine Homebuilding invited Simpson Strong-Tie’s David Finkenbinder, a mechanical engineer and product designer of deck connectors, to spend a few days on a job site as we documented the building of a typical ledger-attached raised deck. 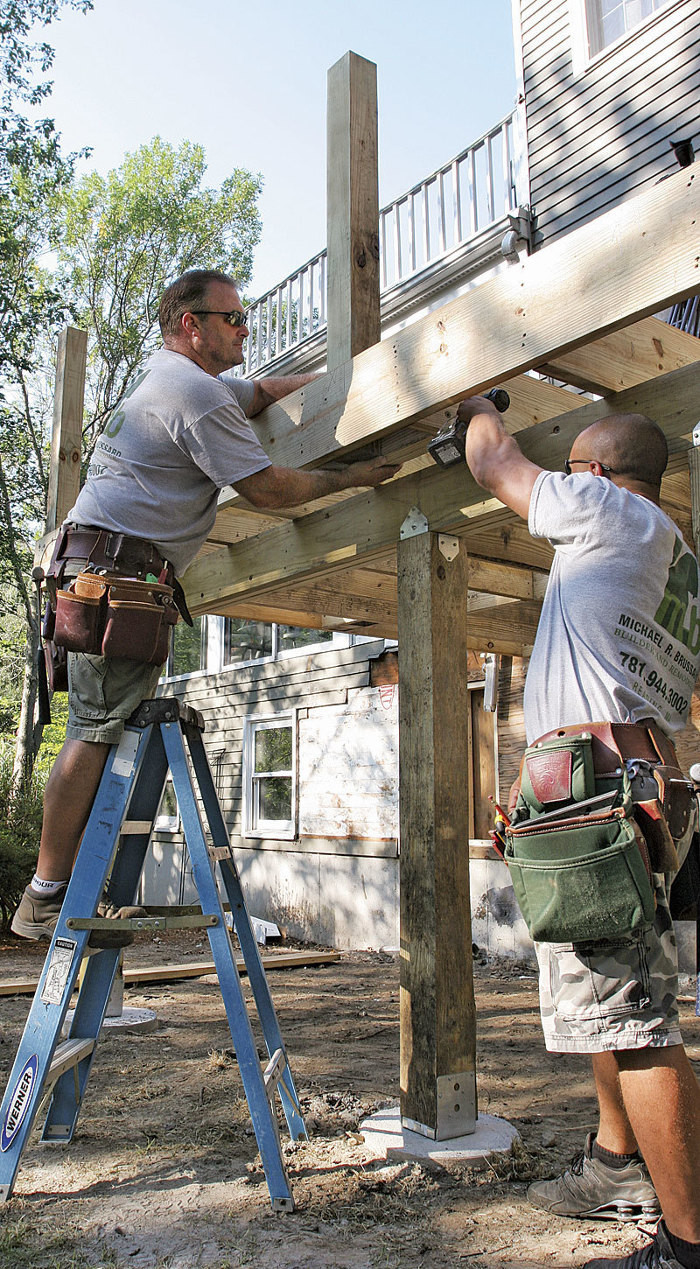 Ten or 15 years ago, the most advanced pieces of hardware you’d find on a typical deck would be bolts and joist hangers. But for the last several years—due in part to increased public awareness surrounding catastrophic deck failures, as well as complaints about the woefully inadequate treatment of decks in code books—decks have been a hot topic among code officials and builders. As the 2015 version of the IRC is adopted, decks will be subject to code provisions that are more explicit and comprehensive than ever before.

Many of the most critical connections rely on metal hardware. Curious about the purpose and function of all this hardware, we invited Simpson Strong-Tie’s David Finkenbinder, an engineer and product designer of deck connectors, to spend a few days on a job site as we documented the building of a typical ledger-attached raised deck.

During the build, we peppered David with questions about the forces at work on a deck, how the hardware was designed to counteract those forces, and which details builders often get wrong. Here are some of the lessons we learned, which include some information not typically accessible to builders in the field.

If decks only had to resist gravity, engineers would have it much easier. In reality, a deck not only has to support and transfer its own weight, but it must also support its occupants, the forces of their movements, and the forces of nature. To protect decks from failure and occupants from injury, building codes require reinforcements, including hardware and metal connectors. Some pieces of hardware are continuously at work, and others are there only to provide insurance against failure during periods of high stress.

Gravity loads: Gravity loads act vertically. They are transferred from the deck into the house framing via the ledger, and down to the ground via the beam, posts, and footings. A deck’s dead load is the total weight of the deck and its individual materials, including beams, joists, decking, and railings (typically calculated at 10 lb. per sq. ft.). Live load is everything added on top of the deck, such as the weight and movement of people (typically 40 lb. per sq. ft.), and the weight of stationary items such as furniture and grills. Although not technically a gravity force, occasional uplift from strong gusts of wind or steady uplift created by overhanging framing are also best included in this category.

Lateral loads: Direct-bearing connections exist where wood is resting directly on top of wood, or where those pieces are separated only by a metal plate. In these cases, the hardware is there to ensure that the pieces of wood stay connected when subjected to horizontal forces. Such forces may include wind, earthquakes, and human activity on the deck. The codes that protect a deck against lateral loads are based on ongoing research but are essentially judgment calls based on what engineers consider safe tolerances. 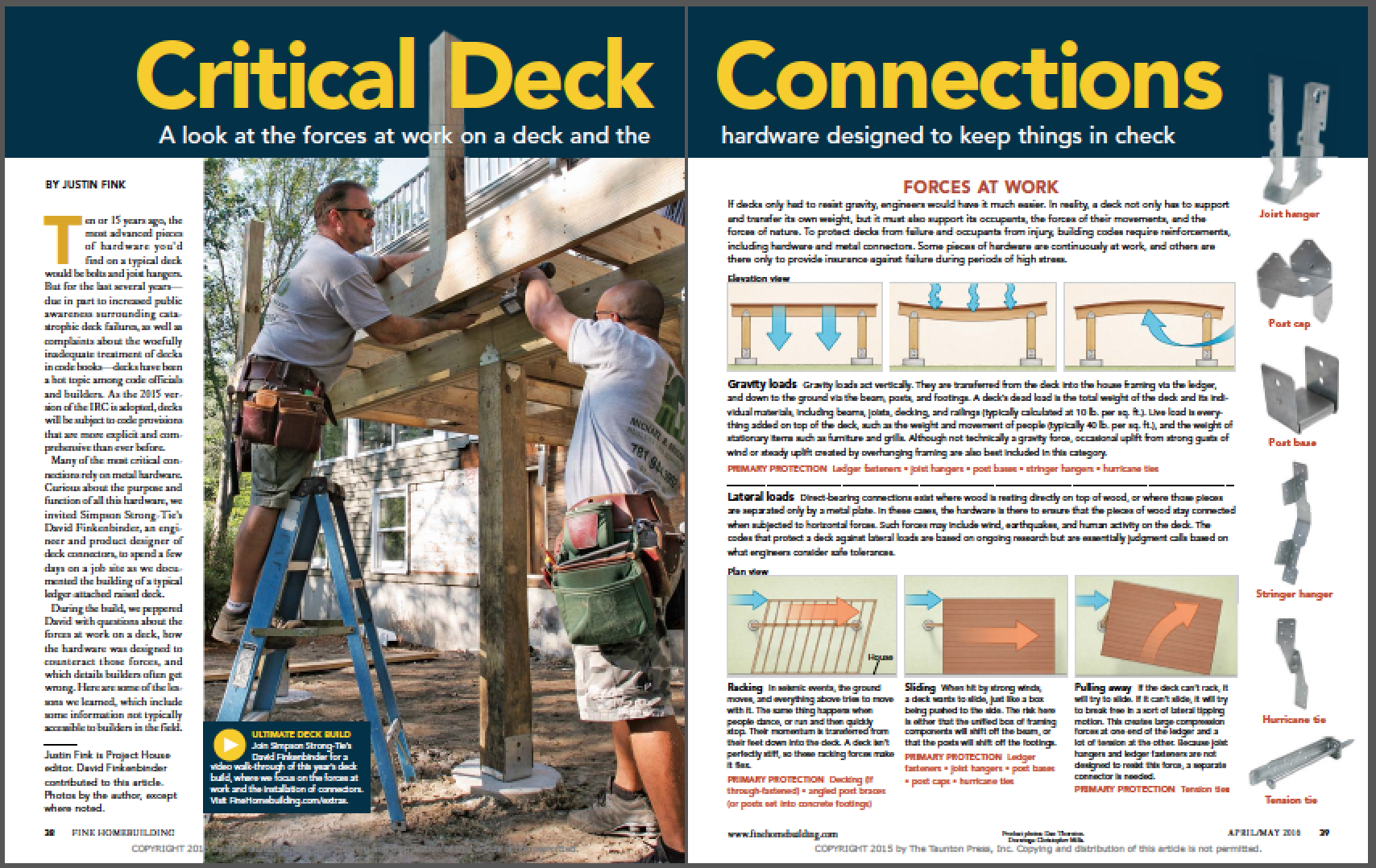