The Complete Guide to Building Second-Story Deck Over a Patio

Angled planks and a custom railing make this deck special. Here’s how to make it your own.

My company designed and built the deck profiled here to replace a relatively new deck whose code violations were too numerous to mention. Our clients, who live in an Atlanta suburb, had asked us to integrate the new deck with an existing grade-level patio and to use materials that would perform well and look good for many years. Because they liked the look of natural wood but wanted to minimize maintenance, we used vertical grain pressure-treated decking kiln-dried after treatment (KDAT). The frame and railings are pressure-treated as well, and the balusters are aluminium.

A crew of three built this deck. They established the ledger, erected the beam, and then filled in the framing. Decking was installed next, followed by the footings, posts, railings, and stairs. To be efficient, we didn’t wait to complete each stage of the process before moving to the next. While one carpenter was starting the layout for one phase, the other two could finish the previous phase.

Because the ledger is connected to the house’s framing, it must be flashed to prevent water from getting behind the ledger and into the framing, where it could compromise the attachment points and cause the deck to separate from the house. I use three pieces of vinyl flashing, bending the bottom piece into a “Z” to fit behind the ledger. For more protection, use self adhesive membrane as the final piece, which laps over the top.

We use a post-and-beam cantilever method rather than a doubled outer-deck band. Cantilevering deck joists over a carrying beam creates a stronger structure that minimizes the distance the joists have to span. In turn, this increases the deck’s live-load capacity, or its ability to carry weight beyond that of the deck itself. This method also makes it easier to include bays and bump-outs in the deck’s design without locating a post at every corner. 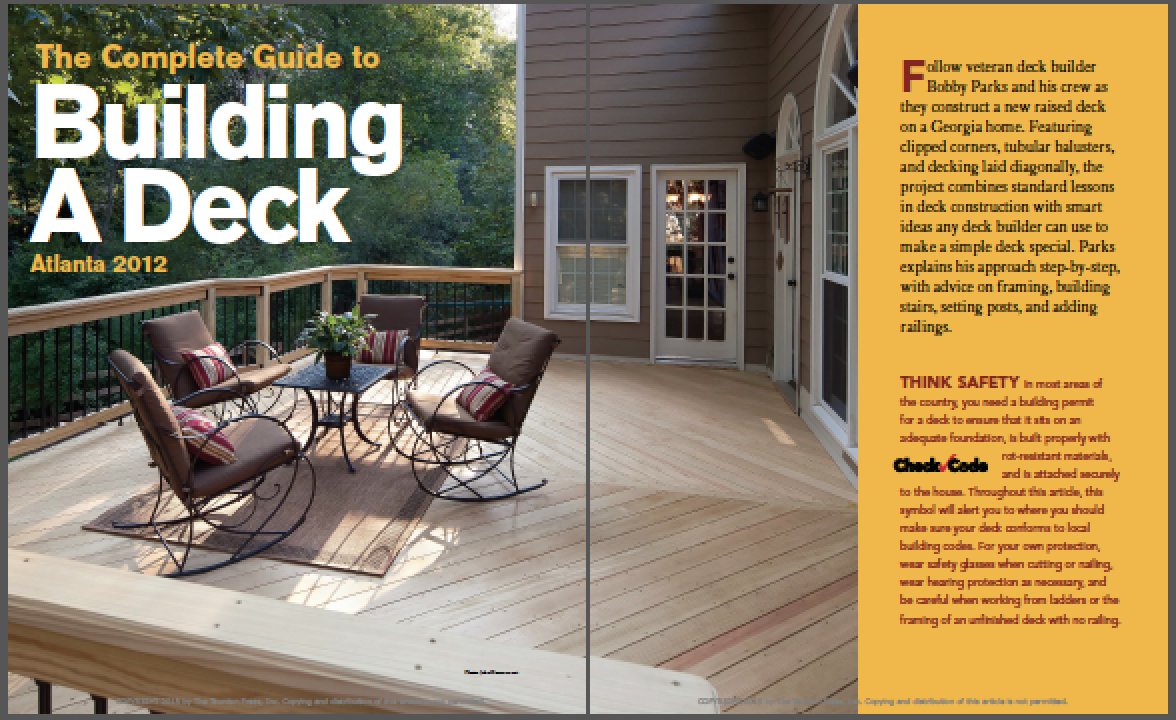 View PDF
Previous: Ultimate Deck Build Next: How to Build an Elevated Deck