Framing the Stairs for an Elevated Deck

Pro deck builder Bobby Parks builds stairs from the top down on this second-story deck.

Deck stairs should be situated so that they create practical traffic and egress patterns. I like to design stair locations so that the foot traffic from the house to the stairs doesn’t interfere with the prime deck territory along the outer rail. Placing the stairs at a right angle from the house keeps them from interfering with views from below the deck.

We build stairs from the top down. First, we hang the stringers from the upper landing. After building the lower landing to the correct height, we build the two-tread run that connects the landing to the concrete pad at the base of the stairs. Like framing a deck on temporary posts and then locating the footings, building stairs this way takes some getting used to, but in the long run, it creates fewer errors. 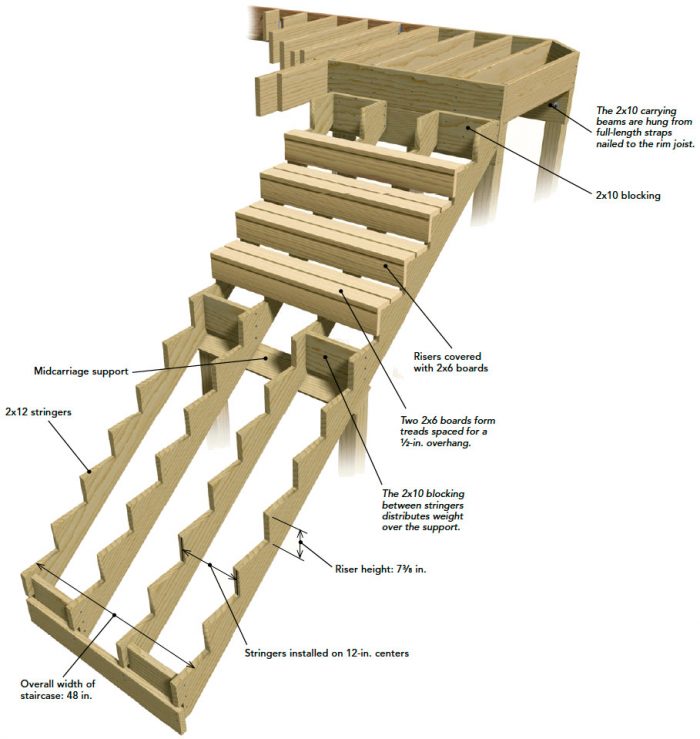 Check Code: The maximum recommended height for deck-stair risers is 7-3⁄4 in., according to the IRC, which dictates other limits as well with regard to deck-stair construction. Be sure to consult the code or your local code official before designing stairs.

When the upper portion of the stairs has been framed and braced, we locate, dig, and pour the lower landing’s post footings. Placed on the footings, short 6×6 posts are notched to support doubled 2×8 beams that in turn support the landing’s frame. After the landing is framed, we know the exact position and height of the concrete pad that anchors the last stair carriage. Once the pad is set, we can complete the stairs. 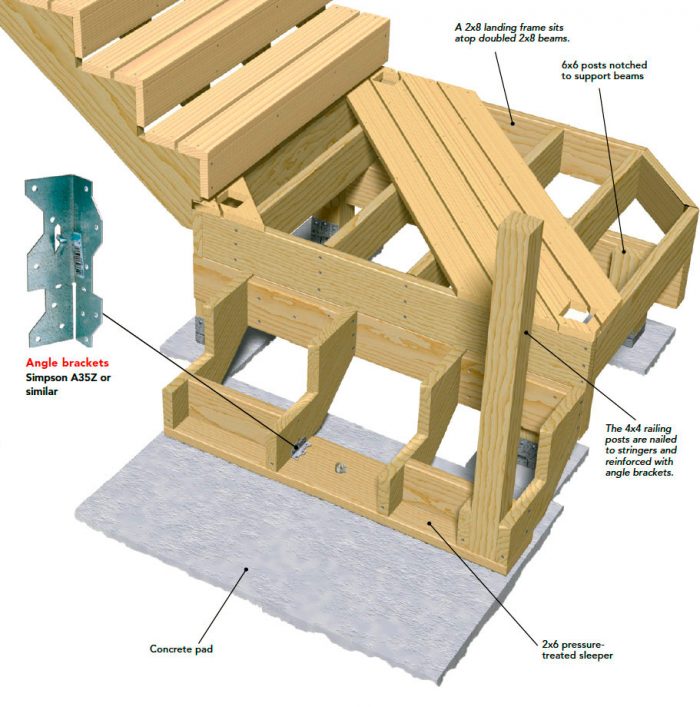