Size a concrete footing for solid support without digging more than you have to.

The 2018 IRC introduced Table R507.3.1 Minimum Footing Size for Decks and it makes sizing concrete footings for a deck simple. 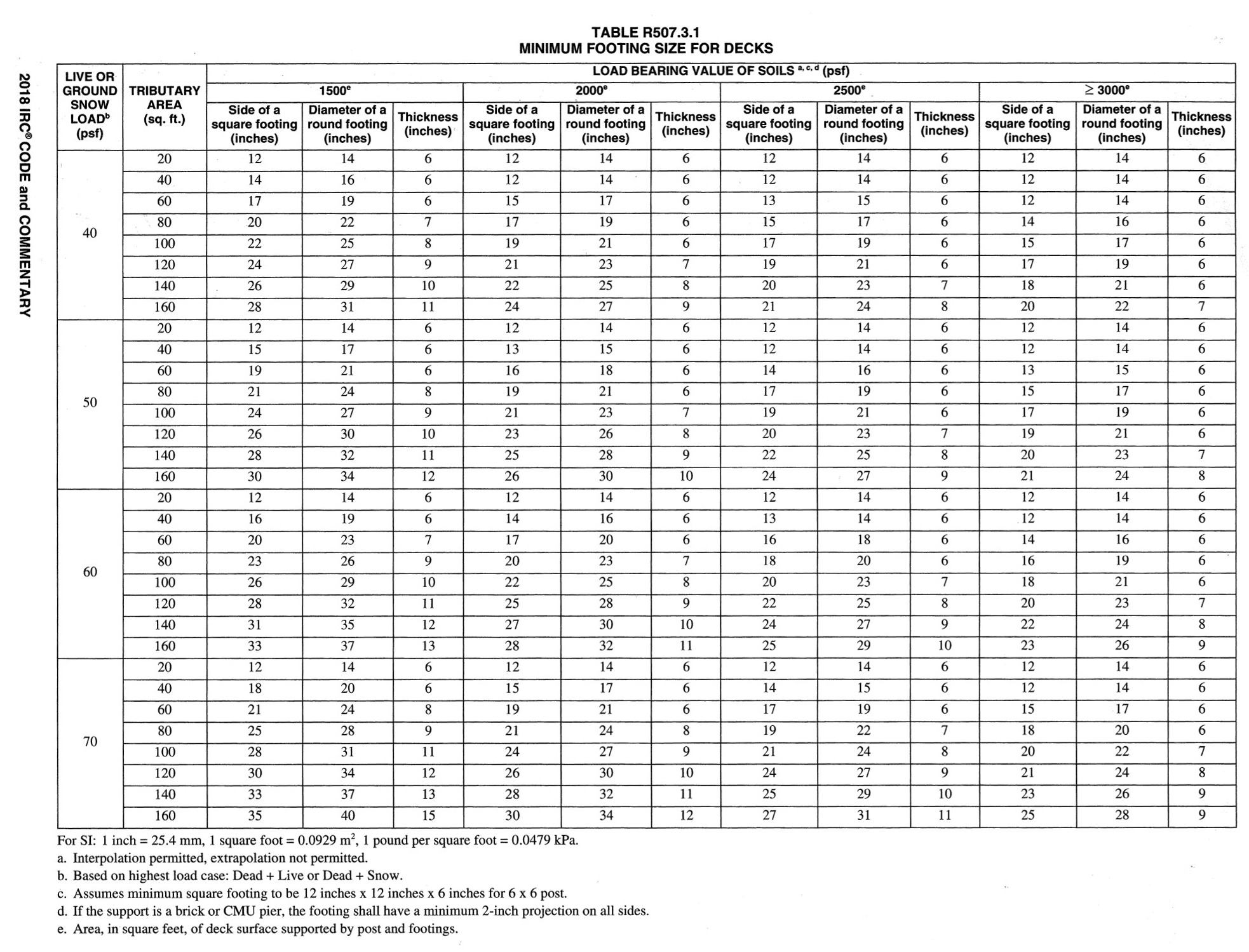 To determine the size of a footing:

There are three sub-columns for each Load Bearing of Soil column:  Side of a square footing, Diameter of a round footing, Thickness.  You can decide to make the footing square or round.